In transitioning from medical school to residency, trainees are given considerably more responsibility in the clinical setting. In life, too, medical residents are confronting new terrain, including managing more complicated finances.

Follow these four essential bits of financial advice for medical residents so that you can focus more of your mental energy on getting the most out of your training.

The average yearly salary for a first-year medical resident is about $52,000 in the United States, according to the recruiting website Glassdoor. But that does not mean that you will have $4,333 each month to spend as you see fit. According to certified financial planner Chad Chubb, the likelihood is that your net monthly income, after taxes and employer deductions, will be about $1,000 less.

There is across-the-board consensus—from fellow residents who have had experience in living on a comparable salary to financial experts who have worked with young physicians—that it is critical to put together a realistic budget and to stick to it as best you can.

Chubb and other financial experts offer a monthly budget that would resemble this: 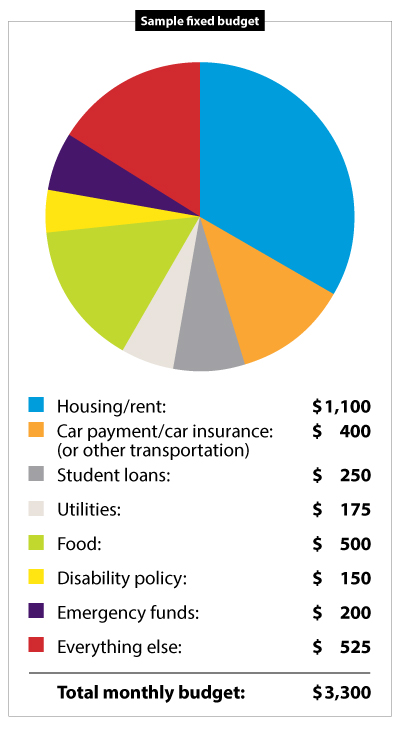 An AMA Insurance Agency survey of U.S. medical residents released in 2017 found that the group has numerous financial concerns.  Among survey respondents, 34 percent of residents said they were “very concerned” about paying off their student loans, making it the top financial concern among residents.

As burdensome as loan debt can be, paying off medical school loans as quickly as possible should not necessarily be the top priority. Instead, experts suggest saving 15 percent of one’s income in an emergency fund and prioritizing payment of debt with the highest interest rates—including mortgages, car loans and consumer debt.

McKinley Glover IV, MD, MHS, is a fellow in diagnostic neuroradiology at Massachusetts General Hospital, who completed his five years of residency in Boston. He was determined to adhere to a budget and “pay myself for retirement,” he said, explaining that it was important to him to save money from the get-go.

So instead of coughing up $2,500 a month to live solo in a studio or one-bedroom in a fashionable part of the city, he opted to share a three-bedroom, one-bath townhouse with two roommates. There, his share of the rent came to $800 a month.

Invest in your future

Invest in your future

If your workplace provides retirement account plans—and almost all do—take advantage of them and any matching-funds options offered. You know the $525 in your monthly budget for “everything else?” Put several hundred dollars of it into a 403(b), and watch your savings grow over time.