There are a number of reasons for the projected physician shortage and a number of solutions to the problem have been identified—and they all have one thing in common: the need to get started right away. 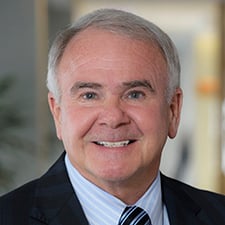 “Because it can take up to a decade to properly educate and train a physician, we need to take action now to ensure we have enough physicians to meet the needs of tomorrow,” AMA President Gerald E. Harmon, MD, wrote in a recent Leadership Viewpoints column. “The health of our nation depends on it.”

The U.S. faces a projected shortage of between 37,800 and 124,000 physicians within 12 years, according to The Complexities of Physician Supply and Demand: Projections From 2019 to 2034 (PDF), a report released by the Association of American Medical Colleges (AAMC).

Specific AAMC projections by 2034 include shortages of:

This includes shortages of:

The AAMC reports that physician shortages hamper efforts to remove barriers to care. If populations that are underserved by the health system had health care-use patterns similar to populations with fewer access barriers, the U.S. would be short between 102,400 and 180,400 physicians.

“The urgency is now,” Dr. Harmon said during a recent episode of the “AMA Moving Medicine” podcast with Janis M. Orlowski, MD, the AAMC’s chief health care officer. The two engaged in a freewheeling chat that touched on the physician shortage crisis, the solutions to help overcome it, and drew on their own personal experiences in medicine. 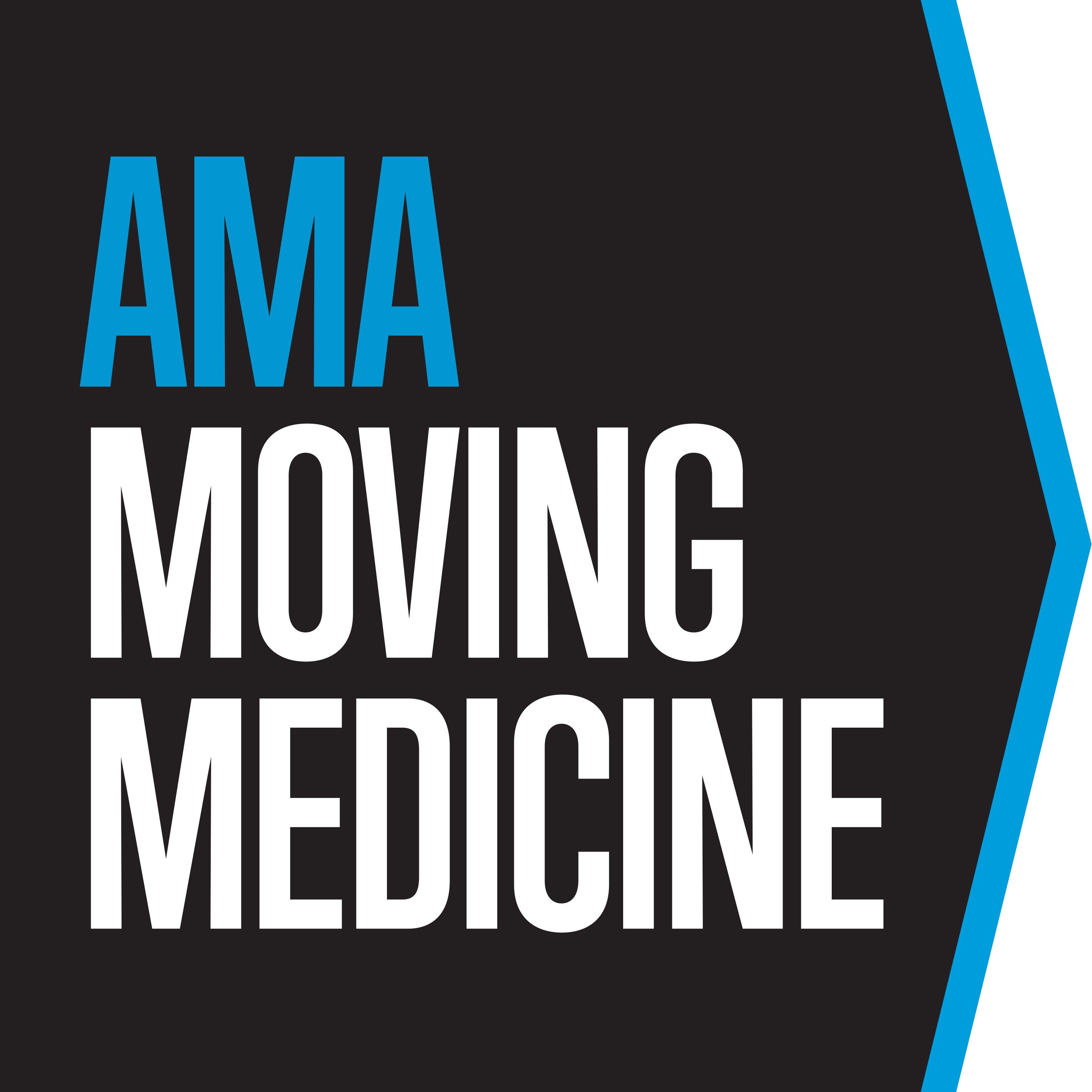 Doctor shortages are here— time to act, Drs. Harmon and Orlowski weigh in

Not just about tomorrow

Not just about tomorrow 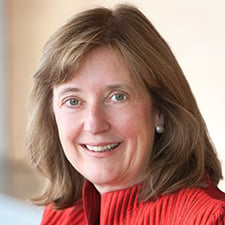 It is imperative to begin working toward a solution as soon as possible.

“We talk about a worsening physician shortage, but I want to make sure that people understand that there's a physician shortage today,” she said, adding that—according to data from the U.S. Health Resources and Services Administration (HRSA)—“there is a shortage right now.”

HRSA data studies shortages in  primary care and psychiatry and finds significant shortages in both areas today, Dr. Orlowski said, adding that a shortage of general surgeons in rural communities is also a problem.

“The way that it will manifest is that people will have increasing difficulty accessing health care and accessing physicians,” she explained. “You probably, anecdotally, have heard stories where someone needed to see a specialist and it took six or eight weeks to see a cardiologist or a GI specialist, and I think that access is going to continue to be more and more difficult.”

Dr. Harmon, a family physician in South Carolina, noted that—along with managing his patients’ conditions—he must now manage their expectations, as well as his own.

“As a family medicine specialist myself, I find that those issues are present with me now,” he said. “When I make referrals to various specialists, because they're not as geographically close and there are not as many as I need for the particular urgency of the situation, it is quite a challenge.”

This is not to say the number of physicians in the U.S. isn’t growing—it’s just not rising fast enough. The U.S. had just over 1 million licensed physicians in 2020, up 19.8% from the 850,085 it had in 2010, according to the Federation of State Medical Boards biennial physician census (PDF).

According to the AMA Masterfile, there are more than 818,000 physicians involved in direct patient care, with almost 145,000 in residency training. Almost 202,000 physicians are inactive or semiretired and almost 43,000 spend more time in administrative, teaching or research roles than in patient care.

The U.S. Census Bureau estimates the country’s population grew 7.4% during that same 10-year period: to 331.5 million from 308.7 million. It is projected to climb to 363 million by 2034, with 22.9 million—or two-thirds of the growth—estimated to be people 65 or older who will require more care as they age.

“The growth in the U.S. population, that’s a big factor,” said Dr. Orlowski, explaining what is driving the AAMC’s physician shortage projections. “No. 2, right behind it, is the aging population.”

How an aging nation, COVID-19 stretch the doctor workforce thin
Early retirement beckons for many

Early retirement beckons for many

“They’re burned out,” he said. “They’re fatigued both emotionally and physically, and they're overwhelmed with the burdens of practicing medicine and the impediments that we face as practicing physicians every day: barriers to delivering care in an equitable manner, from electronic health records to prior authorization to the cost of medications. It's just an ongoing assault.”

Dr. Orlowski predicted that these trends will continue to worsen with more doctors working fewer hours than the historically long work weeks of physicians, resulting in less access to care.

“We're hearing exactly what you're hearing,” she told Dr. Harmon. “Because of the burden, because of the difficulties in continuing to practice, because of well-being issues, people are either leaving the profession or they're cutting back their hours.”

As part of its advocacy for physician well-being, the AMA supported passage of the Dr. Lorna Breen Health Care Provider Protection Act, recently signed into law by President Biden and named for the New York City emergency physician who took her own life after weeks of grueling duty early in the COVID-19 pandemic. The measure named in her honor will help raise awareness of the mental health needs of physicians while developing evidenced-based programs to better support physicians and other health care workers.

“The No. 1 issue right now for us is to take a look at physician well-being and making sure that physicians feel comfortable continuing to practice, that the irritations of practice are minimized,” Dr. Orlowski said. “The AMA has been a good partner.”

Among other things, the AMA is fighting to remove obstacles to care such as prior authorization and to ease young doctors’ financial burdens given that the typical new MD or DO graduates with about $200,000 in medical student-loan debt. High debt contributes to physician shortages in rural and underserved areas by driving new physicians to seek higher-paying positions in larger cities.

The AMA supports the bipartisan Resident Education Deferred Interest Act that would allow borrowers to qualify for interest-free deferment on student loans while serving in a medical or dental internship or residency program. Read how Congress can save resident physicians $12,000 a year.

No shortage of medical students

No shortage of medical students

Medical schools have done their part to alleviate the dearth of doctors. The number of medical school students in the U.S. has grown almost 37% over the past two decades to 95,475 in 2021 from 69,718 in 2002, according to the AAMC.

Last year, U.S. medical schools saw a record number of applicants—62,443. That represents a 17.8% jump from the previous year.

Dr. Orlowski called this “the one ray of sunshine” among the dire news related to looming physician shortages and the pandemic’s ghastly death toll.

“I find it just wonderful to hear,” she said. “A year ago, during the absolute height of the COVID pandemic, we saw an 18% increase in the number of individuals who applied to medical school.”

Dr. Orlowski believes that observing the heroic efforts of physicians working to help patients during the pandemic must have inspired so many students to apply.

Dr. Harmon noted that the view of medicine as an admirable profession has been raised during the pandemic.

“If there are some silver linings to this cloud of the COVID pandemic,” he said, “telemedicine is one, innovative opportunities to take care of patients is another and—as you said—a renewed sense of purpose.”

Amid doctor shortage, NPs and PAs seemed like a fix. Data’s in: Nope.
More GME is essential

On the flip side, the number of Medicare-funded residency positions in which new doctors can train has stagnated since the Balanced Budget Act of 1997 capped the number of positions at existing programs. Despite demand, growth has moved forward at rates below 3%.

The AMA and AAMC are members of the Graduate Medical Education Coalition that supports the bipartisan Resident Physician Shortage Reduction Act of 2021 (S. 834/H.R. 2256) that would gradually provide 14,000 new Medicare-supported GME positions.

There were 149,200 active residents and fellows in training during the 2020–2021 academic year, which was 2.9% more than the previous year, according to the Accreditation Council for Graduate Medical Education.

Funding for 1,000 new Medicare-supported GME slots was included in the $2.3 trillion Consolidated Appropriations Act of 2021. The legislation calls for up to 200 positions being added annually with the stipulation that no hospital can receive more than 25 new full-time equivalent residency positions in total.

Both physician leaders described the funding as a step in the right direction but nowhere near enough to hold off the projected shortages in the physician workforce.

Dr. Orlowski pointed to growing involvement of state and local governments as well as private health systems in funding GME as a needed and positive development.

Learn why the Centers for Medicare & Medicaid Services must not hamper use of 1,000 new GME slots.

Growing the number of residency positions is one of three things that Dr. Orlowski said must happen to “stave off this crisis.”

The other two are wider use of technology and supporting physician-led team-based care. She cited telehealth, electronic referrals and consults, and asynchronous patient communication and monitoring as technological solutions.

“There's a number of different technology solutions that the physician and his or her team can utilize to improve access and to improve physician oversight without everything having to be a direct physician-to-patient experience,” she said. Regarding team-based care, she noted that attention must be given to training and recruiting all members of the team.

“We know that medicine is a team sport right now, and I think what we have to do is continue to educate and continue to build strong teams,” Dr. Orlowski added. Among the AMA STEPS Forward offerings are many toolkits designed to enhance physician-led team-based care, including in the context of telemedicine.

As for the message Congress and the federal government, the word from physicians has been and continues to be clear, Dr. Orlowski said.

“Wake up. Look at what the shortage is, and—if we are going to affect the worsening shortage that we anticipate in 10 to 15 years—we must act today,” she said. “It is absolutely needed.”