For the first time in over a year, people have been feeling a sense of hope that the pandemic might be dispersing to the background, allowing a return to some sort of normalcy. But experts warn not to let your guard down just yet because of the quick spreading and contagious COVID-19 Delta variant.

What you need to know about COVID-19

Explore top articles, videos, research highlights and more from the AMA—your source for clear, evidence-based news and guidance during the pandemic.

Two physicians took time to share what patients need to know about the Delta variant: AMA Chief Health and Science Officer Mira Irons, MD, and Sandra Fryhofer, MD, an Atlanta general internist and Chair-elect of the AMA Board of Trustees who serves as the AMA’s liaison to the Centers for Disease Control and Prevention’s Advisory Committee on Immunization Practices (ACIP). Dr. Fryhofer also is a member of ACIP’s COVID-19 Vaccine Work Group.

Understanding the Delta variant is “really important and it’s a concern,” Dr. Irons said during an episode of the “AMA COVID-19 Update” about vaccination rates and new CDC studies.

“Health authorities in Britain, which leads the world in genomic surveillance, say the variant is involved in more than 90% of a new surge of cases that has now delayed England's reopening,” she added. “Some experts say that Britain's vulnerability might be at least partly explained by the country's decision to delay second doses to stretch the supply of first doses.

“But while fully vaccinated people are amply protected against the Delta variant, people with only a single dose remain vulnerable according to public health authorities,” Dr. Irons explained.

“The CDC director, Dr. Rochelle Walensky, said that the Delta variant would probably become the country's dominant strain in coming months,” she added.

Most contagious and severe variant

Most contagious and severe variant 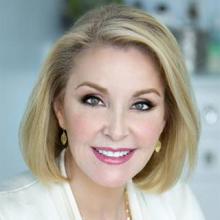 “India's B.1.617.2, aka the Delta variant, is the newest CDC variant of concern,” Dr. Fryhofer said during an episode of the “AMA COVID-19 Update” about COVID-19 vaccines and variants. “Experts say Delta's a super spreader.”

“WHO says it's already spread to at least 80 countries,” she explained, noting that “it's about 60% more transmissible than B.1.1.7, the U.K. variant, now newly named the Alpha variant.

“Delta is now the dominant variant in the U.K.” and it is “probably the most contagious variant we've seen yet, and it's here in the U.S.,” Dr. Fryhofer said.

“Even though this variant is hyper transmissible, a full vaccination series seems to protect against it, but you need both doses of a two-dose series—one mRNA vaccine dose may not be enough,” she added.

“We know that it appears to be both more contagious and more severe than earlier versions of the virus,” explained Dr. Irons explained during a separate episode of the “AMA COVID-19 Update” on vaccination efforts and Novavax. “We're seeing patients becoming sicker and their conditions are worsening much more quickly.

“That's why many experts are concerned that cases will eventually start to rise as Delta becomes the dominant form of the virus,” she added. “But again, the one very big piece of encouraging news: The vaccines continue to work extremely well against the variants based on evidence we have so far.”

There are other variants of concern

There are other variants of concern

“Each variant now has two names—an alphanumeric name, it's so-called Pango lineage, or Pangolin for short—and now, a new label from WHO which assigns each variant with a letter of the Greek alphabet,” she added. “This was done to make it easier for the public, but which name to use will likely depend on who the audience is. Scientists will likely use the alphanumeric system. Physicians will need to know both.”

“The main variant circulating here in the U.S. is still the B.1.1.7—the Alpha—also called the U.K. variant. Our vaccines work against this one,” Dr. Fryhofer explained. “Next, there's the B.1.351, the South Africa variant, also called Beta.

“Both Alpha—B.1.1.7—and Beta—B.1.351, the South Africa variant—are 50% more transmissible than the original strain,” she added. “The South Africa variant's one of the most resistant to vaccine neutralization. So is the P.1 variant, aka the Gamma variant first detected in Japan and Brazil.”

“The B.1.42s are COVID variants first identified in California in February 2021 and put on the VOC list in March,” Dr. Fryhofer noted. “They're both referred to as Epsilon. Although they were downgraded by CDC to VOI [variants of interest] on June 25, they are still the radar.”

“We will probably all need a booster. The question is of what and, of course, when? And are there certain people who may need them first?” said Dr. Fryhofer, adding that “we're still trying to determine the correlates of protection.”

“As long as people keep getting infected, new variants will appear. It's like the children's game telephone—every time the message is repeated, it changes,” Dr. Fryhofer added. “I worry about patients, for example, those with severe B-cell defects and those on immunosuppressants that don't develop a good immune response after vaccination.”

“I also worry about variants gone wild. When those unprotected people get COVID, especially if they have long sustained viremia, that's why everyone needs to be vaccinated—to protect them and those around them,” she explained. “With this new contagious Delta variant on the scene, it may not be a matter of the vaccinated versus the unvaccinated but instead those vaccinated and those infected.

“And some of those infected may be asymptomatic but could still spread the virus to more vulnerable people,” Dr. Fryhofer added.

What the NBA “bubble” can teach us about COVID-19

“The situation continues to look reassuring for anybody who's vaccinated and if I can boldface and highlight those words, those are the important words, but has become more worrisome for anybody who's not, largely because of the Delta variant,” said Dr. Irons.

“A substantial share of Americans, close to one-third, remain hesitant—for a variety of reasons—about getting vaccinated,” she explained. “And those unvaccinated Americans will remain vulnerable to COVID outbreaks and to serious symptoms or even death.

“The best performing vaccines vastly reduce the number of COVID cases of any kind and virtually eliminate death,” she said. “The clearest place to see this pattern is Britain where the Delta variant has spread widely and where the vaccination rate is high.

“In Britain, there is still no sign of an increase in deaths well after the strain has become dominant,” Dr. Irons added, emphasizing that “the message is clear: Get vaccinated.”

The AMA has developed frequently-asked-questions documents on COVID-19 vaccination covering safety, allocation and distribution, administration and more. There are two FAQs, one designed to answer patients’ questions, and another to address physicians’ COVID-19 vaccine questions.