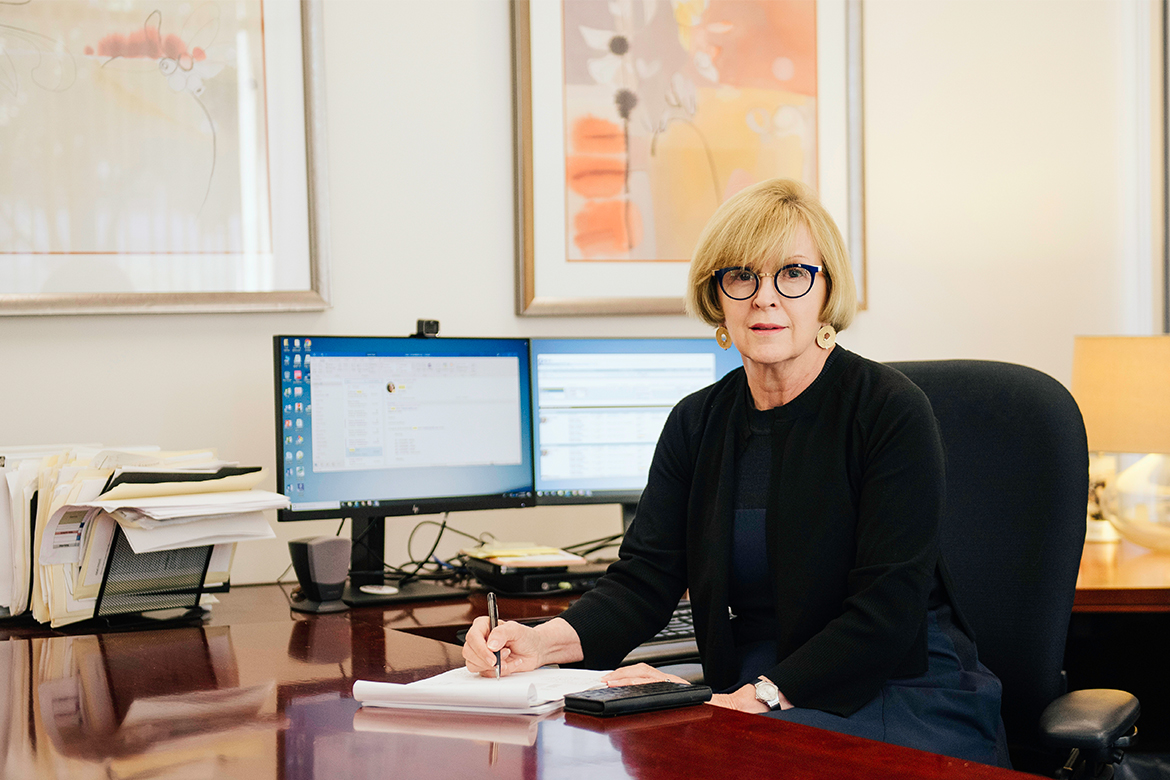 On an ordinary morning in 2010, a man in his 50s arrived at a Henry Ford Medical Group office in Detroit for a psychiatry appointment. He too was ordinary—middle class, married, two kids. He hunted in his spare time. Lots of Michiganders do.

But in the last few years he’d had several hospitalizations for depression, and he had once attempted suicide. He was there for a checkup. His wife was with him.

“Do you have any guns in the home?” his psychiatrist when taking a history.

The psychiatrist explained the risks, including that once you’ve had three major depressive episodes—as this man had—your risk of having another is around 90%, and that firearms account for more than half of all suicides in the U.S.

“I’m hoping we can get the gun out of your home,” the psychiatrist said. “Do you have anyone you can give it to?”

“Yes, I have a brother. He works in law enforcement,” the man said, and he promised to take care of it.

Soon after, the psychiatrist called the man’s wife to confirm that the gun was no longer in their home. She confirmed it wasn’t.

Over the next several years, the man continued in treatment and improved significantly through a combination of psychotherapy and medication, and his depression went into remission. His psychiatrist set his checkups for every six months.

“If you notice any problems,” the psychiatrist told the man and his wife, “give me a call.”

Then one evening, the man’s wife came home and found him cleaning his gun. Hunting season was coming up, so she didn't think much of it. She put herself to bed. Shortly after, she was awakened by a gunshot. He had killed himself.

“He had been doing well for a couple of years,” his wife later told the psychiatrist. “We didn't think the gun mattered anymore, so we gave it back to him.”

A goal of zero suicides

A goal of zero suicides

By then, stories like this were vanishingly rare in Henry Ford’s behavioral health patient population. In fact, in the previous year, not a single mental health patient had died of suicide.

This wasn’t accidental or just a blip in outcomes. Zero suicides was the top-level goal when the behavioral health services division imagined its Perfect Depression Care initiative, in 1999. It grew out of a challenge from a grantor: Create a program that would demonstrate “perfect health care.”

“Our psychiatry team had a long debate about what they could do for patients diagnosed with depression and what they could do about suicide specifically,” says Cathrine Frank, MD, chair of Henry Ford’s psychiatry/behavioral health service line and one of the architects of the zero suicides concept. “One of the questions they asked themselves was, ‘What’s the acceptable number of suicides in the population we’re managing?’ They decided the only perfect outcome would be zero suicides, so we designed a program to try to eliminate it entirely.”

It wouldn’t be easy in Detroit, where many people keep firearms not just for hunting but also for personal safety. In addition, there was a dearth of research on how individuals had used health care prior to killing themselves.

But the psychiatry staff had several things going for them. For starters, suicide is often a very impulsive act, and restricting access to lethal means is an evidence-based intervention to reduce suicide risk. Frequent discussion of weapons in the home—and corresponding weapons sweeps by family members—would become a cornerstone of the initiative.

“Contrary to conventional wisdom, talking about weapons or how a person envisions dying doesn’t put suicidal thoughts in their heads,” says Dr. Frank, who first joined Henry Ford in 1986. “It does, however, give their doctors and other care providers an opportunity to intervene by having the patient remove those items that they might use to end their lives.”

It can also be diagnostic. If a patient reveals, for example, that he used to keep a firearm in a gun safe but he recently moved it to the closet, or under the bed, or into a drawer in a bedside table, that can indicate a change in his intent.

Improving access to care is another evidence-based intervention to prevent suicides, so the medical group tested new models of care, which included drop-in group visits, same-day evaluations by psychiatrists and department-wide certification in cognitive behavior therapy, and it redesigned patient encounters to reflect the assumption that every patient with a mental illness has increased suicide risk.

Still, some within the medical group thought the goal was unrealistic, even ridiculous. Prior to the initiative, the suicide rate for Henry Ford mental health patients was 100 per 100,000.

Yet by the first year that the initiative was fully implemented, 2002, it had already produced an 80% reduction. And by 2009, that moonshot—zero suicides—had been achieved. And for the period 1999–2010, the average annual suicide rate was cut by two-thirds, while the suicide rate among Michigan’s general population had steadily increased. 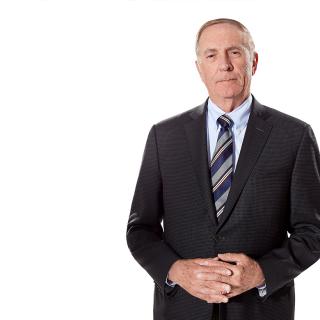 “The NRA pushed the Dickey Amendment through Congress in 1996, and that pretty much ended research on gun violence by the CDC,” says William A. Conway, MD, executive vice president of Henry Ford Health System and CEO of Henry Ford Medical Group, referring to the National Rifle Association and the U.S. Centers for Disease Control and Prevention. “And then similar legislation passed in 2012 aimed at the NIH (National Institutes of Health).”

A study published in JAMA in 2017 noted that “although the legislation does not ban gun-related research outright, it has been described as casting a pall over the research community.” The study examined federal funding and the frequency of research published on the 30 leading causes of death in the U.S. and found both the funding and the publication of gun violence research to be disproportionately low. Gun violence received just 1.6% of the predicted $1.4 billion in funding, and relative to mortality rates, it was the least-researched cause of death.

A provision dropped into a 2018 federal omnibus bill gave a green light to the CDC to study gun violence, but as Dr. Conway noted in a Modern Healthcare commentary soon after, Congress would still need to appropriate funding. It never did.

“The epidemiological research is an important part of this,” says Dr. Conway, a pulmonologist who did his internal medicine residency and a pulmonary medicine fellowship at Henry Ford in the ’70s. “For a disease that kills nearly 40,000 people a year, we have very little knowledge of its causes. We’ve been pushing hard to get support from the CDC, but that could be a long wait.”

Given all this, Henry Ford has moved ahead with a robust research program that has included studies on:

The last of these, funded by the NIH, is a five-year study being conducted at Henry Ford and five Kaiser Permanente health systems—in California, Colorado, Oregon and Washington. It’s the largest and most comprehensive assessment ever of suicide prevention interventions in the U.S.

Knocking down barriers to health equity
A shared experience

While suicide prevention has been integrated into Henry Ford’s medical operations for some time—for example, by having behavioral health staff in emergency departments and psychiatrists on call in primary care settings—the broader issue of gun safety became a truly organizationwide focus following the mass shooting at the Marjory Stoneman Douglas High School, in Parkland, Florida, in 2018. Henry Ford physicians were among the thousands who turned out in Detroit for the March for Our Lives, and the medical group’s administration immediately began taking on new extra-clinical efforts.

These efforts have included a partnership with the Detroit Police Department and Ceasefire Detroit on community education, as well as a collaboration with Wayne State University on an emergency department-based intervention aimed at violence prevention.

“We don't have an office of gun safety or a hierarchy,” Dr. Conway says. “This is a virtual leadership group. It’s low cost. We're relying on a lot of existing structures in the organization, and a lot of the work is done by email.”

Henry Ford’s government affairs staffers have also been working their political channels, and Dr. Conway thinks they may be close to a legislative breakthrough. Since Parkland, the nation has suffered at least two dozen other mass shootings, including those this year in El Paso, Texas, and Dayton, Ohio, separated by less than 24 hours. Gun safety is now at the forefront of the nation’s consciousness. The AMA has declared gun violence to be a “public health crisis.” Learn more about the Association’s actions and statements on this issue.

Dr. Conway believes the U.S. Senate will eventually be pushed to action, adding that he’s less sanguine in the short term about state-level efforts. “Michigan has gone backwards on all kinds of issues. We don't see much opportunity there until the next election cycle.”

Still, while shootings in Parkland, El Paso and Dayton have added urgency and focus to efforts to improve gun safety, there are, statistically, even more important reasons to tackle the issue.

“Mass shootings, of course, have gotten everybody upset about this, but the vast majority of people are not killed in mass shootings,” he says. “We live in a pretty violent society.”

It’s this universality—the ordinariness of gun violence—that informs much of Henry Ford’s advocacy work, including through professional associations, such as the Michigan State Medical Society, the American Hospital Association and the AMA.

Like almost all of his colleagues in those societies, Dr. Conway chose a career in medicine because he enjoys helping people. But he also chose it because his father had been an entrepreneur and he thought he wouldn’t enjoy the business world.

“Ironically, now I lead a billion-dollar business with more than 1,300 doctors,” he says.

He still considers himself a physician first, but being at the helm of one of the nation's largest and oldest group practices has helped him appreciate the leverage physicians can have when they work as a team.

“If you look at the influence of the NRA, the only thing we have in this country that can rival that is the force of our professional associations,” Dr. Conway says. “The NRA said physicians should stay in their lane, so let it be noted that public health is our lane. If we all get together on this, we can wear them down.”