What’s the news: The U.S. Supreme Court ruled that the Trump administration’s decision to rescind the Deferred Action for Childhood Arrivals (DACA) program was arbitrary and capricious and therefore in violation of the Administrative Procedure Act. As a result, thousands of “Dreamers” working in, or training to join, health care professions will now be allowed to stay in the United States.

It should be noted that, in Part IV of its decision in Department of Homeland Security v. Regents of the University of California, the court ruled that the plaintiffs failed “to establish a plausible inference that the rescission was motivated by animus in violation of the equal protection guarantee of the Fifth Amendment.”

“The AMA has opposed the administration’s decision to end the DACA program since it was announced in 2017, joining 32 other leading health organizations in an amicus brief to the Supreme Court in support of shielding individuals protected by the DACA program—including the nearly 30,000 DACA recipients who work as health care professionals across the U.S.,” Dr. Bailey added. “We believe that the administration’s attempt to terminate the DACA program ignored these individuals’ enormous contributions to our country.”

Chief Justice John Roberts, writing for the majority (except for Part IV), agreed. His opinion reasoned that, when the administration moved to rescind the program three years ago, then-acting Secretary for Homeland Security Elaine Duke “was re­quired to assess whether there were reliance interests, de­termine whether they were significant, and weigh any such interests against competing policy concerns.”

“Duke might have considered more accommo­dating termination dates for recipients caught in the middle of a time-bounded commitment, to allow them to, say, graduate from their course of study, complete their military service, or finish a medical treatment regimen,” Roberts added. “Or she might have instructed immigration officials to give salient weight to any reliance interests engendered by DACA when exercising individualized enforcement discretion.”

“There's extensive reliance on DACA recipients in many facets of society, but particularly in health care where one of the fundamental tenets is ‘do no harm,’” Vandenberg said. “If we strip this population of caregivers out of the system, that's pretty significant harm. We point that out to the court (in the amicus brief) and hope they consider it.”

Why it’s important: Rescinding the DACA program would have delivered a severe blow to the nation’s health care workforce and threatened patient and public health.

“Amid the COVID-19 pandemic that has underscored physician shortages and surging caseloads, DACA recipients have responded to the call by continuing to provide vital patient care,” Dr. Bailey said. “We are pleased that the Supreme Court has recognized that upholding a rollback of the DACA program would have reduced our nation’s health care capacity at a time when we can ill afford it.”

This point was recently echoed by Luis Seija, MD, a resident physician at Mount Sinai’s Sinai Hospital in New York, who appeared in “COVID-19 & Latinx Voices in the Field,” a part of the AMA’s Prioritizing Equity video series.

“I just want to say this is a reminder that DACA recipients are not just physicians, they're pharmacists, they're nurses, they're all the above, everything that we need during a pandemic and beyond,” Dr. Seija said. “They're some of the hardest working and smartest people I know.”

The brief notes that, as of the 2019 medical school application cycle, 65 institutions had admissions policies that included DACA recipients and that there were about 200 medical students, residents and physicians who relied on the immigration policy to work and be eligible to practice medicine in the U.S. 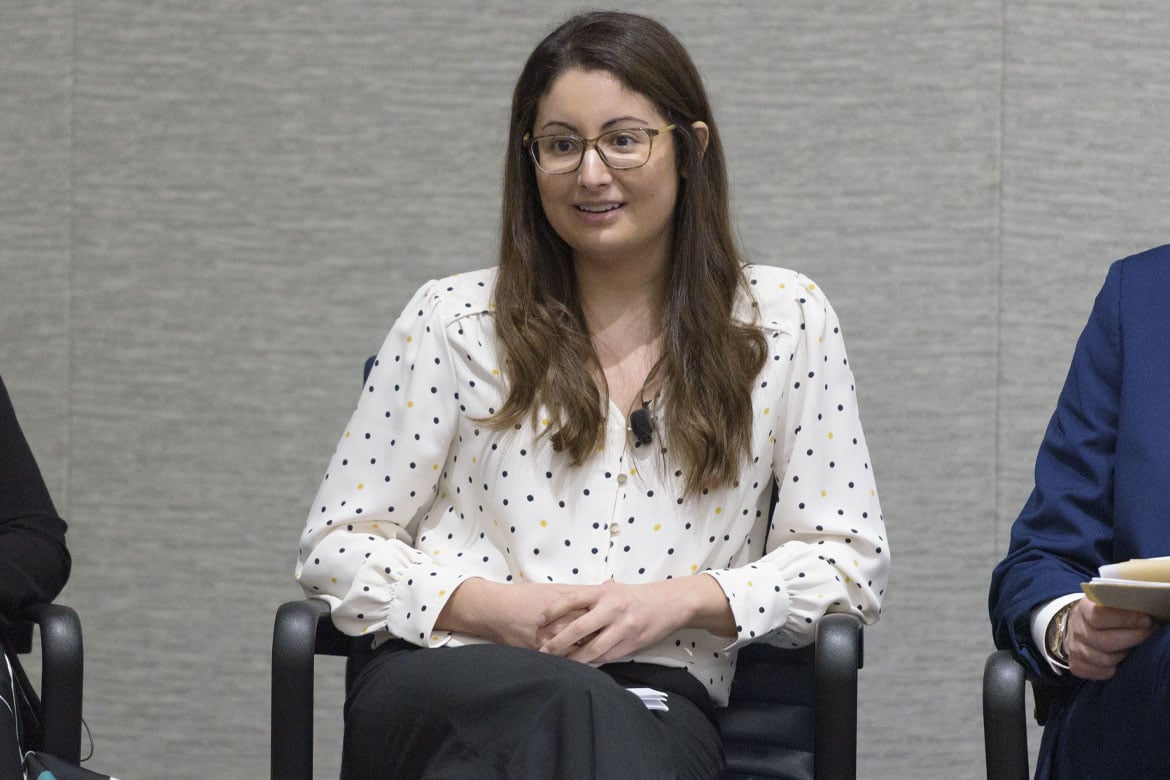 The Supreme Court ruling means that DACA recipients such as Dalia Larios, MD, can continue to train and practice in the U.S.

“Our country relies on the skills and experiences of the hundreds of active physicians, plus medical students and residents who depend on DACA for their eligibility to study, practice medicine and fill crucial gaps in patient care,” Dr. Bailey said. “During their careers, these highly skilled clinicians will care for and improve the lives of millions of Americans while helping to fulfill our goal of a diverse health care workforce that reflects the demographics of the patients we serve.”

If physician trainees and physicians who are DACA recipients retain their work eligibility, each will care for an average of between 1,533 and 4,600 patients a year, according to the brief. Together they will touch the lives of 1.7 to 5.1 million U.S. patients over the course of their careers.

Rescinding DACA would have also been a blow to efforts being made to develop a more diverse physician workforce and to improve health equity.

“Eliminating the DACA program would strike at the heart of our nation’s ideals, upend our immigration system, and harm children brought here by their families or who arrived as unaccompanied minors,” AMA Immediate Past President Patrice A. Harris, MD, MA, wrote in an AMA Leadership Viewpoints column last November, just prior to the Supreme Court hearing oral arguments in the case. “It also would reverse progress toward greater health equity and diversity within the physician workforce, which makes us all healthier.”

Dr. Harris noted that, prior to the program’s implementation in 2013, undocumented immigrants who were brought to the U.S. as children could not gain admission to most medical schools.

“Under DACA, they could—and they did, and our country is stronger because of it,” she wrote. “These are physicians our nation needs, and whose stories are emblematic of the American dream. We need these ‘Dreamers’ and many more like them if we are to fulfill our goal of a diverse health care workforce that reflects the demographics of the patients they serve.”

The AMA believes every individual, regardless of immigration status, deserves timely, accessible, quality health care. Read how the AMA supports the health, safety and well-being of immigrants.

Q&A: After years in practice, why this internist came out to patients
9 principles to guide physician competence assessment at all ages
Advancing Gender Equity in Medicine: Resources for physicians
Featured Stories