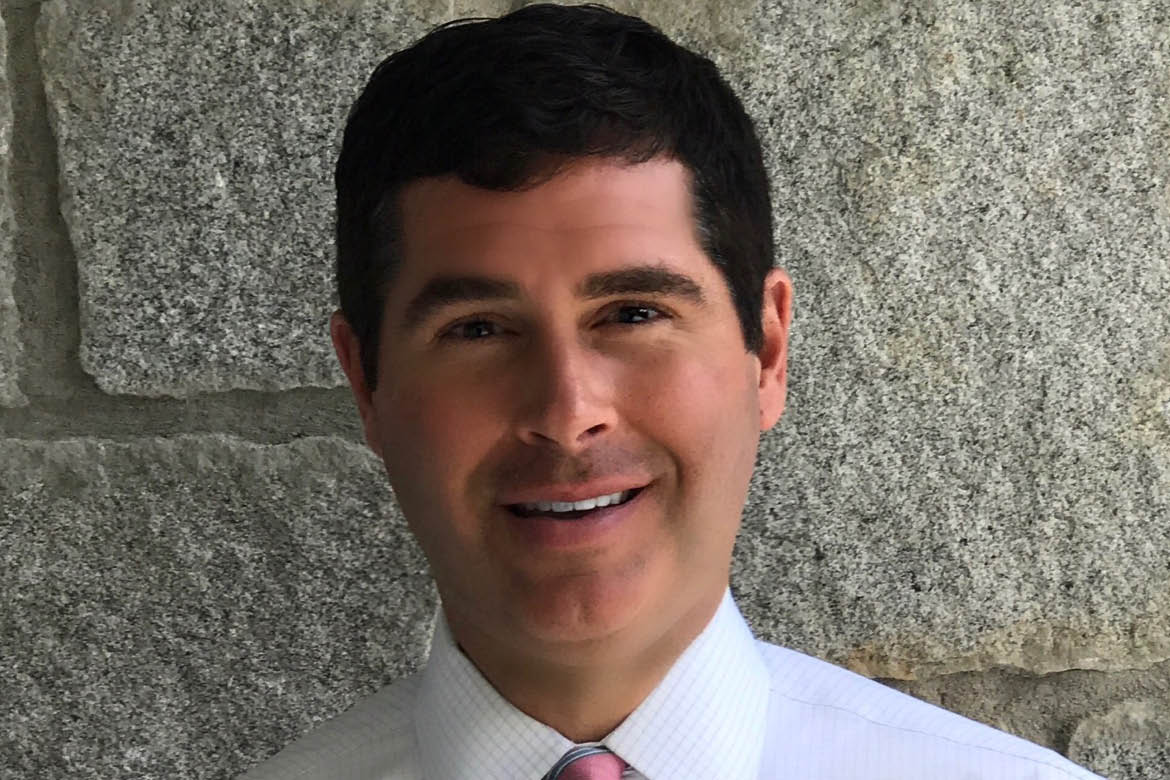 Along the way, he reversed his burnout, became a proponent of digital health technology, and found joy and meaning at work in the process.

He was working for a large health system undergoing major changes “financially and culturally that accentuated his feelings of losing control to the “medical machine.”

Two things that helped turn him around were reading a JAMA Viewpoint essay, “Addressing Physician Burnout, the Way Forward,” by Tait Shanafelt, MD, and enrolling and recently completing the Brown University’s Executive Master of Healthcare Leadership program, in which he heavily researched physician burnout causes and mitigation strategies.

He is now a frequent speaker at health care events where he discusses his struggle with burnout and how he overcame it.

“One of the things I harp on is rebuilding our community as doctors,” Dr. DeVeau said. “Back in the day, there were the doctors’ lounges where physicians were able to discuss and understand what they were going through with difficult cases and difficult outcomes.”

Rebuilding that connectivity, either in person or virtually, is a way to counter the growing fragmentation of the medical community, Dr. DeVeau said, adding that he’s working with Privia on a retreat-based physician wellness program.

Doctors should keep an open mind, he said, acknowledging that physicians often “roll their eyes” when hearing about “resiliency skills” and mindfulness. It could be because such discussions make physicians feel like “they’re the problem.”

He echoed this point in a letter to The Washington Post replying to its coverage of the National Academy of Medicine’s report on the physician burnout epidemic.

“True change will require a meaningful effort to break down the barriers and stigma that come with burnout,” Dr. DeVeau wrote.

Finding and creating joy at work combats burnout, he said, explaining that this can be found in simple things such discovering coworkers’ musical tastes or engaging in occasional playful rubber-band combat.

While there are many times when seriousness is called for, during situations such as annual wellness visits, having fun with patients can lead to a stronger relationship.

“They then view you as human and not just some wonky doctor—it also may make them prone to be more open and honest with you,” he said.

While showing more humanity helped Dr. DeVeau build patient-physician relationships, being more accessible via technology has helped him keep patients who were turning to retail clinics or, in the case of many of his college-age patients, to their university’s student health clinic.

“Through virtual visits, I can continue to follow my patients through different stages in their lives,” Dr. DeVeau said. “I know them much better than a doctor who has never seen them before, and I think patients are starting to see the value in that.”

His practice’s use of virtual scribes has also been an immense help. During visits, doctors can focus on the patient while an audio recording is made that is sent to a trusted partner who enters pertinent data into the electronic health record.

Similarly, operating as a patient-centered medical home involves delegation of tasks freeing physicians to have more time for clinical matters.

“It’s an opportunity to take tasks off the doctor’s plate,” he said. “But, once you delegate, your staff takes ownership of that task. I tell doctors that nothing will undermine that process more than micromanaging.”

“They understand the strength of supporting independent doctors,” he said. “They do it in a way that brings us together so that we have strength in numbers but doesn’t get in the way of what we’re doing to care for our patients and families.”

“It’s fun to be part of an innovative company like Privia that allows us to be more creative and to be part of something bigger,” he said, adding that it’s a great time to be a doctor.

“It’s an amazing profession,” Dr. DeVeau said. “Finding ways to remember and keep in touch with why we became doctors, that will really help sustain us.”