The power of the kitchen table consult

The fight against burnout takes on many forms. Hans and Kavita Arora, a physician couple with a passion for organized medicine, find it works best with a partner on the front lines. Call it a consult or a sidebar, physicians often ask each other for advice. What’s different about when Hans and Kavita Arora doing it, is that it often takes place across the dinner table.

Changing the Culture of Burnout

See how AMA members are changing the culture and stigma associated with physician burnout in the latest issue of AMA Moving Medicine.

“If I have a question related to a pregnant patient with a urological issue I would of course ask Kavita for advice about how she would approach a particular issue in that situation,” says Hans Arora, MD, a urology resident at the Cleveland Clinic. Kavita Arora MD, MBE, MS is an ob-gyn at Case Western Reserve University’s MetroHealth Medical Center in Cleveland. She is also Hans’ wife.

“We are generally involved in the same body region, so there's a lot of overlap in our fields,” she says. “Even though we're at different hospitals in different phases of our careers, there's a lot of discussion and shared terminology.”

Kavita and Hans first crossed paths at the 2007 AMA Interim Meeting in Honolulu. A friendship blossomed into a romantic relationship and they dated for four years before getting married in 2011.

Though they met at the same stages of medical school, Hans was pursuing an MD/PHD. His extended undergraduate medical education training and their desire to be together once things got serious caused Kavita to transfer residency programs, moving from Philadelphia to Chicago. As Kavita finished residency and Hans completed medical school, they again navigated the geography of their careers in tandem.

“That whole process of looking for our next step, there were certainly a lot of compromises,” Hans says. “There were certain places I simply couldn't rank very highly, whether or not I liked the program simply because there wasn't a good job opportunity for Kavita. Similarly, she really had to focus her list on cities in which I had interviews.”

In a dual-physician household? 5 ways to handle the challenges

This flexibility continues to be a necessary component of making their relationship work. Next year, Hans will leave Cleveland, where Kavita will stay with the couple’s two children. He will spend most of his days training for fellowship in Chicago, returning home on his days off.

“What is tricky about compromise in a medical marriage it that a little bit of it is out of your control,” Kavita says. “If it was two of us in practice, so at the same phase of our career, I think it would have been in some ways a little bit more conventional.

Read this story in its entirety as featured in the latest issue of AMA Moving Medicine. 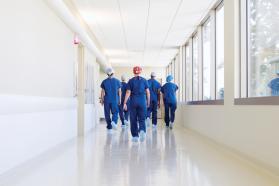 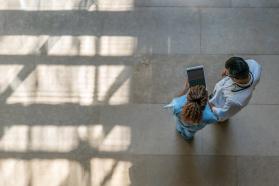 6 big things that must change to beat physician burnout 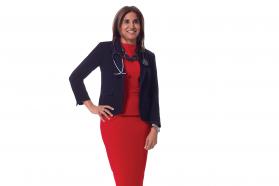 How this family doctor finds satisfaction in juggling roles