Looking upstream for answers to burnout

Changing the Culture of Burnout

See how AMA members are changing the culture and stigma associated with physician burnout in the latest issue of AMA Moving Medicine.

It started in May 2017 with a letter from the chief executive officer of Ochsner Health System in New Orleans expressing a call to action to address physician burnout. Three months later, the health system launched a provider well-being task force led by Nigel Girgrah, MD, a transplant hepatologist and medical director of the Ochsner Multi-Organ Transplant Institute.

One year after leading the taskforce, Dr. Girgrah reported findings to the executive team, expressing strongly that Ochsner needed a chief wellness officer and office of professional well-being to specifically focus on issues surrounding burnout.

“Dr. Girgrah values personal connections and the best interests of the physician group, as well as all employees,” says Francis Rodwig, Jr., MD, medical director of Professional Staff Services and medical director of Transfusion Medicine at Ochsner. “He is authentic in his relationships and he models the behavior of an emotionally intelligent leader.”

“When we started the task force, it was very clear that he had a passion for this. If you spend much time with him, he has a very compassionate side,” says Dr. Hart.

A dozen changes that are easing physician burnout at Beth Israel

Dr. Girgrah was not always leading the charge against physician burnout. His medical journey started in Toronto where he completed his MD and PhD, but it was his “midlife crisis” that led him to New Orleans in 2007 where he was attracted to the culture, environment and community.

“I came to interview here nine months after Katrina. At the time, I wasn’t really looking to leave Toronto, but I was curious. I remember my father had once told me that it was his favorite American city,” he says, adding that he was drawn to the hospital’s culture, and the vibe of the city and community.

It wasn’t until 2013 at his 20-year medical school reunion, though, that he stumbled into an interest in physician burnout and well-being.

“I found out some alarming things about a couple of my med school colleagues having exited the profession in one way or another,” says Dr. Girgrah. “I probably hadn’t heard of burnout before, but that’s when I started reading about it.”

With profound interest in learning more, his adjusted course led him down a new path toward chief wellness officer.

Read this story in its entirety as featured in the latest issue of AMA Moving Medicine. 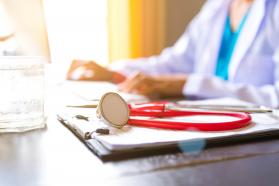 5 steps physicians can take to get rid of “stupid stuff” 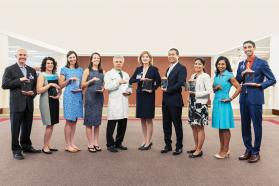 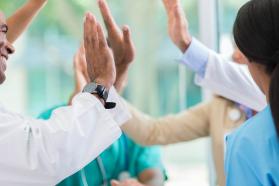