Why the U.S. health care system should be reformed

Invoking the ancient healing commitment to “first, do no harm,” the AMA’s guiding principle is individuals who have health insurance should not lose their coverage as a result of efforts to reform the U.S. health system. That is because the evidence shows that uninsured patients live sicker and die younger than patients with insurance coverage.

The AMA’s commitment to health care reform is ongoing because there remain millions of people who are uninsured and therefore lack meaningful access to the right care at the right time to help them live long, healthy lives.

Significant gains in reducing the number of uninsured were recorded after implementation of the Affordable Care Act, but millions remain without coverage. The AMA has long advocated health insurance for all Americans, so the organization opposed bills that were introduced last year that, according to the analysis of the nonpartisan Congressional Budget Office, would have resulted in millions of people losing their coverage.

The AMA’s aim is to move forward and continue to get more people covered and to provide better access to high-quality care. Toward this end, the AMA vision for health-system reform includes:

About 28.3 million people lack health insurance coverage in the U.S., putting the uninsured rate at 8.8 percent, according to the National Center for Health Statistics (NCHS).

Various strategies should be initiated to continue to lower the nation’s uninsured rate, including improving health insurance affordability so that more people are able to afford coverage offered on health insurance exchanges.

These recommendations were adopted as AMA policy as part of the AMA Council on Medical Service’s report, “Improving Affordability in the Health Insurance Exchanges.”

The report also recognizes “that the effectiveness of premium tax credits as a mechanism to improve health insurance affordability relies on individuals who are eligible for such assistance being aware of their eligibility.”

As such, the report calls for adequate funding to expand outreach efforts to raise public awareness of financial assistance available and eligibility rules, which was also adopted as AMA policy.

The council issued another report, “Ensuring Marketplace Competition and Health Plan Choice,” that speaks to concerns that activities on the state and federal levels can lead to market segmentation, with healthy individuals buying low-cost “skimpier” plans and others with more health care needs enrolling in plans that follow ACA requirements, which could become more costly.

In its call for ensuring a sustainable individual insurance marketplace with plans competing on a level playing field, the AMA adopted policy opposing the sale of plans that do not provide coverage for pre-existing conditions or coverage of essential health benefits and their associated protections against annual or lifetime limits, except in the limited circumstance of short-term limited duration insurance offered for no more than three months

The AMA also supports a mandate that individuals and families who can afford health insurance be required to obtain it and to use the tax structure to enforce compliance. That policy can help promote a balanced risk pool. Under legislation passed this year, the tax penalty under the ACA has been reduced to zero.

The impact of this remains to be seen. To blunt the impact of the elimination of the individual mandate tax penalty, the AMA encourages state innovation, including considering state-level individual mandates, auto-enrollment and/or reinsurance, to maximize the number of individuals covered and stabilize health insurance premiums without undercutting any existing patient protections.

An estimated 2.2 million people would become eligible for Medicaid if the remaining 18 states expanded their Medicaid programs under the Affordable Care Act. At the invitation of state medical associations, the AMA will work with state and specialty medical societies in advocating at the state level to expand Medicaid eligibility as authorized by the ACA. 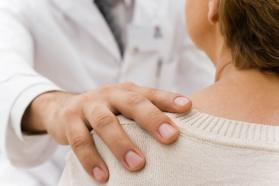 Health care 2020: Here’s where Congress and the states are headed