Historically, the American Indian and Native Alaskan population has been grossly underrepresented in the physician workforce. And, with 43% of U.S. medical schools enrolling zero Native students, that situation seems unlikely to show significant improvement soon.

Embedding equity into medicine requires planning and honesty. To meet this moment, the AMA has developed a plan to advance racial and social justice.

There is reason for optimism, with new federal investments being made in the health care and education for Indigenous people, and with positive developments in the Cherokee Nation that include opening the first tribally affiliated medical school in the U.S. and the recent opening of the country’s largest tribal outpatient health center. Both are located in Tahlequah, Oklahoma.

“We have been able to chart our own destiny for health care,” said Cherokee Nation Principal Chief Chuck Hoskin Jr., during “Tribal Sovereignty in Health Care,” a virtual education session held during the June 2021 AMA Section Meetings and hosted by the AMA Medical Student Section.

How the AMA plans to tackle root causes of U.S. health inequities

Hoskin described how, for most of his life, health care has been provided to Native Americans and Alaskan Natives by a federal agency, the Indian Health Service (IHS). That started to change for Cherokees with self-government efforts that began in the 1980s and have since been bolstered by gaming revenue.

Overall, health care statistics among Oklahomans are “going in the wrong direction,” but because the Cherokee Nation “made health care a priority, we are rising above that,” Hoskin said.

He called the 469,000-square-foot, four-story Cherokee Outpatient Health Center that opened on the W.W. Hastings Hospital campus in 2019 the “flagship” of the Cherokee health system. It is projected to handle more than 1.3 million patient visits a year.

“We are trying to inspire this young generation of Cherokees to become the doctors and nurses of tomorrow, and we’ve given them a place to go to med school,” Hoskin said of the Oklahoma State University College of Osteopathic Medicine at the Cherokee Nation. The medical school opened in January. Classes for its inaugural class of 54 students began last fall at the outpatient center. 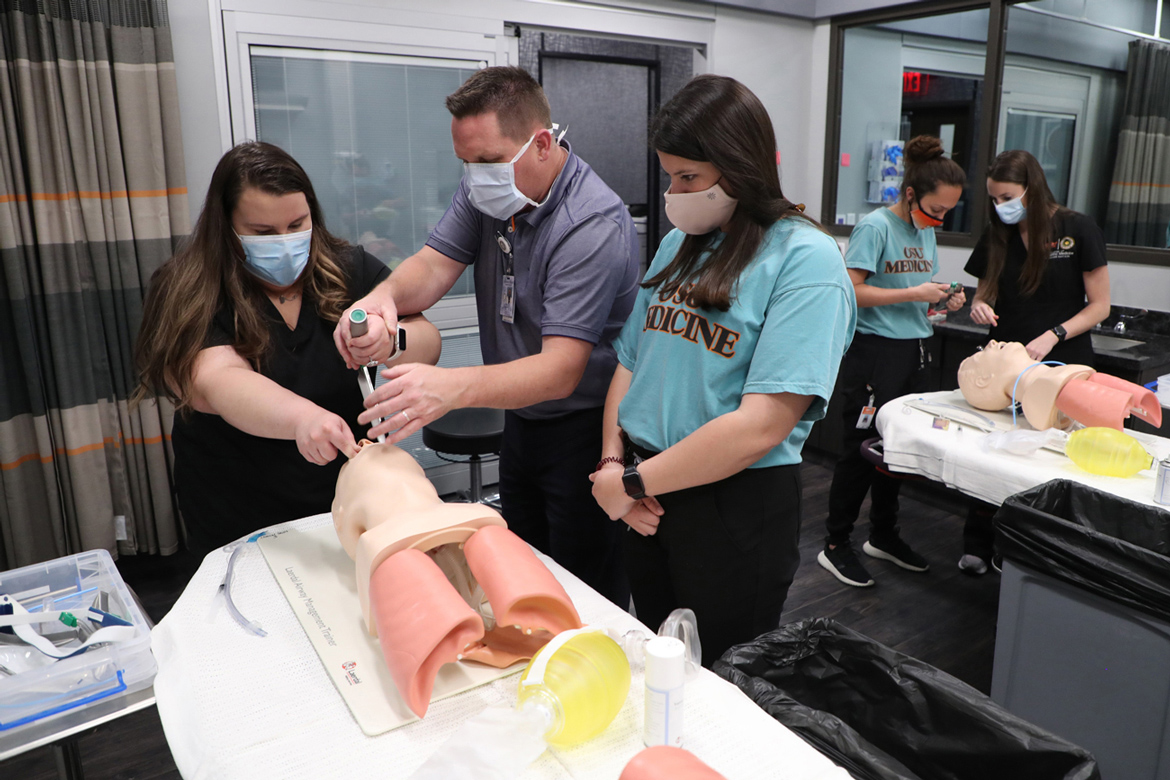 Learn more about how Native Americans are working to grow their own physician workforce.

Hoskin noted, however, that the challenge will be keeping Cherokee youth on a “sustainable path” to continue their education.

This point was also raised by panelist Mary Owen, MD, president of the Association of American Indian Physicians, and an assistant professor with the University of Minnesota Medical School’s department of family medicine and biobehavioral health.

“We have to develop a pipeline from K to practice,” said Dr. Owen, who is also the director of the University of Minnesota Center of American Indian and Minority Health.

Along with a sustainable path, panelist Daniel Calac, MD, said Indigenous students have to be supported while traveling a nontraditional path through higher education.

Dr. Calac, the chief medical officer for the Indian Health Council in North County San Diego, California, noted that he was an older undergraduate student and already had one child when he was attending Harvard Medical School. He received financial support from an IHS scholarship, but also important was the cultural and social support he received from his community at the Pauma Indian Reservation, where he grew up—roughly 60 miles northeast of San Diego.

Learn how the AMA is fighting systemic bias and institutionalized racism in health care to build a more diverse physician workforce.

Read the latest on health equity from AMA Journal of Ethics®️

3 ways to achieve gender equity in academic medicine promotions
Research probes women doctors’ “impossible task of having it all”
Q&A: Pushing the door open for women in medicine to advance
Featured Stories

What to tell immunocompromised patients about COVID-19 vaccines

Redefining "cause of death" meaning would upend medical liability law

Q&A: How 2 med students stepped up during a mid-air emergency