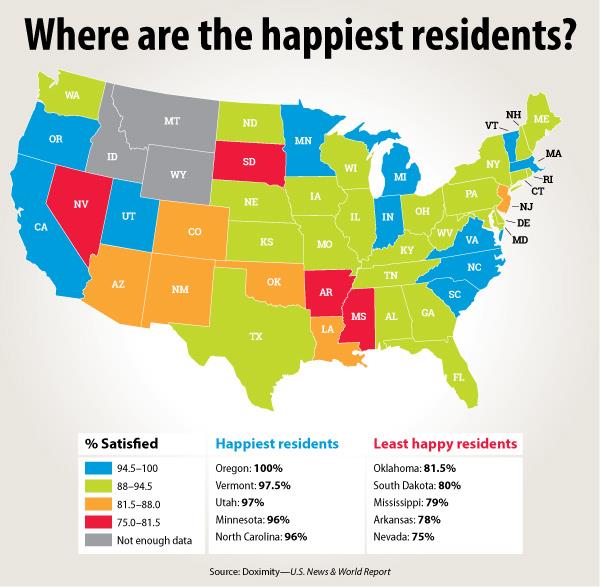 Which states have highest resident satisfaction rates? Maybe it’s something about the climate, gas prices or local coffee shops, but these places boast the highest rates of satisfied medical residents, according to new rankings based on an analysis of more than 90,000 resident comments and reviews. Find out where your state falls in the list.

Physician network Doximity and U.S. News & World Report analyzed more than “94,000 anonymized ratings and hand-written reviews on important aspects of their residency experience, such as career guidance, schedule flexibility for pregnancy and other life events, program culture and clinical diversity,” according to the network.

Using an analysis of this information, the network incorporated these findings into its 2015-2016 Residency Navigator tool, a free searchable database of U.S. medical residency programs based on more than 190,000 resident nominations, ratings and reviews.

While the exact reasons remain unknown, these are the crème de la crème locations for satisfaction in clinical training. Broken down by percentage, the top five states for most satisfied residents include:

States where residents reported the least satisfaction were:

Learn more about how residency programs are working to improve wellness and satisfaction among physicians in training: