Editor’s note: The Superior Court of New Jersey Appellate Division on June 24, 2019, upheld a trial court decision to dismiss a psychiatrist from a lawsuit filed by the family of a woman who died after a car-bicycle crash involving the physician’s patient. The decision was a positive one for physicians who—as the Litigation Center of the American Medical Association and State Medical Societies cautioned in an amicus brief it filed in the case—could have been subjected to profound harm if the court ruled the other way and expanded physicians’ legal obligations to the general public.

In its opinion, the court likened this case to instances of social host liability and dram shop cases where person “A” provides alcoholic beverages to visibly intoxicated person “B” and “B” then injures innocent third party “C.” The court said because the patient “was not demonstrably impaired by her medication at the time she caused the fatal crash, [the physician] cannot be held liable for an injury unrelated to his conduct.”

The family of a New Jersey woman who died after a car-bicycle crash involving a psychiatrist’s patient wants the right to sue the doctor who prescribed medication to the car’s driver.

If the courts allow the lawsuit to go forward, it would open up New Jersey physicians to an endless number of lawsuits from members of the public who would sue doctors whenever they believe harm from a patient can be tied to the care that patient received.

What duties do physicians owe to non-patients?

In turn, patient care costs and professional liability insurance premiums would rise. Physicians would practice more defensive-medicine, retire early from burnout and relocate to states with more effective medical negligence laws. Citing these concerns, as well as statutory and case law establishing narrow duties to non-patients, the Litigation Center of the American Medical Association and State Medical Societies joined the Medical Society of New Jersey in an amicus brief asking the Superior Court of New Jersey Appellate Division to uphold the trial court’s summary judgment that dismissed the physician from the lawsuit, Vizzoni v. Mulford-Dera.

“As other courts have cautioned, there is profound harm that would result by expanding a physician’s legal obligations to the general public,” the AMA Litigation Center advises the court in its brief.

Rare to owe a duty to non-patients

While Barbara Mulford-Dera was taking psychotropic medications that her psychiatrist Stefan Lerner, MD, prescribed, she was driving and hit and killed bicyclist Judith Schrope. Tracey L. Vizzoni, Schrope’s estate executor, sued Dr. Lerner and others, alleging that the physician should have warned Mulford-Dera to not drive while under the influence of the medication.

The trial court said Dr. Lerner did not have a duty to Schrope directly or indirectly. Schrope was “an unidentifiable member of the public who, tragically, was at the wrong place at the wrong time,” the AMA Litigation Center brief says, noting that there are “highly restricted circumstances” where a physician may have a liability to a third party and that none of those exceptions are part of this case.

For example, New Jersey laws say physicians have a duty to protect an identifiable person from a patient’s violence.

Physicians tell the appellate judges that courts in New Jersey and other states traditionally have restricted a physician’s duty to these rare exceptions for good reason: Providing the best care for patients could be compromised if physicians are worried about being sued by people their patients come into contact with in the general public.

Physicians may not prescribe a medication the patient needs because they fear such liability, the AMA Litigation Center brief tells the appellate court.

“Physicians should not have divided loyalty. They should never hesitate to provide patients with treatments that have inherent risks and potential side effects because of fear of liability to the public,” the brief states. “If this were to occur, patients would have reduced access to beneficial treatment.”

The AMA Litigation Center brief also notes that courts have opined that physicians “cannot ascertain the impact of medications on patients at the time of an accident or whether the patient recognized the risks of driving at that moment,” that physicians might need to defend themselves by “disclosing confidential patient information and communications or testifying that the patient regularly forgets information the physician provides” or that a “patient may improperly blame others in an effort to deflect responsibility.”

The brief concludes that “both these paths will destroy the patient-physician bond needed to foster effective medical and mental health care” and urges the New Jersey appellate court to uphold the lower court’s summary judgment for Dr. Lerner. 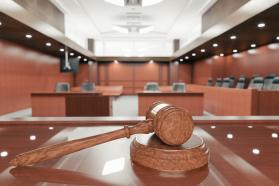 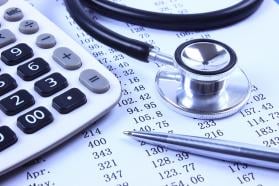 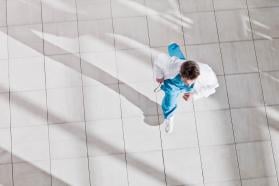