She started her physician career later than most—with four children, a husband and dog at home—just out of medical school at 43 and in her first physician employment at 46 in a closed model health maintenance organization. On her first day, more than 30 patients were waiting to see her, a veritable conveyer belt.

That wasn't what Barbara Hummel, MD, had in mind when she pursued a career as a family physician. She imagined a family practice where she could get to know her patients and spend some time moving them in heathy directions. 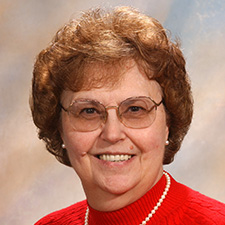 After a short stint with a small, multispecialty practice and a year working in urgent care, she made the big decision—she began preparing her own practice. Renting space and equipment and alerting patients she had seen in her other jobs. Dr. Hummel was ready to live her dream.

The call to private practice

The call to private practice

"I decided I didn't want to be owned again. I needed to be able to make those decisions. How much time my patients got to spend with me and how much time I had to work, when I could take time off and what kinds of things I could offer my patients," she said.

She opened her solo private practice in 1995 in suburban Milwaukee. On her first day she saw 14 patients who she had treated over the years at her previous practices.

Physician practice: Why it’s not one size fits all

"They were waiting for me," she said.

Locally, Dr. Hummel is also a member of the board of directors for the Independent Physician Network of Southeast Wisconsin and serves on the quality care committee of its accountable care organization. Recently published AMA survey data shows that 49.1% of patient care doctors work in physician-owned practices. Almost 40% of doctors work directly for a hospital or for a practice at least partially owned by a hospital or health system.

Despite that trend, Dr. Hummel cherishes the opportunity to train and mentor area medical students about the advantages offered by the private practice mode of care.

"I think teaching medical students is one of the most important things a practicing physician can do," she said.

Dr. Hummel still finds plenty of time for patients. In an average day, she sees 12 to 16 patients, bumped up to 20 during flu seasons. During the height of the pandemic, the patient load dropped along with her practice income, down 70% at its lowest and still down about half with a large fraction of her senior patients reluctant to be seen via telehealth.

In a challenging landscape, new support for private practices

Many of her patients "don't even own a computer," Dr. Hummel said. "Many of them don't even have a smartphone. You have to adapt to your patients. I like to lay hands on my patients, and they are much more comfortable seeing me in person."

No plans for retirement

No plans for retirement

Even as a septuagenarian, Dr. Hummel is not looking to lay down her stethoscope anytime soon. She remains committed to her private practice and her patients, even as their needs change with the times.

"I have a patient that just went into hospice," she said. "My goal is to help not only that patient with end-of-life issues, but also her family. If I can help get them through this, then I have done my job."

Despite the challenges of private practice, Dr. Hummel's goal with the AMA-PPPS is to remind her fellow physicians—as well as the next generation of doctors—of the value and freedom of private practice and keep it as a viable option for the future.

Clear and decisive steps to limit the spread of COVID-19 are needed to protect staff and ease patients' fears about seeking care during the pandemic.