When innovative digital health care solutions are being developed, physicians need to be there at the very start so their perspectives and experiences can drive the design, implementation and evaluation of new technologies.

This approach has been described by AMA Executive Vice President and CEO James L. Madara, MD, as “flipping the construct.” And it is the process that the developer of a suite of behavioral health mobile health applications used when he tapped into the knowledge base of the AMA Physician Innovation Network (PIN).

Actualize Therapy, a company formed to commercialize the research done at Northwestern University’s Center for Behavioral Intervention Technologies, needed to learn from primary care physicians who treat their patients’ depression and anxiety.

Lead designer Pauli Lieponis turned to PIN to get their stories.

“We wanted to get the perspective of the physician, because we knew that—if we didn’t do that—we don’t have a chance at being successful,” Lieponis said.

Lieponis wound up speaking with 15 primary care physicians for about 30 minutes each as part of what he calls service-design research, which involves gathering the information needed to understand stakeholders’ needs, problems and motivations.

“It was fantastic,” he said. “I was shocked by the great response that I received in terms of the number of physicians I was able to talk to and how everybody was so open, helpful and willing to share their perspective with me.”

Get ready for AI in health care: Here is the outlook

Testing apps to get them right

When Dr. Madara has spoken about flipping the construct, he’s noted that problems are created when product development starts at the administrative level and then digital health tools get “thrown over the transom” for physicians to figure out how to use.

Lieponis said he and his colleagues have been methodical in the developing and testing of their apps and are determined to get the process right.

In what he termed a “feasibility study” that was financed in part by a National Institute of Mental Health grant and published in the Journal of Medical Internet Research, the Actualize Therapy apps were found to help significantly lower scores used to measure patients’ anxiety and depression. The improvement was comparable to the benefits associated with in-person therapy.

Patients receive assistance and motivation from a coach, but Lieponis said the apps are mostly self-help tools that teach coping skills for anxiety or depression.

The JMIR report described these as evidence-based psychosocial interventions that are “skill-based in-the-moment practices” that emphasize “doing over knowledge acquisition.” These include goal-setting and cognitive restructuring, which involves identifying and changing irrational or inaccurate negative thoughts.

Single workflow a must

Two key messages Lieponis said he heard from his PIN contacts were that there is a lack of resources for both patients and physicians and that the company apps need to be part of a system that is integrated into a practice’s electronic health record (EHR) and workflow.

He feels the company’s solutions can help fill that resource gap, especially in rural or other underserved areas. And now the work is to get the apps integrated into EHRs.

Physicians “must be able to get the information they need to treat their patients’ depression without having to go to another dashboard,” Lieponis said. “It really has to be fully integrated into the EHR and the various processes and protocols physicians use or there is no chance of this succeeding.”

And, once that is completed, there will be more work to do.

Many patients who have depression or anxiety also have an accompanying chronic health condition such as diabetes or heart disease. So the company’s “grand vision,” Lieponis said, is to develop personal programs to assist in behavioral changes to improve overall health. 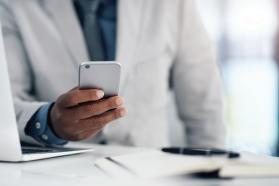 10 keys to mHealth apps that are easier to use 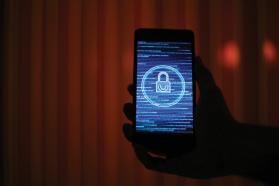 How to keep patient information secure in mHealth apps