Long-term care funding for doctors: Do you know these 5 options?

Funding long-term care expenses has emerged as a top financial concern for physicians, according to AMA Insurance Agency Inc.’s “2018 Report on U.S. Physicians’ Financial Preparedness.” But nearly 70 percent of physicians do not have insurance coverage in place for themselves. Of physicians without coverage, 36 percent have said they plan to self-fund, while another 33 percent said they aren’t sure how they’ll handle a potential long-term care expense.

I recently spoke with J. Michael Hegwood to learn more about the options available to physicians when it comes to funding their long-term care. Hegwood is assistant vice president of brokerage marketing at AMA Insurance and has worked in the financial services industry for 30 years.

O'Reilly: You’ve often written and talked about the dilemma physicians face when it comes to long-term care. What do you mean by that?

Hegwood: Given the nature of their work, physicians understand better than the general population the importance of being able to fund their long-term care. And while our research shows that funding long-term care is among the top three financial concerns for physicians in their 40s or older, many physicians still don’t have a plan in place for how they will do that.

O’Reilly: What might be some contributing reasons that many physicians don’t have a concrete funding plan?

Hegwood: I think there are several factors at play. One is figuring out where it makes most sense to invest. What if you purchase coverage and don’t end up needing care? You could be spending a lot of money on something you’ll never use. On the other hand, if a long-term chronic health issue were to occur, it may be very costly—so purchasing coverage would make sense.

Understanding your funding options can help you make the best decision for your financial and health situation. There are three traditional funding options as well as two newer, more flexible options physicians should be aware of.

O’Reilly: You’ve mentioned one option already—self-funding. What are the pros and cons to that approach?

Hegwood: As you might expect, this option is typically a possibility for those who have the financial means to pay for it themselves because it can become very expensive. When self-funding, you’re essentially taking on 100 percent of the risk—which means the entire burden of paying for long-term care falls to you.

On the upside, if you don’t ever need long-term care, you’ve paid $0 for the coverage. But if you’re confined to a nursing home facility care for four years, you might be tagged with a $400,000 bill for a private room. The self-funding solution may work well for those with a great deal of financial resources, as well as those with a good history of family health. But be prepared, because the burden of payment is entirely on you.

O’Reilly: What about the other traditional funding options?

Hegwood: In the general U.S. population, Medicaid is the primary payer for long-term care services. But Medicaid isn’t typically an option for physicians. Because it is a social health care program for those with lower incomes and very limited assets (usually less than $2,000), you would have to spend down your assets to qualify.

It’s also important to know that Medicare, unlike Medicaid, will not cover long-term care expenses. It may cover some of the initial expense, but it was never intended or designed to support long-term care.

In exchange for the payment of premiums, long-term care insurance policies promise to pay benefits for custodial, intermediate and/or skilled care. When you apply for coverage, the insurance carrier determines your rates based on the policy features selected as well as your age and health status. The younger and healthier you are, the better your rates. Benefits from these plans are generally triggered when an insured is unable to perform any two of the activities of daily living: feeding, toileting, dressing, grooming, bathing and transferring.

Long-term care insurance is a great concept, but some early generations of these plans were not priced adequately as a result of poor underwriting and cost projections. These pricing flaws have resulted in some hefty premium increases for existing policyholders. For instance, in the summer of 2018 one insurer received approval from state regulators to raise long-term care insurance costs by an average of 58 percent on some of its policies.

For those who stop paying the premium, they’ll lose all the benefits and get nothing. Or they could pay the hefty premium increases and never need the coverage—and again, no cash would be paid out. But some people have benefited greatly from these plans, protecting their family from what might have otherwise been a financially catastrophic event for them.

O’Reilly: You mentioned new funding options that provide more flexibility are available now. Do they address some of the issues you’ve described with the traditional funding options?

Hegwood: Yes, alternative funding options have emerged in recent years. Two of the most common ones are hybrid or linked-benefit plans and long-term care riders, which can be attached to a traditional life-insurance policy.

In hybrid plans, the policy will pay benefits to cover long-term care expenses if you need long-term care. If you don’t need the coverage, the plans are designed to pay out another benefit—typically in the form of a death benefit.

Many of the early hybrid plans required the insured to reallocate existing assets to fund the policy premium—which could require a substantial deposit of $50,000 or more. Those with the means to self-fund were some of the early adopters of these plans, simply because they had the ability to pay that initial premium. They were able to transfer part of the risk to an insurance company while still guaranteeing a benefit would be paid whether or not they needed the long-term care.

The other option I want to highlight is the long-term care rider, which carriers are now beginning to offer as part of their traditional life insurance policies. These riders provide access to living benefits in the form of an accelerated benefit provision, in which the insured can tap into 50–90 percent of the policy’s death benefit before actually dying.

The amount paid under an accelerated benefit provision tends to vary from company to company, but there are numerous competitive plans to choose from. The general premise is this: When a policyholder uses the living benefits, there’s an offset to the original death benefit. In addition, these riders add flexibility to the coverage as well as to the premium payment schedule, making them a very attractive option for many people.

Just like the original hybrid plans, these riders create a scenario in which a benefit is always paid if the insurance remains in effect. As a result, this has become an increasingly popular way for many people to fund their potential long-term care expenses.

O’Reilly: How can physicians figure out which funding option will be the best fit for their families?

If you don’t have a financial adviser already, AMA Insurance’s Physicians Financial Partners program provides access to a nationwide network of independent, local and experienced financial professionals who can help you reach your unique financial planning goals—including funding long-term care. These professionals have undergone a comprehensive due-diligence process by AMA Insurance, which has been serving physicians for 30 years.

The most important thing is to talk to your family and financial advisor, and put concrete plans in place today so you can look toward the future with confidence. 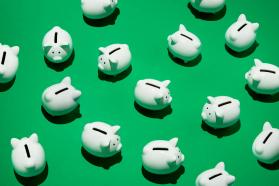 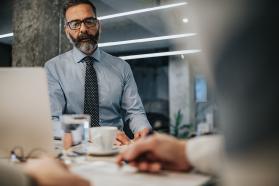