If the frequency of diagnostic tests matched the science, there would not be the multitude of irrelevant or redundant lab orders written. To start making better-informed use of the lab, especially when orders come from physicians-in-training, hospitals would do well to change their systems and physicians should a adopt some healthy skepticism about what makes for a meaningful test.

Promoting such understanding of what is takes to avoid unnecessary lab orders is part of the professional mission of pathologist Brian R. Jackson, MD. He is the chief medical informatics officer at ARUP Laboratories, which handles 50,000 specimens a day and can perform more than 3,000 tests. The national reference lab is part of the University of Utah School of Medicine, where he also is an associate professor of pathology on the clinical track.

“Diagnostic processes are for the most part not standardized or optimized,” Dr. Jackson said. It’s at a time when testing has become very complex—“50 years ago a few dozen discrete tests were available,” he notes in one paper—with very little time to dive deep into a ordering decision.

Dr. Jackson offers an informal benchmark that a third of tests may be unnecessary, with a 2013 meta-analysis finding that 20 percent of 1.6 million lab orders were unneeded. Estimates vary, but typically point to deep cause for concern. When offering solutions to bring the number down, Dr. Jackson points to a technology that can deliver an unintended dose of counterproductive complexity to the point of care—the electronic medical record (EMR).

In terms of the test menu, “a lot of hospitals just leave it to their hospital IT staff to set everything up in the EMR and that’s a huge mistake,” he said, because the IT staff simply adds “every test that the lab can receive an order for and make sure that you can order that out of the EMR.”

The resulting clutter clouds decision-making, promotes more testing and makes it too easy to land on a test that won’t be useful for the situation at hand.

It came up at the university’s hospital a few years back, in the context of what the influenza test menu options should be available for use with inpatient care. “It turns out, if you went into our EMR and you typed in the word ‘influenza’ to search for a test, it used to bring up 20 different tests and most of them were research-interest only.”

An ad hoc group that included infectious disease physicians was formed—“we reviewed and pulled a whole bunch of tests out of the EMR”—in an approach that leads into Dr. Jackson’s next recommendation. “There needs to be a medical governance over the test menu,” he said.

Hospitals typically have a pharmacy and therapeutics committee governing drug policies and restrictions. He asserts that there should be, but most often isn’t, similar governance for diagnostic tests, including the menu and when an out-of-the-ordinary order comes through.

Dr. Jackson points to another hospital, where he says an order for a test that the lab is not familiar with triggers a message to the appropriate subspecialist on a committee to oversee unusual test orders. “So if it is a GI test, there is a GI doctor on that committee. They message that doctor and say ‘Is this an appropriate order or not?’ In that way, the committee is functioning basically in near real time,” he said. Either they “will say, ‘Yes, that is a legitimate test,’ and they will set up the process to send it out as needed, or they will contact the original doctor saying, ‘No, have determined that this test falls outside our policies so we will decline to accept the order.’”

Dr. Jackson offers a third recommendation, this one about the doctors doing the ordering, and the importance of developing “a healthy skepticism about tests.”

He points to examples on two ends of the test-reliability spectrum—Lyme disease and HIV.

In the case of Lyme disease, the testing is not very accurate. “If the patient has the classic symptoms and history for Lyme, and you order a test that comes back negative, you should still start antibiotics. You should ignore the test. And if you knew in advance you’d ignore the test, you shouldn’t be ordering it in the first place,” he said.

On the other hand, “we have very reliable tests for HIV diagnosis,” Dr. Jackson said, and with that level of accuracy, results can be the “centerpiece of decision making.”

In the absence of a standardized protocol, “then you really should know something about the performance characteristics of that test and, essentially, whether it is going to add accuracy to your existing impression or not.” It’s not only a question of an unnecessary test, he said, but that “the occasional misleading piece of data can leave you really astray.”

Lessons of Bayes, Kahneman worth heeding

For residents seeking to develop that mindset of healthy skepticism, Dr. Jackson cites two pioneers, centuries apart. They are related in that one provides a mathematical structure for thinking about probability and the other a warning about how human nature defies turning to data.

Humans, including physicians, principally rely on heuristics to guide their decision-making, as opposed to some sort of subconscious set of calculations, Dr. Jackson explained.

He often points to Bayes’ theorem, the work of mathematician Rev. Thomas Bayes and published in 1763, which sheds light on probability. It is often cited in a medical context, because it can reveal that an intuitive answer—say, high confidence in the validity of a test result—can be dramatically off-base once the correct variables are entered into the equation.

Why that so often happens is explained by the work of Nobel laureate Daniel Kahneman, PhD, whose insights on psychology and economics underscore the deep pull of heuristics, even in situations that demand attention to data. The title of his bestseller, tellingly, is Thinking, Fast and Slow. The message for physicians, said Dr. Jackson, is this: “You need to develop an additional intuition, which tells you when the situation merits stepping back and thinking more deeply.”

With the right institutional support and greater self-awareness on the part of physicians, there will still be plenty of work left for labs to do.

“I don’t want to send the impression that you should de-emphasize lab testing,” he says. “You need to know which tests are highly useful and which ones should be de-emphasized. With thousands of tests out there, there is a huge range of reliability.” 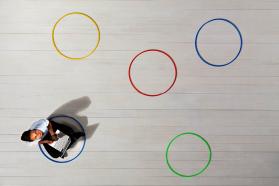 What’s your resident persona and how could it shape your career? 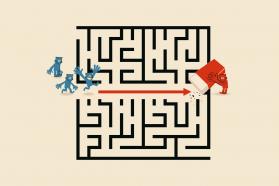 The Match process is packed with stress. Ob-gyns aim to fix it.

These are 2019’s most influential clinical executives