Depending on how it reads the Clean Air Act, the Supreme Court of the United States could limit the authority of the Environmental Protection Agency (EPA) to restrict carbon emissions that cause climate change and have been proven to inflict major health problems on the people of the world. Find out how this case could affect your patients.

A case for clean air

At stake in West Virginia, et al. v. EPA, is whether that federal agency has the authority to enforce recent regulations known as the Clean Power Plan. The final rule of the plan was released in October. On the same day, 12 state governments, led by West Virginia, sued the EPA in the U.S. Court of Appeals for the District of Columbia Circuit, claiming that the regulations exceeded the EPA’s authority under the Clean Air Act.

How this case affects public health

The Clean Air Act empowers the EPA to establish standards for the regulation of pollution from existing stationary sources of emissions. In response to this directive of the Clean Air Act, the EPA adopted the Clean Power Plan, which establishes carbon pollution standards for power plants that will help slow the harmful impacts of carbon pollution on public health. The plan was designed to achieve a 32 percent reduction of the 2005 levels of carbon emissions by 2030.

“These regulations are well within [the] EPA’s statutory authority,” the Litigation Center of the AMA and State Medical Societies said in an amicus brief submitted to the U.S. Supreme Court. “Failure to uphold the Clean Power Plan would undermine [the] EPA’s ability to carry out its legal obligation to regulate carbon emissions that endanger human health and would negatively impact the health of current and future generations.”

Carbon emissions are a significant driver of the anthropogenic greenhouse gas emissions that cause climate change and consequently harm human health. Direct impacts from the changing climate include health-related illness, declining air quality and increased respiratory and cardiovascular illness. Changes in climate also facilitate the migration of mosquito-borne diseases, such as dengue fever, malaria and most recently the Zika virus.

“In surveys conducted by three separate U.S. medical professional societies,” the brief said, “a significant majority of surveyed physicians concurred that climate change is occurring … is having a direct impact on the health of their patients, and that physicians anticipate even greater climate-driven adverse human health impacts in the future.”

“By addressing both carbon emissions responsible for climate change and conventional air pollutants,” the brief said, “[the] EPA’s Clean Power Plan carries out the Clean Air Act’s mandate to protect the public health.”

Other recent cases in which the AMA Litigation Center is involved

Health care 2020: Here’s where Congress and the states are headed 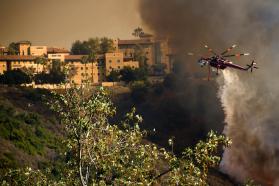 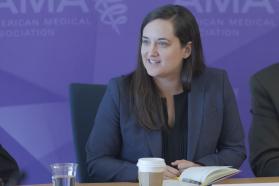 Why physicians see climate change as a health emergency