While President Donald Trump’s $4.1 trillion budget proposal has been declared “dead on arrival” by many on Capitol Hill, the document does make clear the president’s priorities in terms of health care spending and policy.

The document makes repeated mention of the $20 trillion federal budget deficit the administration argues has led to “a broken, stagnant economy.” The president’s proposed fix is to cut the deficit by $3.6 billion over a 10-year period, thereby stimulating economic growth and helping to reduce the budget deficit by an additional $2 trillion.

Replacement of the Affordable Care Act—including elimination of the Independent Payment Advisory Board (IPAB)—is one element of the president’s plan. The Trump administration calculates a net gain of $250 billion from ACA repeal and replacement. This includes $1.25 trillion in savings offset by a $1 trillion reduction in revenue.

The president’s plan also calls for cutting $610 billion in Medicaid spending over 10 years and, starting in 2020, allowing states to choose between funding in the form of a per-capita cap or a block grant. Similarly, the Children’s Health Insurance Program (CHIP) would be extended for another two years, but its funding would be reduced by $5.8 billion.

“Changes to the program, however, such as through per-capita caps or block grants, will likely limit the ability of states to respond to increased demand for certain services and force states to limit coverage and increase the number of uninsured,” Dr. Madara wrote. “Changes to the financing of Medicaid must guarantee it maintains its indispensable role as a dependable safety net able to respond quickly to changing circumstances. Any new Medicaid proposals must also ensure that quality coverage remains available and affordable for Medicaid beneficiaries and those state governments that chose to accept enhanced federal funding are not disadvantaged in their efforts to improve and maintain the health of their citizens”

The National Institutes of Health (NIH) would also see its funding cut by $5.8 billion, resulting in an 18 percent budget reduction from $31.8 billion to $26 billion. The often-targeted Agency for Healthcare Research and Quality and its $470 million budget—which includes $76 million for patient safety research—­would be eliminated entirely, though some of the research it supports may be taken up by other entities within NIH.

As CBO weighs in on AHCA, Senate urged to chart different course

Trump also proposes eliminating the Public Service Loan Forgiveness program, which would result in a savings of $27.5 billion over 10 years.

Typical of the mixed reaction the budget has received were the conflicting comments over the plan to extend the Veterans Choice program for 10 years at a cost of $28.7 billion. It originally had been set to expire Aug. 7, 2017.

“I am pleased President Trump’s budget request includes one of the largest increases in funding for veterans in a decade,” Roe said in a statement. “With that said, we’ve seen that simply increasing VA’s bottom line seldom results in better services for veterans. We all know that throwing money at VA’s problems will not bring veterans the certainty or benefits they deserve, which is why I believe it’s time for VA to take a hard look at how they utilize resources and make the tough decisions necessary to responsibly preserve veterans’ benefits as we work to get our fiscal house in order.”

The American Legion, however, fiercely criticized the president’s budget for taking away other veterans benefits in order to pay for the Veterans Choice program.

“We are also alarmed by the cannibalization of services needed for the Choice program,” American Legion National Commander Charles E. Schmidt said in a statement. “It is a ‘stealth’ privatization attempt which the American Legion fully opposes. Choice should not be advanced to the detriment of cost of living increases for veterans.” 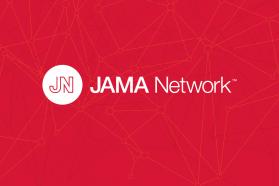 JAMA editors name the journal’s best articles of the decade