A patient revolution is brewing, and it’s one that will benefit more than patients. It could help decrease physician burnout and revive the joy of medicine too.

During an event at the AMA’s Chicago headquarters, a physician from the Mayo Clinic and a senior strategist for the OpenNotes movement spoke about two shifts that are underway to transform health care and emphasized what doctors today need to know about these changes.

One movement is rejecting industrial health care in favor of “careful and kind care for all.” The other movement is urging patients to learn more about their health by accessing the notes physicians take during their visits.

Today’s hurried office visits leave physicians feeling burnt out and patients feeling overwhelmed, endocrinologist Victor M. Montori, MD, told those gathered at the event. He is the author of a book called Why We Revolt: A Patient Revolution for Careful and Kind Care.

Doctors are asked to check off boxes on a computer, taking away time from discussions of what really brought the patient in that day. Patients, meanwhile, are asked to watch educational videos, transmit data, self-measure, self-monitor and self-manage, among many other health care tasks.

Our health system is driven by regulations and incentives instead of integrity. It calls for caring for “patients like this” rather than “this patient” and it wants efficiency, not elegance, said Dr. Montori, who does research at Mayo Clinic’s Knowledge and Evaluation Research Unit in Rochester, Minnesota, to advance person-centered care for people with chronic conditions.

To understand patient health priorities, ask: "What matters to you?"

“This industrial health care system is unsustainable,” he said. “I think it is going to go away either because we are part of the change or the change is going to take us along with it.”

The health system needs to support patients and clinicians, not the other way around, Dr. Montori said.

“Health care is not another industrial sector. It is not another sector of our economy. It is not 20% of our GDP. It is more complicated than that. It is people caring for other people. It is us caring for one another. … We need to move away from this notion that it is just a transactional economic deal,” he said. “Where we need to be is careful and kind care for all.”

Build trust by opening your notes

As momentum builds toward a less industrialized health system, today’s patients are looking to be on a level playing field when it comes to their care.

There’s a burgeoning movement for patients to have access to their physicians’ notes, said Liz Salmi, a patient who has undergone two surgeries for brain tumors in the past decade. She is also a senior strategist for OpenNotes, an international movement that urges doctors, nurses and other clinicians to invite patients to read the notes they write describing the visit.

In October 2016, 11 million patients had access to their clinical notes through existing online patient portals; that number has grown to about 44 million in October 2019, said Salmi.

She shared citations from about 100 studies showing successes when doctors open their notes, including findings that patients who read their doctors’ notes feel more engaged in their care, that vulnerable populations become more likely to report increased trust in their doctors, and that there can be an improvement in medication adherence.

Patients love open EHR notes. How to put them into practice

A 2011 study, “Inviting Patients to Read Their Doctors’ Notes: Patients and Doctors Look Ahead,” published in Annals of Internal Medicine, found that after physicians opened up their notes to patients, 99% were likely to feel the same or better about their doctor after reading just one note and 99% wanted continued access to the notes.

“There isn’t anything that 99% of people agree upon, but their doctor’s notes might be one of them,” Salmi said.

“We’re on the threshold of a new era of communications,” Salmi said. “Physicians and patients should be leading the way and not leaving it to coders and EHR vendors.” 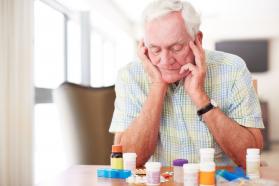