For a doctor to care for a patient in the most effective way possible, the two must have open lines of communication. Some might call it a shared language.

In many instances, that statement can be metaphorical. In watching her trainees grow from medical students to primary care physicians working on the front lines with underserved populations in Northern California, Tonya Fancher, MD, MPH, has a different vantage point.

“It’s just so beautiful to witness the care between doctors-in-training and patients,” says Dr. Fancher, the associate dean for workforce innovation and community engagement at the University of California, Davis School of Medicine (UC Davis) and the principal investigator at UC Davis for the AMA Accelerating Change in Medical Education initiative. “The way the students humbly seek and share information, and when they also share a common language, background or culture, there’s just nothing more beautiful to me.”

A recent interaction stands out. A Spanish-speaking woman came into one of UC Davis’ community clinics. She was wrapped in a Cookie Monster blanket—it read “galletas,” Spanish for cookies. She was ill and upset and unable to understand what was happening around her. Her demeanor changed when the resident physician spoke to her in Spanish, their shared language, and talked about their shared immigration experience.

“The way she transformed in those few minutes was amazing,” Dr. Fancher says. “The power of sitting down and talking with someone—when you can speak their language or share an interest or experience, that immediately puts them at ease in a way that most of us could not—is amazing.”

AMA, West Side United fight for health equity, one community at a time

Fifteen years ago, an interaction like the one Fancher described was harder to find, particularly in the underserved communities surrounding UC Davis.

When she arrived at UC Davis for a health services fellowship, she was struck by the lack of continuity of care some patients received. It differed from what she had seen as a medical student and resident at New York University School of Medicine, where Bellevue Hospital and the school’s community clinic operated as a single entity.

“When I first started at UC Davis, I remember seeing a patient whom we diagnosed with cancer, that really needed coordinated care and follow-up but we were unable to see them in our clinic,” says Dr. Fancher. “They left the hospital and we worried and worried about them. As a primary care doc, and as an educator of future physicians, that just broke me. So, I went back to NYU to ask how they did it.”

Dr. Fancher’s inquiries planted the seed for a concept that has shaped UC Davis’ approach to training the next generation of physicians: Improving access to care for all requires an intentional effort to recruit and train physicians who will provide culturally humble primary care where it is needed most.

A decade and a half later, UC Davis’ TEACH Program—through which care to the underserved is provided at the Sacramento County Community Clinic the school staffs with medical students, residents and faculty—has served the diverse needs of Sacramento and the surrounding community.

“With incredibly supportive and visionary leadership, we have made great strides.  But we continue to see patients who come to the emergency room because they don’t have primary care where they live,” Dr. Fancher says. “That just seems like a solvable problem.”

Read this story in its entirety as featured in the winter issue of AMA Moving Medicine.

Read the latest on health equity from AMA Journal of Ethics®️

The AMA is confronting health disparities at the system and community level to bring health equity to vulnerable patient populations in the U.S. 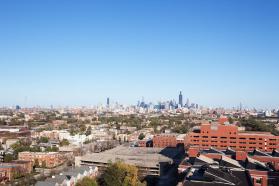 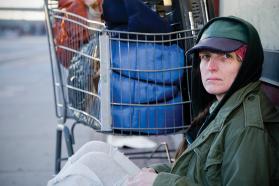 How to improve screening for social determinants of health 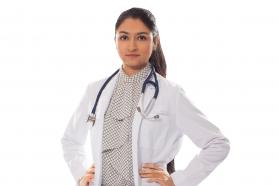