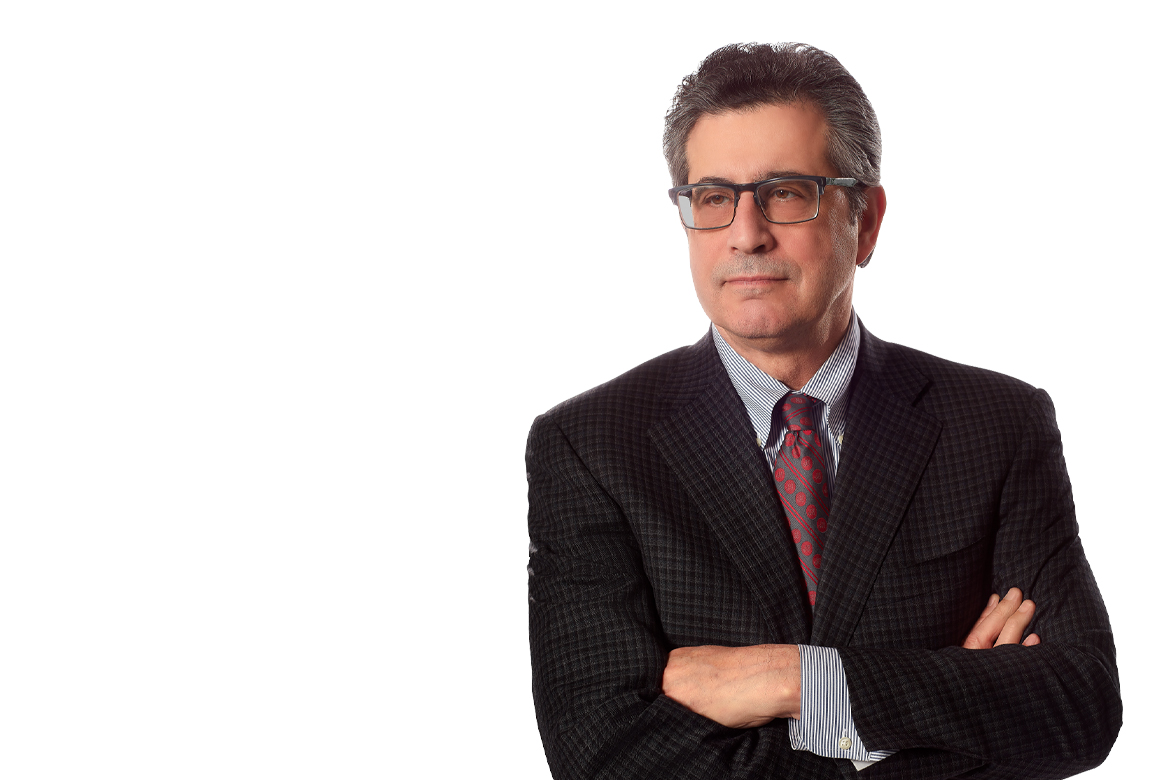 Whether strolling the streets of Union, New Jersey, as a boy, admiring the painted ladies of San Francisco in college, or traveling back in time via the red brick homes of Boston’s Beacon Hill as a pediatric resident, Howard Bauchner, MD, has always adored exploring the built milieu surrounding him.

“I loved Frank Lloyd Wright and the Prairie School and I loved skyscrapers, and just walking around cities and seeing how these buildings fit into their environments,” Dr. Bauchner recalls of his early avocation. “But it never made it into my college coursework.”

Instead, Dr. Bauchner’s true and unrelenting passion for medicine took over.

“I never remember wanting to do anything but become a doctor,” says Dr. Bauchner, editor-in-chief of JAMA and senior vice president of AMA scientific publications and multimedia applications.

Yet Dr. Bauchner’s early and continuing appreciation of architecture offers a fitting framework to understand how he has moved medicine forward in the eventful eight years of his tenure at the AMA’s crown jewel.

After all, form follows function. That rightly famed maxim from Chicago architect Louis Sullivan—Wright’s mentor—states that a building’s design should be dictated by its intended use. Wright took the notion further, crafting structures that mirrored and often melded into their surroundings. A building cannot stand alone, Wright argued. Rather, it should fit with, or even enhance, its setting.

So it goes in the world of medical journals. Original research—to have any lasting impact on physicians—must be vigorously interrogated and carefully situated within the broader environment of the evidence, clinical practice, payment, law and more.

“It’s hard to be a really good physician who sees patients every day and can keep up with the literature and understand how that should influence his or her interactions with patients and the clinical decisions they make,” Dr. Bauchner says.

He notes an often-heard “worry that the statistics have become so sophisticated that physicians take for granted what they’re being told.”

Dr. Bauchner admires “the physician who can keep up with and use that information to influence the decisions they make with patients. It’s the journal editor’s responsibility—and it’s now more important than ever before—to make sure the research published is put in the right light, with the right context and with the right caveats.”

That is why two in three original investigations published in JAMA Network™ journals “has an editorial to help shed light on the findings,” Dr. Bauchner says. “We work really hard to make sure that the discussions about the original investigations are enlightening, but we also bring up the challenges of the research. So, the editors play a proactive role in the discussion sections of papers.”

Dr. Bauchner’s careful thought regarding the proper construction of the medical journal in contemporary practice grows out of decades of devotion to the form.

As a medical student, he says, “I was happy reading medical journals all weekend long. I just loved understanding the evolving evidence for treatments, the lack of evidence, the supportive evidence.”

It was there that “legendary physician epidemiologist” Alvan Feinstein, MD, led a two-year program for Dr. Bauchner and just five other students.

“He could communicate the most complicated concepts so that you could understand them,” he says of Dr. Feinstein, who died in 2001. “That’s really hard to do when it comes to methods and statistics. There are so many kinds of biases or statistical errors. But he always would draw from a clinical example, and since we were physicians that really helped.”

A key takeaway from this training was that when it comes to evaluating research, methods come first and statistics come second. Dr. Bauchner eventually rose to become director of the general pediatrics division at Boston University School of Medicine before moving to the AMA in Chicago. From 2003 until coming to JAMA in 2011, Dr. Bauchner served as editor-in-chief of Archives of Disease in Childhood, co-owned by BMJ Publishing Group Ltd. and the Royal College of Paediatrics and Child Health in the United Kingdom.

The form of what Dr. Bauchner and his colleagues at the JAMA Network has changed, sometimes dramatically, to better help time-squeezed doctors function in the era of information overload. When it comes to better reaching physicians through smartly crafted digital designs, the numbers tell the tale.

Consider some of the major shifts that have taken place since Dr. Bauchner took the helm:

Physicians and other readers are responding. Podcast downloads stood at a modest 240,000 annually back in 2014. Now the JAMA Network podcasts are downloaded 2.3 million times a year.

Meanwhile, the total number of views for JAMA Network journals rose more than doubled to 72 million from 2014 to 2018. The folks who are just skimming abstracts, meanwhile, also grown dramatically, more than tripling to 118 million views including only abstracts over that four-year period.

“Those numbers are gratifying,” Dr. Bauchner says. “There is a lot of effort that goes into that on Twitter, Facebook, on the AMA home page and with Google. It’s great to see the amount of our written content that is seen in some capacity, on some device, and for me it really justifies the effort to increase the quality of the content and then the way we distribute the content.”

Part of getting the word out involves an unusual role for a physician within medical journalism.

General internist Michael Berkwits, MD, joined JAMA Network in 2013 as electronic editor. Among his many duties is to ensure that the emails, tweets and Facebook posts that often are the only word a physician might see about new research are accurate while being appropriately concise.

“It’s clear that as a relatively new editor, [Dr. Bauchner] was carving out a full-time position for an electronic physician editor,” Dr. Berkwits says. His position is unusual. He knows of only one other U.S.-based medical journal with a physician holding the role on a full-time basis.

The flurry of JAMA Network changes in just a few short years comes as little surprise to someone who works with Dr. Bauchner so closely. He “is really dynamic and energetic, and he’s a strategic thinker. He’s almost never relaxing or resting on his laurels. He’s always thinking about the next opportunity.”

A common refrain as meetings conclude is for Dr. Bauchner to ask broadly: “What’s the next big thing? Are we missing anything? What should we be looking toward?”

As for his leadership style, Dr. Bauchner prizes making decisions based on the best obtainable information.

There’s a “dedication to numbers, but not an obsession with numbers,” Dr. Berkwits says. “Howard’s really good about not faulting anything or anybody if things aren’t performing the way we’re expecting them to. It just helps us know—like a speedometer—where you are on the scale of things. That characterizes his leadership and the culture of the organization in a way that’s very refreshing, very common sense and largely puts everybody on the same page.”

For Dr. Bauchner, one of the biggest achievements of his JAMA tenure so far is to bring the recommendations of the U.S. Preventive Services Task Force back to the journal’s pages. The expert panel clinical recommendations are often influential and sometimes controversial. As with so much else that is published in JAMA Network journals, these recommendation statements are accompanied by an independent editorial to provide essential context to physician readers.

More broadly, it is the original research that gets Dr. Bauchner’s blood pumping. A recent highlight: the long-awaited results of a randomized clinical trial by the SPRINT MIND investigators finding that a systolic BP target of 120 mm Hg significantly cut the risk of mild cognitive impairment. The findings were accompanied by an expert’s editorial comment.

“I can’t overemphasize what a privilege it is to be in this position,” Dr. Bauchner says. “I work hard and I put in long hours, but the highlight for me is when we publish a great original investigation and we know it’s going to influence practice.”