As one of the 11 schools in the AMA’s Accelerating Change in Medical Education initiative, NYU is spending its $1 million grant on a make-over of its undergraduate medical education program, including using real clinical data to examine patient populations and emphasizing interprofessional and lifelong learning skills.

“Medical schools are looking for good team players with an ability to communicate and advocate for patients,” said Dr. Triola. “Those are skills that are increasingly important.”

Skills that are so important that they’re being emphasized on the Medical College Admission Test (MCAT). The new test, which will launch this April, will now require future physicians to have an understanding of the social and behavioral sciences. This MCAT revamp is the first major revision since 1991.

Interview methods are changing, too. At the University of California Davis School of Medicine, another school that’s part of the AMA’s initiative, local patients join faculty members in applicant interviews. Schools are increasingly using the multiple mini-interview (MMI) for applicants, rather than traditional interviews, which only allow an applicant to interact with a few interviewers and comes with inherent biases, expectations and perspectives of the interviewers.

With MMI, a group of applicants rotate through six to 10 stations for short bursts of time, each station focusing on a different facet of what would make a good doctor. For example, NYU’s MMI consists of eight stations that focus on communication, judgment and ethics—the things that patients really value, Dr. Triola said.

“This interview method is changing what it means to be a strong candidate,” he said. “The process of becoming a physician dramatically changes the identity of all students who come into medical school, but this process ensures the people who are going to become tomorrow’s doctors are well-balanced.”

Data from the American Association of Medical Colleges on the most recent class of med school matriculants show that three-quarters of applicants had research experience, and more than three-quarters reported volunteer community service in some kind of health care setting.

“This is the opportunity to think about the continuum of medical education,” Dr. Triola said. “We had these artificial boundaries between college and medical school and residency training, and some of these new models are starting to look at how we can move some of that content into different areas.”

Perhaps, using online learning, college students can take basic science courses before they get to medical school, Dr. Triola said. That’s just one example of the way the current medical education environment is working to create bridges between the different phases of a physician’s learning.

“So many of the things we’re talking about didn’t exist when we were in medical school,” Dr. Triola said. “What will happen five years from now? What will our health care providers need to know? We can’t teach that now, because it hasn’t been invented, but we do need to teach our providers the skill to constantly be learning.” 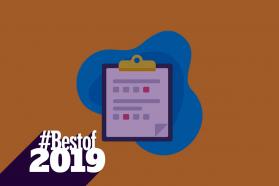 Top tips for premeds on getting into medical school 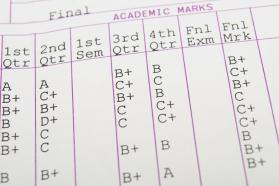 Why a low GPA may not sink your medical school application

How you can ace your medical school admissions interview