Nearing retirement, one physician sees no time to rest

Robert Tortolani, MD, is counting the days to his retirement—which begins July 1—but not because he is looking forward to more free time for kayaking, cross-country skiing and hiking, activities he loves pursuing in his adopted home state of Vermont, where he has practiced medicine for more than four decades.

Rather, he is counting the days because he knows that time is running out to find someone to fill his shoes. A family physician in Brattleboro, a city of 12,000 in the southeast corner of the state, he said that recruiting a replacement in his field has proved difficult. There are not enough family physicians in Brattleboro to begin with, he said. You can count them on two hands.

In addition, Dr. Tortolani, who turns 76 in May, is dealing with some fatigue. It’s hard to work all day, he said, and then go play softball on the team that his medical practice has sponsored for 40 years. Yet he said that he would have mustered the energy and soldiered on caring for Brattleboro’s frail and ailing—he was an Army physician during the Vietnam War, after all—but for the exhaustion of his staff, some of whom have been with him for more than 30 years.

“We all sat down together last June and decided that it was time to retire,” he said. “It was a tough decision to make, but my staff is also very tired. They spend more and more of time dealing with prior authorizations so that my patients can get the care they need. It is frustrating and onerous for them. It’s definitely harder for small practices like mine.”

The administrative and financial challenges faced by small-town solo practitioners such as Dr. Tortolani—the physician said he still uses paper charts, as he does not have the budget to convert to electronic medical records—have been balanced by the joys of getting to know the people he cares for as neighbors.

“Your patients are part of your community—your church, your grocery store, your hardware store,” he said. “I have cared for generations of families. I’ve seen young adult patients go on to have children and then grandchildren, and I have gotten to know them all.”

The ability to help the people in his own community is what drew Dr. Tortolani to medicine in the first place. He grew up an only child in another small New England city—Plainville, Connecticut—in the 1940s and ’50s, and he and his parents lived directly above his father’s medical practice.

“My father was one of four general practitioners in town, and he was loved by the community,” said Dr. Tortolani.

Dr. Tortolani said he believes that this type of high-touch, individual-centered care that he observed his father practicing, and that he has striven to emulate, is no longer in vogue. Too much has changed to allow this to happen with any regularity, he said: changes to insurance coverage and physician payment, along with other administrative burdens that have taken their toll on the quantity and quality of patient care, as well as on physician and staff morale.

The changes have also had an effect on the ways in which physicians relate to each other, Dr. Tortolani observed.

“I used to have many more interactions with other physicians,” Dr. Tortolani said. “The collegiality was part of the fun of practicing medicine. We used to meet for coffee in the morning or have lunch together at the hospital cafeteria across the street from my office. That’s not happening anymore. Now, most of the physicians are alone in their offices, on their computers, working on electronic health records.”

Yet as Dr. Tortolani winds down his professional days, saying his final farewells to his patients and discovering that recruiting another primary care clinician is proving to be a great challenge, he is not giving up his involvement in professional issues. To effect changes he believes are needed in the medical profession, including the recruitment of more primary care physicians, he will remain active in both state and national medical organizations.

“I already plan on becoming increasingly involved in the AMA’s Senior Physicians Section,”  he said.

Dr. Tortolani also intends to renew his medical license so that he can provide pro bono care to indigent patients at the free clinics in the Brattleboro area.

As for leisure time, the physician said he has no worries about keeping sufficiently busy. “I already have plenty of interests and hobbies,” he said, rattling off his involvement in the local historical societies and arts scene.

Retired or not, it is the well-being of his community that will remain uppermost in Dr. Tortolani’s mind. “It’s all about neighbors helping neighbors,” he said. 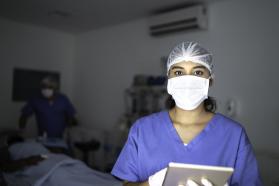 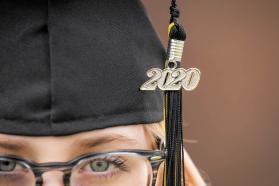 Med school grads: We need you more than ever