Analysis of health care spending: Where do the dollars go?

With all the talk about rising health care costs, you may be wondering how those vital dollars are being spent. A new analysis answers this question.

A close look at national health expenditures can offer physicians a clearer vision of the total costs and funding that are required each year to keep the health care system functioning. A new analysis (log in) from the AMA sheds light on health care spending. 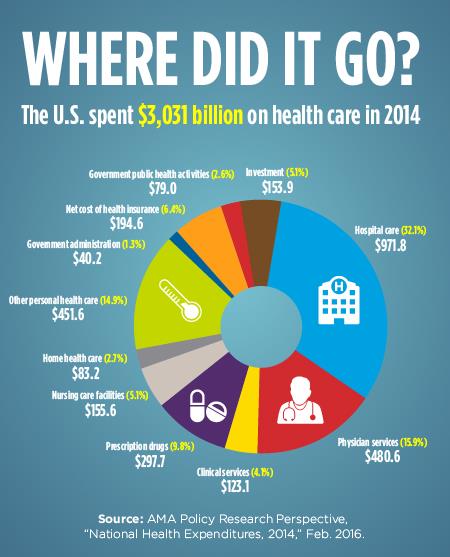 How our health care dollars are spent

“Despite the uptick,” the analysis said, “the 5.3 percent growth rate is still low by historical standards.”

“Important factors behind the acceleration in growth include the coverage expansions of the Affordable Care Act (ACA) as well as the introduction of new drug treatments for hepatitis C, cancer and multiple sclerosis,” the analysis said.

How are prescription drug prices determined?

On the other hand, prescription drug spending rose 12.2 percent in 2014, marking an abrupt departure from growth rates of recent years. “There hadn’t been double digit growth in this category since 2003,” the analysis said, “and post-2006 growth rates had remained well below 6 percent.” More than one-third of the new drug spending was from new treatments for hepatitis C.

Investigating a longer window of spending

The analysis also investigates the changes in health care spending over both 25 year and 50 year windows to present the patterns that allow analysts to look at short-term changes in a broader context.

Private health insurance has historically been the largest source of funds for health care spending since the 1970s. It continued this trend in 2014 with a 32.7 percent share of the pie, followed by Medicare and Medicaid—these three sources account for the majority of payments in the health care system. The smallest source of funds was out of pocket spending, whose share has continued to trickle downward over the past 50 years from a high of over 40 percent to only 10.9 percent in 2014. 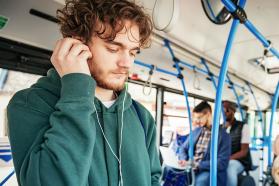