The medical drama Grey’s Anatomy has captured the attention of viewers for almost 15 years. And with such a history, it makes many wonder just how they come up with so many storylines. There is no way the stories are all true, right? During an education session, AMA member Michael Metzner, MD, shared some inside scoops on the popular medical drama and how the ideas keep flowing.

What TV gets wrong about forensic pathology

During his second year as a surgical resident at the University of Texas Health Science Center in San Antonio, Dr. Metzner began working as a medical communications fellow on the set of Grey’s Anatomy. In this role, he aims to ensure that what happens on the show is medically accurate, and that diagnoses, surgical procedures, symptoms and dialogue are all based on real science.

“I have one of the best jobs in the world,” said Dr. Metzner, an alternate delegate for the AMA Resident and Fellow Section. “I get to help create stories that tens of millions of people watch every week and you can actually have a pretty large impact.” 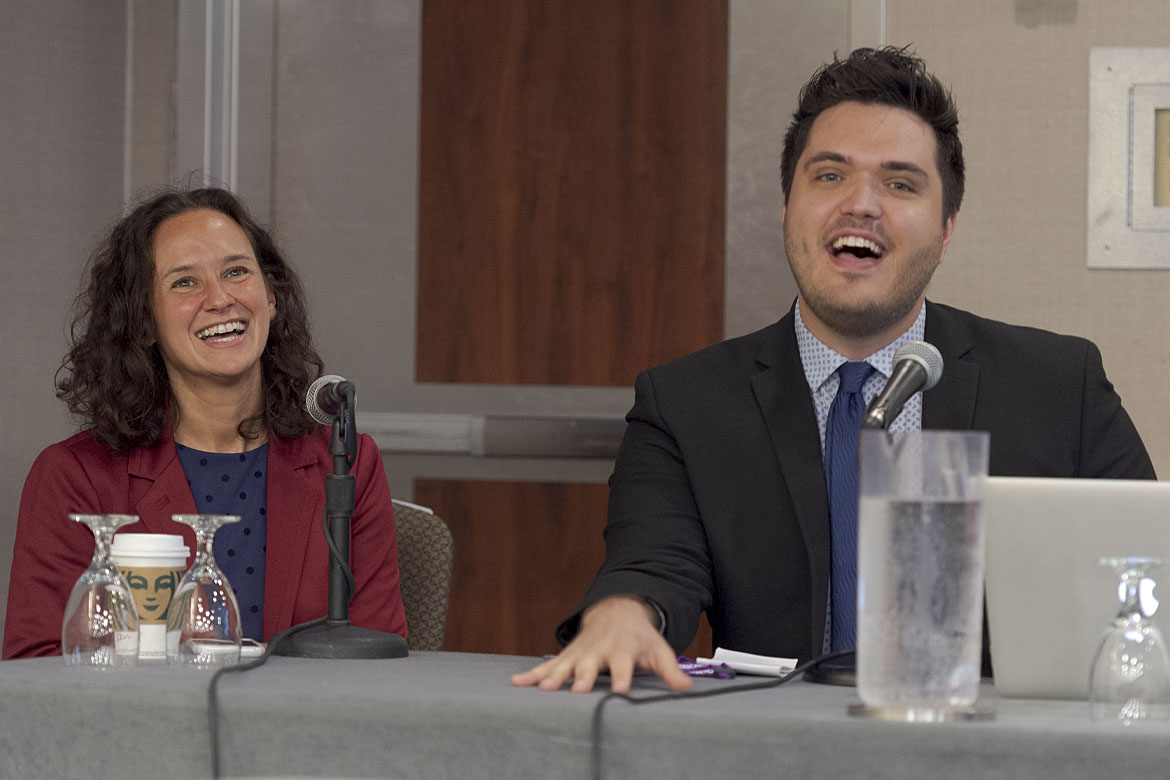 Jeanne M. Farnan, MD, associate dean for Evaluation and Continuous Quality Improvement at the University of Chicago, joined Dr. Metzner during the education session on pop culture’s impact on medicine, held during the 2019 AMA Annual Meeting in Chicago. (Drs. Farnan and Metzner are pictured above.)

Dr. Metzner offered answers to these questions about his experience working with Grey’s Anatomy.

How do you balance giving factual accounts of medical topics while fitting it into a dramatic narrative?

Dr. Metzner: We have four full-time doctors, four consultants in all different specialties and then we actually work with experts around the world. Although you might say, "Oh, that’s never going to happen," almost 99.9% [of stories] are actually based on case reports where—yes, it is that one in a million—but a lot of times that actually has happened. … It comes down to there has to be a balance between drama and reality.

The way that we come up with the stories is we’ll either have writers who have read something on Buzzfeed or in The New York Times. And then we’ll delve in to see what the validity of that is or for other stories we have based on our own experiences. A couple of the stories this past season were actually based on patients that I have in San Antonio. So again, it’s a balance and it’s a very hard teeter-tottering kind of thing to do.

How do you approach covering a more ethically sensitive topic?

Dr. Metzner: This season, I think we did one of the most amazing jobs on a really sensitive topic. It’s called “Silent all These Years,” and it follows this woman who was sexually abused.

In this Moving Medicine podcast, Dr. Reshma Jagsi highlights how the #MeToo movement has impacted the medical field.

When we talk about these kinds of sensitive issues, we try and push the limit as much as we can, but this was a really important story.

RAINN—which is the Rape, Abuse & Incest National Network—their calls actually increased by 43% after we showed that. We’ve had so much outreach from women and men who have been victims. When we talk about these kinds of topics, it’s not just, “Oh, we’re going to write a really compelling story.” We do so much research to make sure that what we’re conveying is important.

We actually did a public service announcement as a trigger warning, even before we put this on prime-time television because we showed every step of what actually goes into a rape kit. That’s the first time in TV history that we went through each of those steps.

The session was held by the AMA Medical Student Section.