For 35 years, Ronald Pye, MD, had a rewarding career as a pediatrician and clinical neonatologist. He was passionate about his work in Ontario, Canada—where he initially trained as a physician after emigrating from a village in Kent, England—as well as in the United States.

Recruited to Boston in the 1990s, he helped develop and run Levels I, II and III neonatal units at a number of area hospitals, earning the respect of colleagues and the gratitude of families for his clinical skills and gentle demeanor. He was dubbed the “baby whisperer” for his uncanny ability to calm bawling newborns by holding them close to his face, making direct eye contact and speaking to them soothingly.

But as joyful as those experiences were, Dr. Pye knew that he eventually would have to close the professional chapter of his life and think about life after medicine, the physician said in a recent interview with AMA Wire®. After stepping down as chair of pediatrics and chief at neonatology at St. Elizabeth’s Medical Center in Boston several years ago, he took a less taxing job closer to home so that he could begin mapping out his post-career plans.

He took the final plunge into retirement in September 2015—while many of his colleagues stood by, scratching their heads and asking him why. His answer: “I want to retire while I am fully competent, doing well and still at the top of my game,” he said.

Nothing can replace “working with families to improve the lives of children and seeing them go on to succeed in life,” Dr. Pye, now 72, said. “Leaving medicine was hard for me and for the nursing staff. I still miss the opportunity” to make a difference with patients. But as a person with a large immediate family—a wife, four children, two stepchildren and seven grandchildren—and many interests, he had always endeavored to lead a balanced life and to enjoy other intellectual, creative outlets. 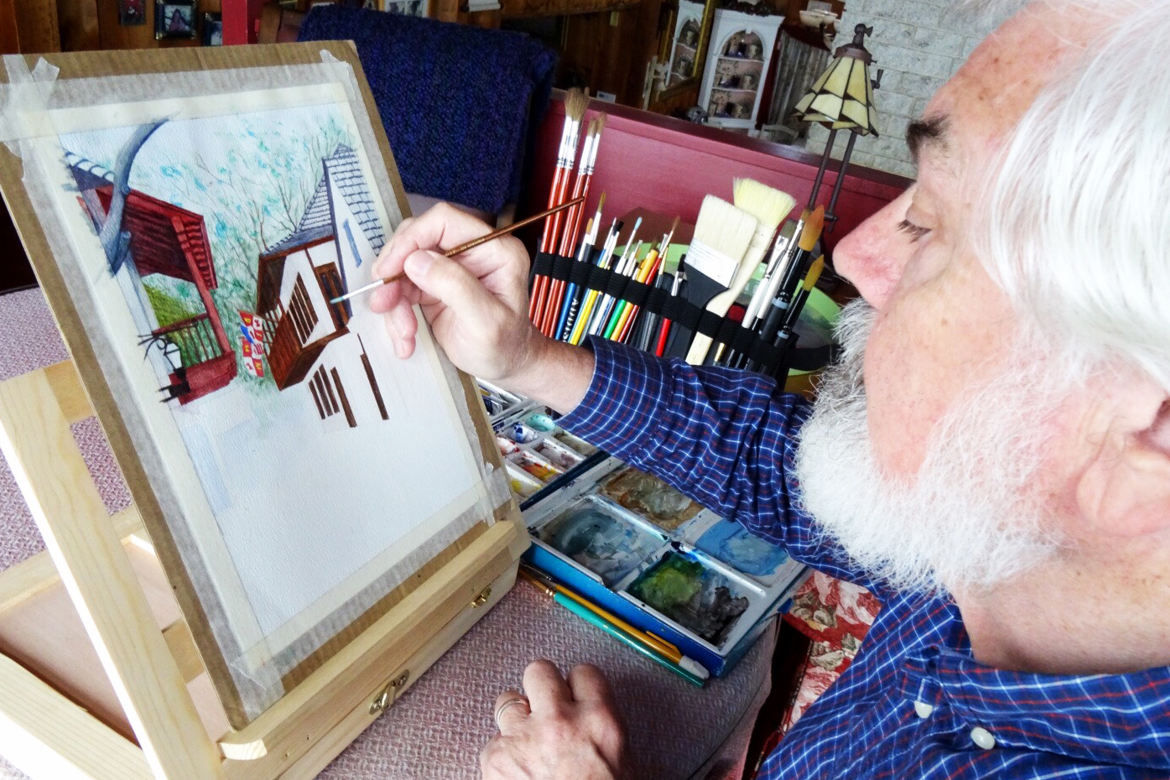 These days, Dr. Pye counts watercolor painting, woodworking and poetry writing among his active pursuits. Because he is handy around the house, his wife has created for him a honey-do list, which has included building new kitchen cabinets. He also loves to bicycle, play tennis and work in his garden. “I get up every day with a busy day ahead of me,” he said.

His has been a successful retirement, Dr. Pye acknowledges, but it took work to achieve it. For those now contemplating life after practice, he offers this advice on retirement for doctors

View retirement as significant rite of passage—and plan accordingly. “It is a major life transition,” he said, “and you have to prepare for it mentally, physically and financially.” Be sure that you have been saving all along to enjoy the fruits of your labors, he said. And think long and hard about what your life will look like once you do not have to get up at 5 a.m.—or in the middle of the night—to attend to medical emergencies. Have you put off that trip to the Greek islands or the Galapagos? Now may be the time to indulge yourself. Do you have a growing pile of books on your nightstand that you have been intending to read? Start cracking those spines.

Make a clean break from the medical profession. Dr. Pye said he can attest to the need to achieve full closure. Some months after he retired, he covered for three months for a former colleague on maternity leave. “Everyone said, ‘You did great,’” he recounted. “‘Why don’t you come back on weekends or a per diem basis? And my response was, ‘OK, guys. This is it.’ Otherwise, you’re not retired. You’re still in a physician’s mindset.” To be able to move on successfully, Dr. Pye said, he retired his medical license.

Make new friends. “After you retire, you’re going to move in a new circle,” Dr. Pye said. “You may not have contact with other physicians. I have new friends and acquaintances through watercolor painting.”

In observing how he spent his first 24 years in the U.K., the next 24 in Canada and the last 24 in the U.S., Dr. Pye said that he viewed his life as a series of journeys and adventures. And now, he looks forward to seeing where the next 24 years will take him.

Why bullying happens in health care and how to stop it

Why audio-only telehealth visits must continue