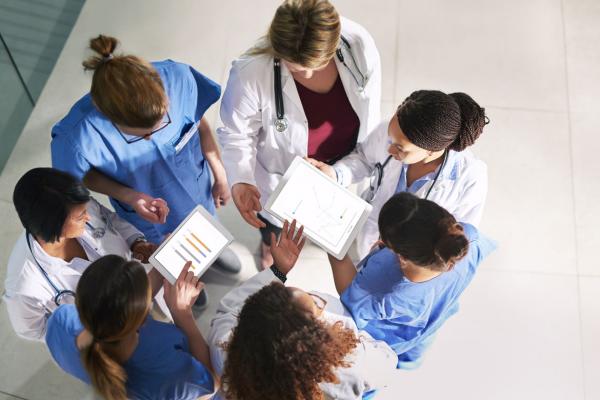 Get to know YPS

The YPS is currently accepting nominations for three leadership positions on the YPS Governing Council. These include:

Nominations (DOC) for the 2022-23 YPS Governing Council close May 22, 2022. but you can still submit a nomination during the 2022 June YPS Assembly Meeting. Terms will begin at the close of the June 2022 AMA Annual Meeting.

Additional information on positions and duties can be found in the YPS Internal Operating Procedures (PDF).

Become a representative in the YPS assembly

Become a representative in the YPS assembly

Representatives for the YPS Assembly represent the interests of young physicians and are voting members of the assembly. Representatives may include state federation members, members serving in the military, federal agencies, national medical specialty organizations or professional interest medical associations.

The delegate selected to represent a national medical specialty society in the YPS:

Apply for voting status in the YPS Assembly and submit information to indicate compliance with the criteria listed above to the YPS Governing Council at [email protected].

Please read the YPS Internal Operating Procedures (PDF) to understand the criteria for representation in the assembly.

Each federal service represented in the HOD is entitled to two voting representatives in the YPS Assembly.

Submit the YPS Representative Certification Society Contact Information form (DOC) to complete the certification for your society before Annual and Interim YPS meetings. Contact the YPS at [email protected] with questions.

Much of the committee’s work is done prior to the assembly meeting. The committee is composed of five YPS representatives, including one chair. A main goal of the Reference Committee is to develop a consensus as a committee to accept or not accept "late" resolutions received after the resolution deadline.

This committee is convened prior to each assembly meeting to review the entire HOD Handbook. A minimum of two YPS representatives (one representative will serve as chair) and one governing council member are assigned to review items of business referred to each HOD Reference Committee and propose an initial course of action for the YPS (active support, support, oppose, active oppose, monitor) and draft testimony for items with active positions.

This committee consists of four representatives, including one chair. Its main responsibilities are:

These key individuals "monitor" a specific HOD reference committee and bring back to the YPS caucus an analysis of selected items discussed during his/her assigned reference committee. This helps the YPS delegate and alternate delegate refine testimony on pending issues.

Leadership opportunities outside the YPS

Leadership opportunities outside the YPS

This position is available beginning June 2022. YPS candidates should submit a completed AMA nomination form (DOC), a CV (not to exceed three pages) and their photo to [email protected] by Jan. 31, 2022.

The committee meets twice per year to advise the AMA Board of Trustees on issues affecting LGBTQ physicians, students and patients, and to help develop strategies to better serve this segment.

The MAS's goals and objectives include increasing the number of underrepresented minority medical students and physicians, providing a forum for networking and advocacy on minority issues and eliminating racial and ethnic health disparities. The MAS Governing Council meets 3 times per year.

ACGME RCs to which the AMA nominates

Position descriptions and AMA nomination applications for current opportunities are posted in the Council on Medical Education leadership opportunities page.

Sign up to receive monthly email updates on issues impacting physicians at the beginning of their professional practice.