How to screen for Ebola: CDC offers resources

As the first patient diagnosed with Ebola in the United States died Wednesday morning in Dallas, a special Web page from the Centers for Disease Control and Prevention (CDC) offers the resources you need to be prepared for patients who might have this disease.

The CDC and U.S. Department of Health and Human Services’ Office of the Assistant Secretary for Preparedness and Response (ASPR) have asked physicians to place screening criteria in all emergency departments, ambulances and other “first contact” locations.

The CDC suggests that emergency departments screen for:

If both criteria are met, the patient should be moved to a private room with a bathroom. Standard, contact and droplet precautions should be followed during further assessment.

The agencies have issued a hospital checklist for Ebola preparedness. In addition, physicians can watch a webinar from the CDC and ASPR on Ebola preparedness for the U.S. health care system. The CDC website for health care workers offers more information about testing, diagnosis and protection, as well as guidance on how to safely manage patients with the virus. Additional resources can be found on the ASPR website.

“Our calls from doctors have increased tenfold since the first case was diagnosed,” said CDC Director Tom Frieden, MD, in a press briefing Tuesday. “There’s a lot of awareness, and we’re working to increase that even further …. We want to make sure any lessons we learn from Dallas are rapidly incorporated into the practice of health departments around the country.”

The virus is spread through contact with bodily fluids of a person who is sick with or has died from Ebola, and the chances of a widespread outbreak in the United States are unlikely, Dr. Frieden said last week.

In addition, the Journal of the American Medical Association and Kaiser Family Foundation created a visual snapshot of the 2014 Ebola outbreak, including key facts about Ebola, the number of cases in the current outbreak and a summary of the key U.S. agencies responding to the crisis.

A new Viewpoint piece in JAMA Internal Medicine also looks at public health in the age of Ebola.

On Tuesday, the National Institutes of Health (NIH) said it discharged a physician who had been exposed to the virus and had been kept in isolation at the NIH’s Clinical Center. The physician was admitted to an isolation unit in Bethesda, Maryland, Sept. 28 after returning from Sierra Leone, where he was a volunteer in an Ebola unit and had been exposed to the virus by a needle stick injury.

Patients can get more information about Ebola on the CDC website. 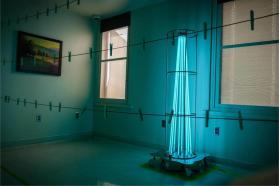 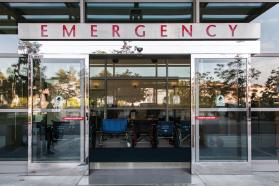 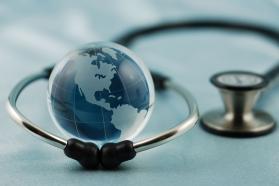 When global health emergencies strike, how should doctors respond?