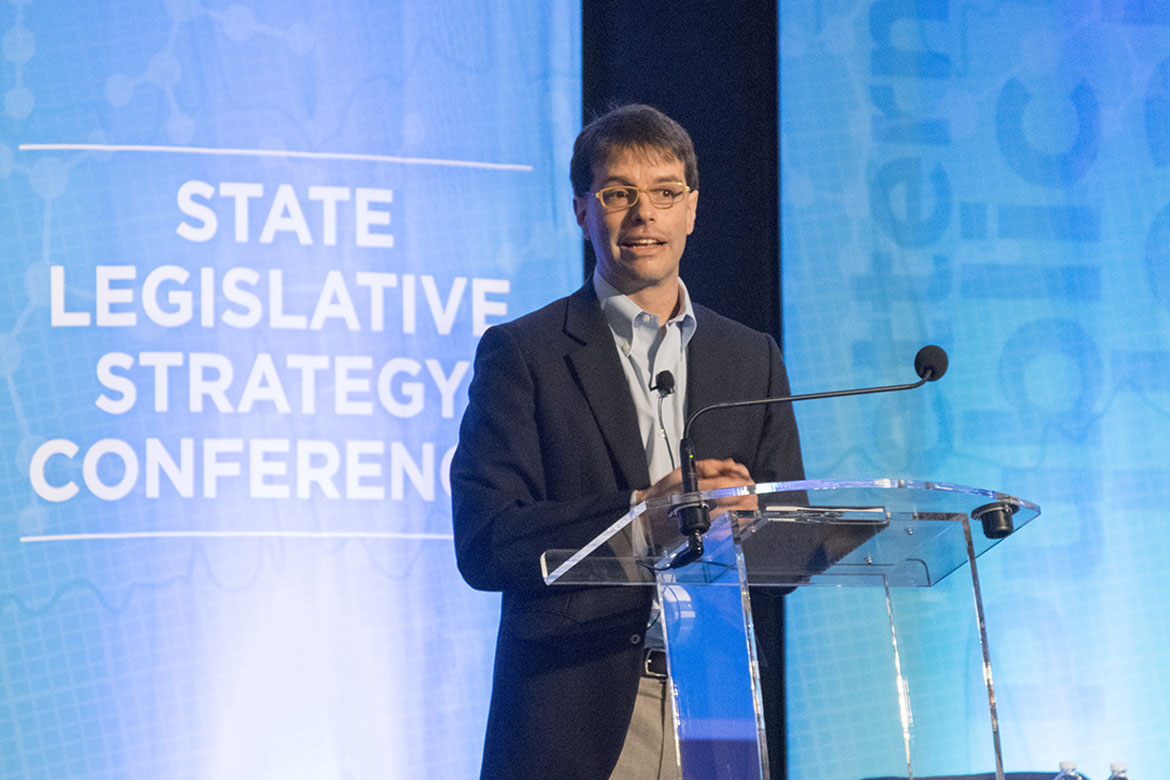 How many surveys have you been asked to take in the last year? Now, how many of those surveys seemed like they mattered? The Internet is flooded with surveys about anything and everything, but surveys directed toward physicians and focused on specific impact issues can actually make a difference. For the Colorado Medical Society, surveying physician members has brought a new element to advocacy efforts on major health care concerns.

Benjamin Kupersmit, president of Kupersmit Research, joined forces with the Colorado Medical Society in 2008 to conduct a survey about comprehensive health care reform. Seeing tremendous value in the survey’s data, the parties continued their relationship and addressed many other issues such as network adequacy, physician-assisted suicide, Colorado’s attempt at a single-payer system, known as Amendment 69, and the Aetna-Humana and Anthem-Cigna mergers.

“We’ve been able to use the surveys primarily to create a representative view of the voices not in the room when the board meets,” Kupersmit said, “the voices of the physicians who are too busy to show up and engage in that in-person level.”

So how do they do it?

“We always do some kind of a focus group with the people who are involved,” he said. “And we will always open up these focus groups to whoever wants to participate.” For example, when Amendment 69 was on the table in Colorado, they brought in both advocates and opponents to collect perspectives from both sides and create legitimate data that reflects the full opinion of the organization.

The Colorado Medical Society finishes the process of each survey with a report that is sent to all members. “We put it in the magazine, we put it online,” Kupersmit said. “There is no Starbucks gift card at the end of our surveys … our incentive for them is knowing that we close the loop and that they’re going to see that data.”

With surveys popping up on everyone’s Internet browsers, how do you get the attention of physicians? According to Kupersmit, it’s quite simple. “[When] you put something out there on an issue that really matters … you can get a response,” he said.

The society sent a survey to physician members to find out how they felt about the two major insurer mergers last year. “This survey set out to specifically create evidence of monopsony power and abuse by commercial payers as being experienced by our physicians,” Kupersmit said. The critical questions in this survey were directed toward the physicians who could cite specific challenges in contract negotiations and that were hindering their ability to contract, authorize and be paid for their work.

One of the questions asked was how the mergers would affect physicians’ abilities to negotiate contracts with the insurers. And about 85 percent of the physician members said it would negatively affect their negotiations. This data was critical for the society in how it approached its opposition to the mergers.

“It was very impactful,” Kupersmit said. “We asked our decision makers, ‘Do you support or oppose the mergers?’” They found compelling evidence that the physicians on the ground were largely against them.

Kupersmit pointed out an important part of choosing which issues to take a stance on or approach solutions to after surveying physicians. You have to look at “the balance between [strong] and soft intensity of support or opposition,” he said. “When 63 [percent] strongly oppose and 16 [percent] somewhat oppose, that ratio is so tilted that we see that there’s passion, and in this case fear, frankly, if this merger was allowed to go through.”

With Amendment 69, the Colorado Medical Society’s survey found that 67 percent of physicians across the state were strongly against the amendment and only 9 percent were strongly in favor. “What we found from our physicians is that [they] have little or no appetite … for a huge effort to restructure,” Kupersmit said. And the results of this survey enabled the society to take a position on the issue.

The AMA also conducted a survey, in collaboration with the California Medical Association, which was implemented in several other states and captured physicians’ opinions on the mergers. That data was sent to the U.S. Department of Justice (DOJ) and state attorneys general, led to meetings between the DOJ and practicing physicians and culminated in the opposition to the deals not only from several states, but also from the DOJ. The lesson: Physician voices have power.

Last year, the AMA, in partnership with Dartmouth-Hitchcock Health Care System, conducted a time-motion study and found that for every hour of face-to-face time with patients, physicians spend nearly two hours on electronic health record (EHR) and other clerical desk work. The study was supported by a qualitative component that surveyed physician opinions on the matter. Physicians’ responses were powerful and provided a valuable complement to the quantitative data.

Anecdotes hold a lot of power, Kupersmit said. When you pair a powerful physician anecdote about how an issue is affecting patient care with strong data on the physician opinion on that same issue, the entire package becomes something that is very hard to argue against.

Another key collection of physician opinions comes out of the Physician Practice Benchmark Survey, conducted every two years. The AMA uses that data to support advocacy efforts to prevent burnout, make EHRs interoperable and fight for major issues identified in the survey results.

When participation is high and responses are thoughtful, surveys can provide much-needed support for efforts to change health policy and health care delivery.

Up
70
More about:
A year in review: Physician leaders look back on 2021
Q&A: This pediatrician leads one of the world’s largest philanthropies
Steven Nelson on reimagining care and physician well-being
Featured Stories