Evidence indicates that shift-to-shift handoffs are related to increases in adverse events and patient mortality. And a new study examines the link between death risk and end-of-rotation transitions, but what kinds of strategies can work in practice to minimize the handoff hazard?

A study published in the recent Journal of the American Medical Association (JAMA) theme issue on medical education asks the question, “Are patients who are exposed to end-of-rotation resident transition in care at risk for greater mortality?”

Examining more than 230,000 patients admitted to internal medicine services in 10 Veterans Affairs (VA) hospitals, the study found that end-of-rotation house staff transition in care was associated with significantly higher in-hospital mortality when handoffs involved only interns, or interns and residents. But they the death rate was not higher when transitions involved only residents. The higher death risk “may be limited to longer-stay, complex patients with greater comorbidities or those discharged soon after the transition,” the authors concluded.

In an editorial, “Inpatient Service Change: Safety or Selection?” Vineet M. Arora, MD, pointed out that “patients who remain hospitalized during a change in personnel on the inpatient service are likely different than those who are discharged. This selection helps to explain the increased mortality with service changes reported in the study.”

But, she wrote, there are alternative explanations. For example, a patient admitted before transition may receive less attention from the team that admitted them since they will not continue that patient’s care throughout their hospital stay. Or the team taking over “may perceive they never really ‘owned’ a patient they did not admit.”

“In contrast, an intern-resident service change could facilitate a ‘fresh look’ at an ill patient who may not benefit from ongoing intervention,” Dr. Arora said.

The findings yet again draw attention to the critical importance of improving in-hospital care transitions.

Dr. Arora also helped conceive and design a survey whose results were included in the JAMA medical education theme issue. The survey which asked residency programs which techniques they were using in practice to make handoffs smoother and safer for patients. These included educational resources, carving out dedicated time for handoffs and adding supervisors to transitions, among others (below). 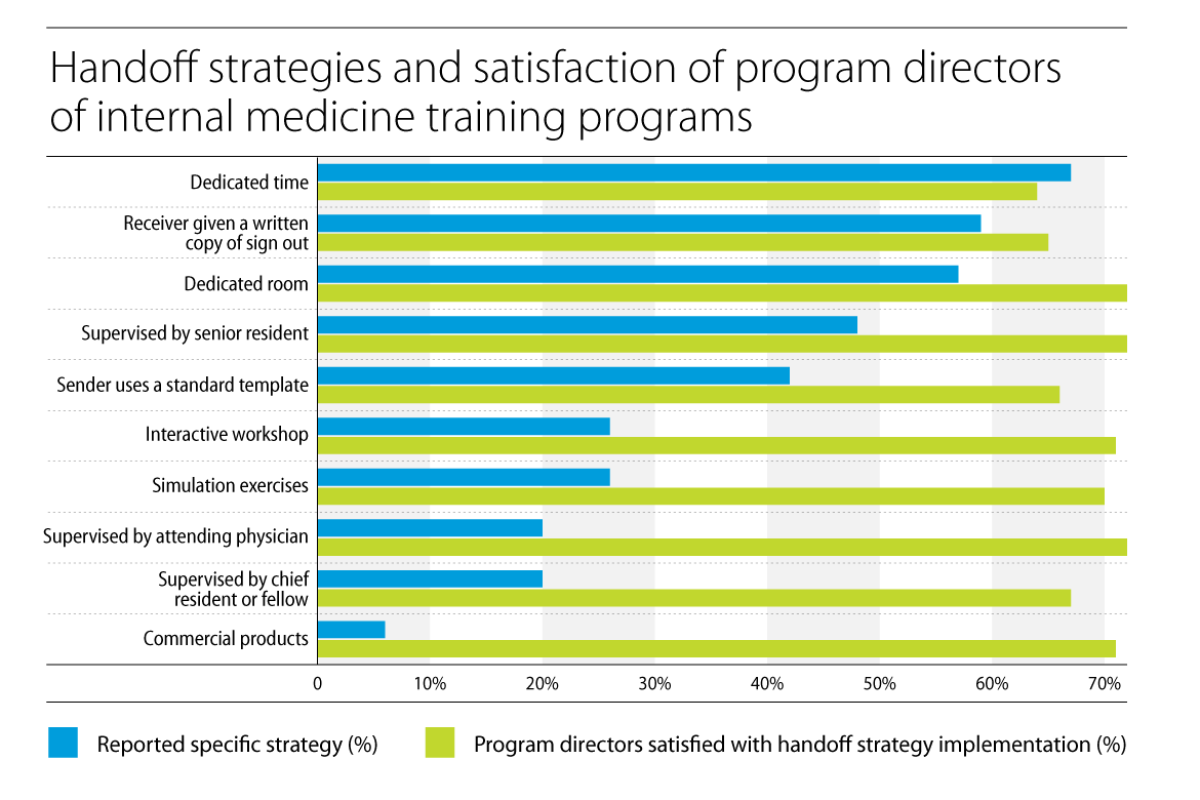 Dr. Arora works closely with residents every day. When asked about some of the ways she’s found to make transitions in care at end-of-rotation easier for residents, she offered three examples:

“It is reasonable to suggest that service changes may be risky for patients and to explore ways to improve them,” Dr. Arora said. “Until further research elucidates the reasons why mortality may increase at these times, academic health centers must remain committed to ensure the safety of patients at all times, especially those patients undergoing service changes.”

Q&A: What’s next for Dr. Gary Kaplan after stepping down as CEO
Court should respect privilege tied to Quality Related Event report
Why peer review confidentiality is critical, must be protected
Featured Stories