Access to treatment for opioid-use disorder remains a challenge for most Americans, but there are programs in Chicago and Denver where pilot programs are showing success.

The AMA Opioid Task Force has practical advice and resources for physicians looking to take action to help reverse the nation’s opioid epidemic. 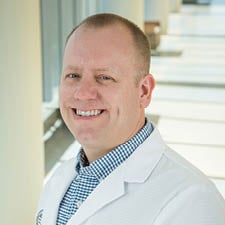 Steven Aks, DO, in Chicago, and Jason Hoppe, DO, in Colorado are reaching past their traditional roles of emergency care to establish warm-handoff programs for patients with an opioid-use disorder. Both physicians have helped develop pilot programs that initiate treatment and connect patients with long-term care.

The program in Colorado began as a pilot in 2018 and was funded by a state grant.

“The first step is acknowledging that when treatment is needed, it’s not just about less prescriptions,” said Dr. Hoppe.

He explained that a large portion of the grant money was put toward hiring more social workers to work closely with physicians in screening patients and addressing barriers to care. Those with misuse and abuse are encouraged to start on buprenorphine.

The physician-social worker teamwork has been a major reason for the program’s initial success, said Dr. Hoppe. Within their first group of patients, 39 out of 40 showed up for their first follow-up appointment.

“It’s been successful enough that the hospital is going to support the social workers beyond the grant,” said Dr. Hoppe. “We are hoping others use a model like this.”

Dr. Aks agreed: “We want to see all emergency physicians embrace a model like this at some point.” The program he helped start in Chicago also started with a state grant. His hospital hired recovery coaches and placed them in clinics and in the emergency department.

Another key element was getting more primary care providers certified to provide buprenorphine as well as working to help them become more comfortable treating patients with substance use disorders.

“Years ago we use to just hand out a sheet of paper that told people where to go, but we realized that was inadequate and increased our connection to long-term care,” said Dr. Aks.

A standard to strive for

An added positive of the work has been removing stigma within the medical community. 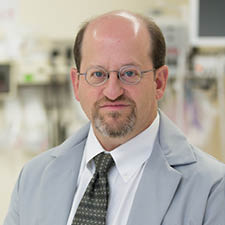 “There were physicians who were very unsure of what we were doing,” said Dr. Aks. “But they quickly found that while the work is challenging, it also is incredibly rewarding. Our patients used to be bounced around from emergency department to emergency department. They’d been mistreated by the medical system for years. We’ve changed how they see us too.”

“The first patient I did a buprenorphine induction on in our ED was a patient who had been vomiting and had diarrhea—she was curled up in a ball. We monitored her over several hours, gave her clean clothes, a hairbrush and a shower. The medication stopped her cravings. She was grateful for being treated with care and without judgment. That should be the standard we all strive to provide.”

“We didn’t go into emergency medicine to become addiction medicine providers,” said Dr. Hoppe. “But our nation is facing an epidemic. We had to do something, and it’s incredibly gratifying to help.”

Learn more about what the AMA is doing to end the opioid epidemic. Have you experienced any barriers to care for opioid-use disorder? Share your story: [email protected].