As a medical student at Case Western Reserve University in the 1960s, Alabama native David Satcher, MD, PhD, said his first patient encounter was with a man from Mississippi—who then checked himself out of the hospital a few hours later because “the idea of having a Black doctor didn’t sit well with him.”

Embedding equity into medicine requires planning and honesty. To meet this moment, the AMA has developed a plan to advance racial and social justice. 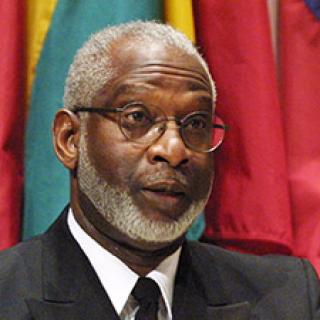 Decades later, when Dr. Satcher was serving as the 16th surgeon general of the United States in the Clinton administration, the man’s daughter contacted him. She told Dr. Satcher that her father was proud of what he had accomplished and asked if he ever forgave him for the way he acted.

“I told her I forgave him long ago,” Dr. Satcher said. “As a physician, my responsibility is to understand the shortcomings of my patients whether it’s in their health or their attitude and to try to deal with it.”

Dr. Satcher recounted that story during a JAMA podcast interview he participated in connection with a Viewpoint column he co-wrote in the recent JAMA theme issue on racial and ethnic inequities in medicine and health care.

His commentary, “Race and the Patient-Physician Relationship in 2021,” was a follow up to one he wrote 48 years earlier, entitled “Does Race Interfere With the Doctor-Patient Relationship?”

How the AMA plans to tackle root causes of U.S. health inequities

In his 1973 commentary, Dr. Satcher told of his encounter with the patient from Mississippi, and wrote that, when white patients encounter Black doctors they are “frequently surprised and sometimes even shocked.” The reverse was true for Black patients whose doctor was white.

“In many cases, the white physician is looked upon as an authority figure whose decisions may not be understood but are not to be questioned,” Dr. Satcher wrote then. “Black patients often do not express their dissatisfaction with their care. Instead, their response is noncompliance with the physician’s instructions.”

In 1973, he wrote, “We live in a racist society, and all around us the forces of racism help to determine the course of our lives and the nature of our relationship.”

In 2021, his message is: Yes, there has been improvement, but it hasn’t been enough.

“There has been progress in stretching the umbrella of health care coverage, access and quality for more people in the United States than at any other time in U.S. history,” the 2021 commentary says. “Yet, medicine still struggles with how to advance health equity, quash racist beliefs and biases in the profession, and reform racist systems and structures that have created, perpetuated and exacerbated the health inequities that continue and are experienced by many in U.S. society.”

Dr. Satcher co-wrote the 2021 commentary with attorney Daniel E. Dawes, who is a professor of health policy and director of the Satcher Health Leadership Institute at Morehouse School of Medicine, which worked with the AMA to develop the Medical Justice in Advocacy Fellowship. This is a new initiative to prepare the next generation of physician advocacy leaders advancing health equity; the inaugural class of 12 fellows was named this summer.

Social, and political, determinants of health

“Physicians’ views as patient advocates must transform, to not only address the pathology of disease, but also the social and political determinants that created and perpetuated disparate health outcomes for generations in this country,” says the JAMA Viewpoint column by Dr. Satcher and Dawes. Last year, Dawes wrote a book-length treatment of the subject, The Political Determinants of Health.

“In discussing the effects of race on the patient-physician relationship, the aim must not be merely to accuse or to place blame but to analyze critically the problem with the goal of improving medical care delivery,” Dr. Satcher and Dawes wrote. “The general silence on this issue tends to deny that racism is a major barrier to effective medical care for many people in the United States, when in fact medicine has been caught up in the race problem.”