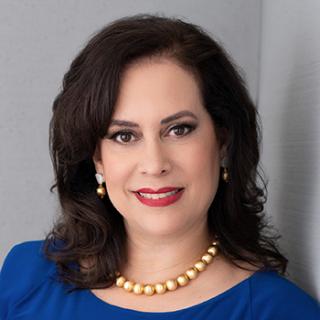 Madelyn E. Butler, MD, an ob-gyn from Florida, was elected to the American Medical Association Board of Trustees in June 2021. An AMA member since her first year of medical school, Dr. Butler has advocated for medicine at the national, state, and local level throughout her career, and demonstrated extensive leadership on behalf of her patients and fellow physicians.

Dr. Butler first served as a resident delegate to the AMA House of Delegates (HOD). She went on to become both a member and vice chair of Florida’s delegation to the AMA-HOD, a member of the Committee on House of Delegate Functions, and chair of the Reference Committee on Constitution and Bylaws. Dr. Butler currently serves as a Board of Trustees liaison to the AMA Council on Ethical and Judicial Affairs, the AMA Minority Affairs Section, and the AMA Women Physicians Section.

Dr. Butler is a past president of the Florida Medical Association (FMA), the FMA Political Action Committee and the Hillsborough County Medical Society. She also served as chair of the FMA’s Medical Student Section and its Resident and Fellow Section Governing Council. Through these roles and many others, Dr. Butler has fought for the viability of medical practice in all forms, and to ensure future generations of physicians are able to thrive in their chosen specialties and practice settings.

Born in Cabaiguán, Cuba, Dr. Butler moved to the United States with her family at an early age, spending her formative years in Sylvester, Ga., and Bartow, Fla. She earned her undergraduate and medical degrees from the University of Florida, then completed her residency in obstetrics and gynecology at the University of South Florida.

In 1998, Dr. Butler pursued her dream to open an independent practice in her south Tampa community. That pursuit led to the creation of The Woman’s Group, which now has four practice locations in the Tampa Bay area and has been named best obstetrics and gynecology group by the Tampa Tribune and the Florida Medical Journal. With 24 physicians, nurses and support staff members who speak Spanish, Vietnamese, Arabic and Hindi, Dr. Butler’s practice delivers the highest level of care to Tampa’s diverse patient population.

Dr. Butler and her husband, Bill Butler, live in Tampa, where they raised their daughter, Olivia, and their sons, Christian and Donovan.