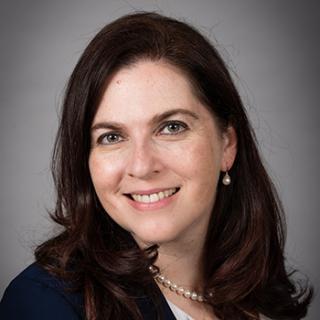 Ilse R. Levin, DO, MPH & TM is a board-certified internist and an epidemiologist living in Silver Spring, Md. Elected to the American Medical Association Board of Trustees in June 2020, she is a fellow of the American College of Physicians and has served in many leadership positions throughout her career, including serving on three separate delegations within the AMA House of Delegates: the California Medical Association, the Massachusetts Medical Society and as chair of the American Society of Addiction Medicine.

A past member of the AMA Council on Science and Public Health as a resident from 2006 to 2009 and in a full seat from 2009 to 2017, Dr. Levin has represented the AMA to the American Association for the Advancement of Science, and the Centers for Disease Control and Prevention’s National Advisory Council for the Elimination of Tuberculosis.

Dr. Levin was elected to the board of directors of the National Commission on Correctional Healthcare in 2011, where she has served as a member of the Executive Committee, as vice chair of the Education Committee and as chair of the Certified Correctional Health Professional–Physician Task Force. She was also elected to the board of directors of the American Society of Addiction Medicine in 2011, serving on the Finance Committee and Legislative Action Committee, and has served as the president of The Forum for Medical Affairs.

Dr. Levin received her bachelor’s in marine science from Boston University. She earned her master’s in public health and tropical medicine at James Cook University in Australia. During her graduate studies, she worked with the World Health Organization and the Myanmar Ministry of Health to create a sustainable, community- directed lymphatic filariasis control program for rural Myanmar. After returning to the U.S., she became program director for public health research at Chase Brexton Health Services in Baltimore, Md., overseeing research projects investigating adherence to HIV treatment regimens.

Dr. Levin received her medical degree from Western University of Health Sciences in Pomona, Calif., and completed her residency in internal medicine at Baystate Medical Center/Tufts University School of Medicine in Springfield, Mass. In 2006, Dr. Levin, who joined the American Medical Association in her first year of medical school, was honored with the American Medical Association Foundation Leadership Award.

As a National Health Service Corps scholar, Dr. Levin began her career working in correctional medicine for the nonprofit Unity Health Care in Washington, D.C. Her work centered on patient care at the District of Columbia Jail and the Reentry Clinic, treating patients in half-way houses and residential drug treatment facilities. She now works as a hospital-based physician for the Mid-Atlantic Permanente Medical Group in the District of Columbia – Southern Maryland region.

Dr. Levin resides in Maryland with her husband, Seth Flagg, MD, and their two children.