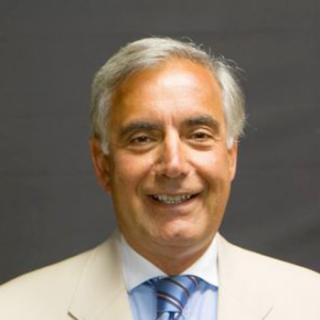 Harris Pastides, PhD, MPH, is president emeritus of the University of South Carolina, having previously served as its 28th president (2008–2019) and interim president (2021–2022). Since first arriving at the university in 1998, he has also held the positions of vice president for research and health sciences and dean of the Arnold School of Public Health. He was elected to the American Medical Association Board of Trustees as its public member in November 2019 and began officially serving his four-year term in June 2020.

As the University of South Carolina’s 28th president, Dr. Pastides led the university’s system of eight
institutions in 20 geographic locations to higher achievements and unprecedented growth. The list of successes during his tenure include seeing the South Carolina Honors College rise to the No. 1 public honors college in the nation, procuring record-levels of research funding, surpassing a $1 billion capital campaign goal, and establishing record-setting enrollment with more than 117,000 degrees awarded system-wide during his presidency.

In 2016 Dr. Pastides became one of seven Fulbright alumni to receive the inaugural Global Changemaker Award—given in recognition of his ongoing commitment to transform society and humanity through his work. In 2017, as the son of Greek immigrants, he received the prestigious Ellis Island Medal of Honor, which pays tribute to the contributions made to our nation by immigrants and their children. That same year he also received the 2017 South Carolina Urban League Whitney M. Young Award for his trailblazing work to promote civil rights and equal opportunity.

Dr. Pastides currently serves on several local, state, national and international boards, including the U.S. Council on Competitiveness and the Fulbright Program’s Council for the International Exchange of Scholars (chair, 2002–2022). He is also on the executive committees of both the Institute for International Education and the Universities Research Association, the national Uber Safety Board, and is a founding member of the Joint Pandemic Task Force for North and South Carolina. In addition, he has also held positions on the boards of the Association of Public and Land Grant Universities, the Southeastern Athletics Conference, and the National Collegiate Athletics Association Division I (chair, 2014–2016).