Equity is about opportunity, and that involves recognition. Emiliano Lemus Hufstedler came to that realization upon being awarded the David Jones Peck, MD, Health Equity Scholarship.

“As a trans person of color, medicine wasn’t made for people like me,” said Lemus Hufstedler, a fourth-year medical student in the joint degree program offered by University of California (UC), Berkeley School of Public Health and UC San Francisco School of Medicine. “But more and more, we are being welcomed in and celebrated for the skills and knowledge we bring. The AMA Foundation giving an award like this to a person like me really shows that support.” 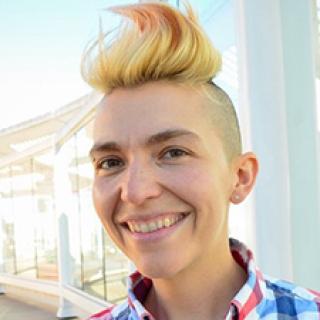 As a recipient of the Dr. Peck scholarship, Lemus Hufstedler is among six recipients of medical student scholarships funded by the Vandenberg Health Equity Fund.

Established by AMA General Counsel Brian Vandenberg, the fund has committed more than $700,000 to award scholarships through the AMA Foundation Physicians of Tomorrow Scholarship Program to outstanding medical students who share the goal of advancing health equity in historically marginalized and minoritized communities and patient populations. The scholarship program, open to all regardless of AMA membership status, distributes $10,000 tuition assistance scholarships to medical students approaching their final year of school.

Next generation of equity leaders

An emphasis on equity is taking hold in medicine and the next generation of physicians is positioned to lead the charge. In many instances, a physician’s desire to strengthen equity is rooted in their experiences.

For Lemus Hufstedler, that was them establishing a sexual health resource center in Mexico and working to create safe spaces for trans youth.

Why physician diversity matters, and how GME programs can boost it 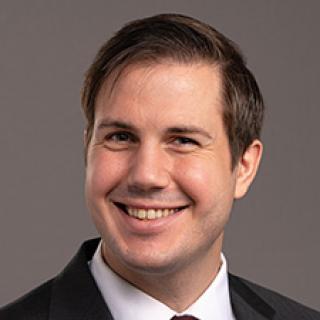 For Joseph Archer, a member of the Meherrin Nation, his efforts to work with native populations in Wisconsin, where he attends medical school, have strengthened his resolve.

Archer was awarded the Native American Center for Health Professions (NACHP) Scholarship for Advancing Health Equity. The NACHP is housed at the University of Wisconsin-Madison School of Medicine and Public Health (UW-Madison). This scholarship is awarded annually, with preference given to medical students at UW-Madison who are members of a federally or state-recognized Native American tribe, or who demonstrate a commitment to address health disparities that affect Native American populations.

Here are the other AMA Foundation scholarship winners.

Why organized medicine must “clean up” to advance health equity

A member of the Cherokee Nation, Divine is a medical student at the University of Wisconsin-Madison and was also awarded the NACHP Scholarship for Advancing Health Equity.

Siddiqui was born in Pakistan and has called Georgia home since she was 4 years old. She is a medical student at Loyola University Chicago Stritch School of Medicine. Siddiqui, who is undocumented, was awarded the DREAM MD Equity Scholarship. That scholarship is given annually to a medical student beneficiary of the Deferred Action for Childhood Arrivals program or a first-generation immigrant to the U.S. who demonstrates a commitment to public advocacy for the equitable treatment of immigrants.

A medical student in the University of California, Los Angeles David Geffen School of Medicine’s Program in Medical Education—Leadership and Advocacy, Franco-Vasquez was also awarded a Dream MD Equity Scholarship.

Gain a deeper understanding of the root causes of health inequity in this web series featuring diverse perspectives from the nation's leading medical experts.