Free med school still rare, but you can lessen your loan burden

Four out of five premeds say that the cost of medical schools “is a major prohibitive factor, which keeps many talented people from pursuing a medical career,” according to the results of a recent survey conducted by Kaplan Test Prep.

Get the latest advice, interviews and discussions on the most important topics affecting the lives and careers of medical students and residents.

What do those aspiring medical students support to remove that barrier? Free tuition.

According to the survey of 350 premeds, 47% of respondents support medical schools offering free tuition for all students, regardless of income, while 19% support free tuition for students who come from a family whose income falls below a certain threshold. One-third of respondents believe medical schools should award financial aid as they see fit.

Free tuition far from a reality

Those survey results came roughly a year and a half after New York University (NYU) School of Medicine—a member school of the AMA Accelerating Change in Medical Education Consortium—announced that it would offer full tuition scholarships to current and future medical students regardless of need or merit. The yearly tuition costs covered by the scholarship are $55,018.

Still, in spite of that development and widespread enthusiasm among potential medical students for the idea, a separate survey conducted by Kaplan indicated that universal free medical school tuition is far from a reality.

In speaking with admissions officers from 70 medical schools, Kaplan found that 4% plan to adopt a plan similar to NYU’s over the next decade. The common refrain from those officers surveyed was that the financial realities made it largely impossible for most schools to do away with tuition.

“While premed students understandably want to see fundamental changes in how medical school financial aid is awarded, medical schools are telling us that the days of taking out loans and accruing debt for their medical education are unfortunately far from over,” said Jeff Koetje, MD, director of pre-health programs at Kaplan Test Prep.

“Most medical schools say they have no plans to implement their own free tuition programs, but the fact that so many support the idea shows a recognition that there’s a problem and they seem willing to do something about it in smaller, but significant ways, like upping financial aid amounts,” Dr. Koetje said.

So if you’re a premed looking at medical schools, one of the biggest questions you are going to have is probably: How do I pay for this?

Student loans are likely to be the answer for most. That having been said, you can secure some funding on the front end via medical school scholarships, a viable option for those who qualify and are willing to do the legwork.

“There are more opportunities out there to get scholarships than people realize,” said Mark Henderson, MD, associate dean for admissions and outreach at the University of California, Davis, School of Medicine. “Of course, like many things in life, it takes sort of a rattling of cages and being scrappy about it.”

Dr. Henderson offered examples of three types of funding to which students can turn.

Institutional scholarships may be provided by the medical school. The availability of such financial aid will vary significantly. It can be based on merit, need or other mission-driven attributes an applicant possesses.

Service-based scholarships funded by the federal government offer students a chance to pay for virtually their entire education in exchange for a commitment to serve a certain population. Among the more popular options is the National Health Service Corps Program. That program requires a year of work as a primary care doctor in an underserved region for every year of scholarship funding, with a minimum of two years of service.

Outside funding from community organizations can help pay a student’s medical school tuition. Dr. Henderson recommends checking with organizations such as county medical societies and Rotary, Lions or Soroptimist clubs to see what type of scholarship opportunities are available.

How does the choice to subspecialize differ by gender?

Even if you have to take out significant loans—and with four in five medical residents carrying more than $100,000 in debt, you may have to—you still have ample opportunity to make that investment in your future pay off.

“It's definitely a scary thought and it's not a small number, which obviously adds to the anxiety,” Chirag Shah, MD, an anesthesiologist, said on a recent episode of the "AMA Making the Rounds" podcast. “But as working professionals, we [physicians] should be able to pay that off” within the typical life of the loan.

For medical students preparing for their board exams, the AMA selected Kaplan Medical as a preferred provider to support you in reaching your goal of passing the USMLE® or COMLEX-USA®. AMA members can save 30% on access to additional study resources, such as Kaplan’s Qbank and High-yield courses. 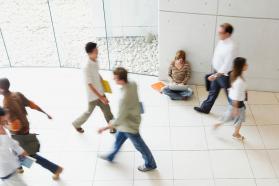 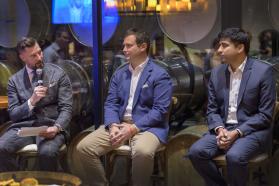 3 items for your loan-repayment checklist during residency