What are the unique challenges you might encounter as an international applicant and how can you succeed in spite of them?

In short, if you are not a U.S. citizen or permanent resident who holds a green card, you’ll need to clearly state your visa status on your application.

Most schools require international students to have one of the types of visas that allows them to reside and study in the United States. Some schools may work with certain students to sponsor them for a student Visa.

Very few other countries have a grading system similar to that of U.S. undergraduate institutions. This likely means that if you are an international applicant, you will not have an undergraduate grade point average (GPA). It is possible to have a third-party turn your international marks into a GPA equivalent—some medical schools will require it.

In addition, you are likely to have to do additional coursework in the U.S. to get your prerequisites out of the way.

Luke Burns, now a second-year ob-gyn resident at Michigan Health, attended university in the U.K., but hoped to attend medical school in the U.S. and had to go this route.

“I had to get the pre-requisites out of the way, so I went to a premedical post-baccalaureate program at Mills College in Oakland to do two years of premed sciences.” he said. “That gave me some knowledge of how American education works in the first place and it started me off with a GPA.”

Beyond the MCAT: Here's what else med schools are looking for

If you’re an international student who doesn’t have many connections in the U.S., it can be challenging to find the types of volunteer and shadowing opportunities medical schools value among applicants.

Dr. Burns noted that he didn’t have any relatives “who were doctors or physicians who had cared for me. ... Coming to a brand-new place, I had to find ways to get medical experience on my own.

The post-baccalaureate program Dr. Burns attended “provided a few opportunities,” such as “a bulletin board where you could sign up for things,” he said. “Most of it was cold calling. I ended up doing research with a local pediatrician who was in private practice by finding him on my own.”

Why are you pursuing a career in medicine? Interviewers will ask.

Your background can stand out

Dr. Burns did spend some time in the U.S. growing up—he holds a green card—but he was born abroad and spent much of his life away from the country. That, he believes, may have separated him from other applicants.

“Many of my classmates spent their whole lives within the same 100 square miles,” said Dr. Burns, who ended up earning his medical degree from the University of California, San Diego. “I come from somewhere else. And it’s not just me. Many of my [international] classmates had really interesting things happen in their lives that informed why they wanted to become doctors.”

Get the latest headlines from the AMA on any Amazon Echo device or on your Amazon app. 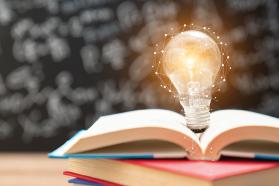 Thrive on the MCAT by following this advice 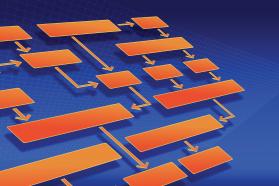 College freshman to M1: A timeline to medical school admission 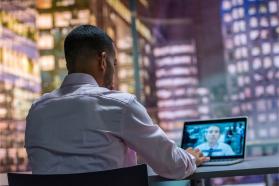