As medical students consider their options ahead of the Feb. 26 deadline for certifying their rank-order lists, one former resident shares his insights into the ranking thought process. The point on which he is most adamant: The choice is yours.

“The biggest thing with the Match is, at the end of the day, you’re in control,” said Chirag Shah, MD, who matched as an anesthesiology and critical care resident at University of Chicago Medicine. “If you don’t like a program, you don’t have to rank it. And you’d probably be better off not ranking a program you don’t like instead of doing your residency there and being unhappy for three, four, five, six years.”

Cultivating work-life balance was one of Dr. Shah’s top priorities when scouting and ranking programs. He even treated the interview process as a “fourth-year farewell,” taking more than 30 interviews in cities across the country and using the trips to catch up with friends and consider his social prospects in each location.

The 5 skills residency program directors expect on day one

Dr. Shah—who has worked extensively on the AMA on the topic of medical student and physician finance—initially spoke with the AMA for this article during his third year in residency. He has since completed his University of Chicago residency and is now a regional anesthesia fellow at University of Illinois at Chicago.

“Work-life balance should be very important to you as an applicant,” said Dr. Shah. “You want to have a life where you can focus on activities outside of the hospital. Clinical experience is important, but your personal life is also important. I focused on big cities because I wanted to meet people, go out, socialize. I had learned from my time in the workforce before medical school how important those things were to me.”

Dr. Shah also has offered advice on how to consider geography in your match rank-order listings and how to put together your loan-repayment checklist during residency.

By the time he was submitting his Match ranking list, he had been away from his family in Chicago for more than 10 years. After college, he went to work in New York and then attended medical school at Case Western Reserve University School of Medicine, in Cleveland.

His parents were nearing retirement age and experiencing medical issues, and Dr. Shah felt it was “an important time to catch up with them.”

He also considered how his social life could buttress his learning experience.

“You need a good support structure, whether it’s friends, your family or even your fellow residents,” he explained. “You’re going to have some sort of a setback—everyone does. If you don’t have that support structure, you might struggle more than you need to.”

So when it came time to finalize his Match-ranking list, he ordered programs geographically, beginning with those in Chicago.

“I only ranked programs in major cities, but I included each program in each of those cities,” he said. “I ranked Chicago programs first, then all the programs in Boston, then San Francisco. I thought, ‘Chicago is where I’m going to be happiest for the next four, five, six years. This is where I want to be.’”

He acknowledged his approach to ranking was a bit unconventional, especially given the pressure to reach for the most prestigious programs.

How a combined residency program can shape your career

Still, he said, medical students are assured of getting sufficient training no matter the program with which they are matched.

“At the end of the day, 99 percent of the programs are the same” because of Accreditation Council for Graduate Medical Education accreditation, he noted. “You’re going to get pretty much the same range of experience—there will be some differences on the periphery—but the thing to look at is whether you’re going to be happy with your colleagues.”

Three years after matching, he stands by his ranking decisions. He recently got engaged, and he credits his residency program with giving him the chance to meet his future spouse.

“Remember, you have a say. You’re no longer under your school’s command,” he said. “You get to say where you would be happiest. You have a lot of power as a fourth-year medical student.”

Learn how to take control of your program research, interviews and more on the road to residency. 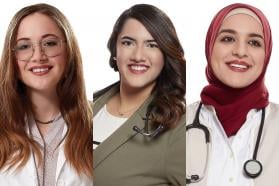 These 3 AMA medical student members have met their Match 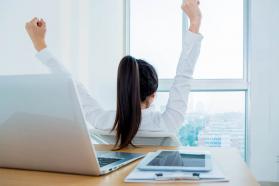 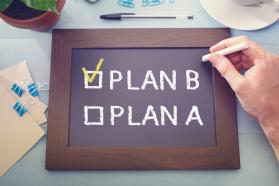 If you’re feeling disappointed on Match Day, you are not alone