Nearly 14% of internal medicine residents in a recent, large-scale study said they had been bullied at some time during training.

Get the latest advice, interviews and discussions on the most important topics affecting the lives and careers of medical students and residents.

A research letter published in JAMA reports on the experiences of 21,212 internal medicine residents in the United States and other countries. All told, 2,876 (13.6%) said that they had experienced bullying—defined by the research as more than one instance of harassment “by an individual in a position of greater power.”

Eighty percent of the harassment was verbal, with a very steep drop in occurrence to the two other specific categories named, physical harassment (5.3%) and sexual harassment (3.6%). Among those who said they were bullied, less than one-third (31%) sought help in dealing with it.

Among the characteristics that were significantly associated with a perception of having been bullied were a native speaking language that was not English, a higher postgraduate-level year, or when the resident was an international medical graduate.

The proportions of male and female residents reporting having been bullied were roughly equal—both less than 15%.

The toll of being bullied

For the one in seven internal medicine residents who reported being bullied, the consequences were frequently negative.

These percentages of bullied residents reported:

About one-quarter of residents reported not experiencing any of the consequences listed above.

The data was collected in a voluntary supplement to the 2016 American College of Physicians’ Internal Medicine In-Training Examination. The self-assessment examination is taken every year by internal medicine residents. The published data does not include the responses of nearly 3,000 (2,876) residents who provided answers, but opted not to let their responses be reported.

The researchers noted that “the rates at which medical trainees report bullying has fluctuated widely (10%–48%) in prior studies, and differs by level of training and country.”

Bullying also may not be apparent to many of the individuals running programs. The study cites other research in internal medicine programs, reporting that 31% said that they were aware of any resident bullying in the previous year.

The researchers also acknowledged that the responses they gathered could be understating the problem.

“The bullying estimates in this study most likely represent an underestimate of mistreatment because less consequential hassling or microaggressions by superiors and harassment by those of equal or less power would not have been counted,” the authors wrote. They also noted that “the definition of bullying may have been interpreted differently by distinct individuals.” 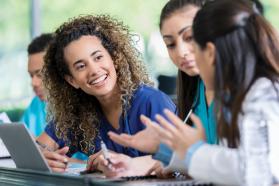 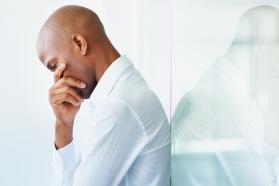 Bullied in medical residency? Learn how you can respond