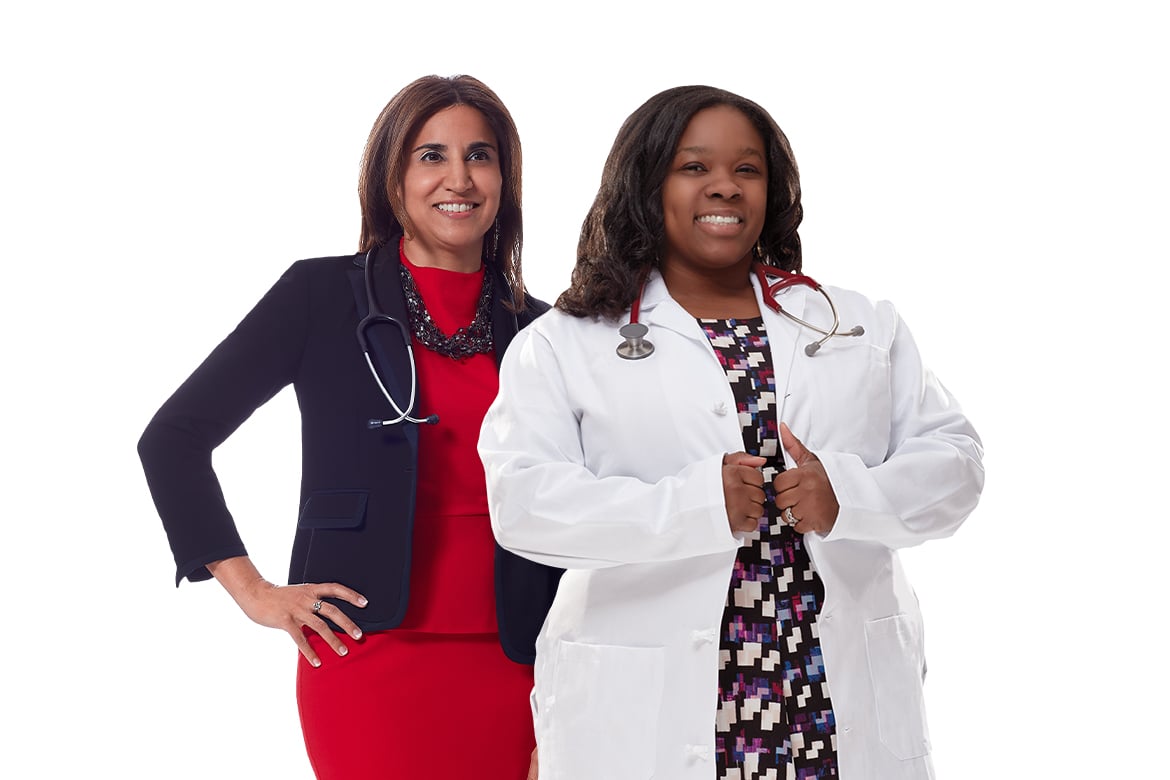 Being a mother and a physician is hardly a walk in the park for Tiffani Bell, MD, who has her hands full with a two-year-old and newborn twins.

With what seems like two full time jobs—three young children and a budding career as an assistant professor in child and adolescent psychiatry at Wake Forest University in Winston-Salem—Dr. Bell has worked hard to balance motherhood and her medical career. But it was not without a few obstacles to overcome along the way.

“While motherhood is something that is generally celebrated, it can sometimes feel like a hurdle to be overcome professionally, especially when one has to take time off work, has a difficult pregnancy or unexpected health issues,” says Dr. Bell. “Yet, even though being a mother and physician does require hard work, both roles still bring me great joy.”

“Physician mothers add diversity and a different perspective to the field of medicine which may help some patients feel better understood when encountering struggles,” she adds.

I am a woman and a physician

I am a woman and a physician

Completing medical school and residency is a battle of its own and can be even more of a struggle if you don’t have someone to look up to.

A beacon of light for her was the Black Psychiatrists of America (BPA). Through the BPA, Dr. Bell had an outlet to process the microaggressions that women and minority physicians may experience during training and in practice.

Early in her career, Dr. Bell experienced challenges that stemmed from patients who refused to be treated by an African American physician. “Taken aback and unsure how to handle the situation,” she reached out to her mentors at the BPA who helped her find the best way to move forward while also protecting her own well-being.

Unfortunately, the struggle for patient acceptance did not end in residency. When introducing herself as the physician, Dr. Bell found she was often called by her first name or simply, “sweetie.”

Imagine a patient asking, “Do you have the same certifications as everyone else?” The dismissal of her medical degrees and credentials repeatedly struck a chord.

“I am frequently mistaken for the social worker, nurse, janitor, pretty much anything but the physician,” she said.

This led to self-doubt and wondering why she was not being addressed like her male colleagues.

It was only when she found articles about other female physicians not being called doctor, and the support of a Facebook group, that she knew she was not alone.

To join the Facebook group, you had to be a mom and a physician—two titles Dr. Bell finds great joy from. As a member of this closed group, she has reached out to other moms because “it is a good place for support and camaraderie.”

Making house calls to those without homes

“There is power in sharing stories and lessons with those who truly understand your struggle,” says Dr. Bell. “Hearing the stories of other female physicians teaches me that it is possible to achieve a healthy balance between my personal life and work.”

“Knowing that we all have similar struggles helps normalize our experience and makes it more bearable when times get hard,” she adds. “It is important to have a safe space to express frustrations, joys and strategize for the future.”

Every mother has her own journey

Every mother has her own journey

Unfortunately, there is a constant battle between doing the right thing for your child or your health without being perceived as a “slacker” or less dedicated to the field of medicine, says Dr. Bell. However, finding balance is key.

Being a mother doesn’t count you out in terms of being able to work in organized medicine or leadership, she adds. But it may require more flexibility, less sleep and a family that is supportive.

“There will always be someone who wants you to live your life differently, but at the end of the day we only get one life and should live authentically,” she says.

Every mother has a unique journey or path to follow because young children have different needs than older kids. For Dr. Bell, if her son goes to bed at 6:30 p.m., she may need to go home immediately after her shift ends, which might mean completing notes late at night or on the weekends.

Unfortunately, when this comes up, she sometimes worries that she might look less committed to her colleagues. “You hope that they understand that when you’re at work, you’re at work and you will give it your all, but when it’s time to go home I have another job there,” she says. “It’s just important that you keep that in your mind as well.”

With parents who are both doctors, Sumi Makkar Sexton, MD, a family physician and president of Premier Primary Care Physicians, had support from day one.

Most importantly, though, she had a female physician to look up to—her mother, a pathologist.

“My mom is such a role model to me,” says Dr. Sexton, who is also editor in chief of American Family Physician. “She is a go-getter and everybody would describe her that way. She just wanted to do well at work.”

Her mom paved the way for her to know there is a place for women in medicine. Unfortunately, not all women doctors have the same experience.

Dr. Sexton didn’t think much about being a woman in medicine, a mother or having to work harder. With her mom showing her the success of being a female physician, it never phased her until she reached her surgical rotations.

At that time, she felt she needed to stand up for herself in a male-dominated specialty.

“I wasn’t necessarily interested in surgery per se, but I was still going to be able to do well on the rotation and speak my mind when needed,” she said. “Times have changed quite a bit since then, but it was more that I didn’t want to be overlooked just because I was a woman and left out of any camaraderie if there was this male bonding thing.”

“I was just as capable of being part of that,” added Dr. Sexton. “To me camaraderie is not about being a man or woman.”

Dr. Sexton, a mother of 13-year-old and 15-year-old daughters, has found great pride in working in an all-female practice that continually supports motherhood. At her practice, full time is considered four days a week. This allows mothers to have the flexibility to care for their family too.

“Being a physician doesn’t make you a good parent, but becoming a parent makes you a better physician,” she said.

Surrounded by such strong female leadership, her career path has shown just how powerful women supporting women can be.

“Camaraderie has been the backbone of our practice,” says Dr. Sexton. “All of us knew going into this as working moms—and moms-to-be at the time—that we weren't in this alone, and our intent was to have a system where we tried to balance our workload fairly.”

Dr. Sexton has always been impressed with the women she directly works with. However, joining Privia Medical Group has allowed her to interact with even more “amazing women from other practices.”

“I appreciate working with all the women that I do and that is because we just get it,” she says. “We understand that work and motherhood is a balancing act. We have each other’s backs.”

When opening Premier Primary Care Physicians in 2003, Dr. Sexton and her partners “thought very carefully” about the maternity leave policy.

“For a while we had a running joke in our office that you shouldn't come work for us unless you were planning on getting pregnant,” she adds. “Given the number of maternity leaves between docs and staff, we were convinced the water in our office had some secret fertility ingredients.”

When Dr. Sexton reduced her clinical time to work on her editing responsibilities, her partners “were extremely supportive.”

This flexibility sends a message that women have the power to be extremely successful in their careers while being moms.

“I have endless stories of ups and downs over the years,” says Dr. Sexton, adding that it is sometimes a bumpy road, but it is still very gratifying.

“We encourage each other to share opinions at our various medical meetings and take on leadership roles when possible,” she says. “When any of the women I work with voices her thoughts at these meetings, I feel proud and encouraged to share my thoughts as well.”

“I admire those women who have sacrificed their careers to take care of their families because there are only 24 hours in a day and they have dedicated that to their family,” says Dr. Sexton. “But for those people, like myself, who may not be the best fit for a stay-at-home-mom, I have found a good way to juggle things and just accept that things aren’t always perfect. We just work hard and do the best we can.”

Q&A: Pandemic’s lasting impact on the future of residency selection