When retired surgeon Brad Barrett, MD, started his second career—as an Indiana state representative—his initial plan was to quietly observe and learn the legislative process. That plan lasted less than a week.

A bill to grant nurse practitioners authority to practice independently was the first item on the agenda for his first public health committee meeting, and he felt compelled to speak up and forcefully oppose the bill.

“My goal for the year was to sit there, keep my mouth shut and listen and learn—learn the system, learn to network, and build credibility—but I was absolutely thrown into the fire because I felt passionate about it,” Dr. Barrett told the hundreds of physicians and state medical society executives and staffers who gathered for the AMA State Advocacy Summit in Bonita Springs, Florida.

Dr. Barrett participated in a session entitled “Scope of Practice: Protecting Patients and the Practice of Medicine.” It was moderated by Claude Brunson, MD, executive director for the Mississippi State Medical Association, and featured as panelists Arkansas state Rep. Stephen Magie, MD, and Florida state Sen. Gayle Harrell. They all spoke about the scope of practice challenges in their states and strategies for success.

Each year, in nearly every state, nonphysician health professionals lobby state legislatures and regulatory boards to expand their scope of practice. While some scope expansions may be appropriate, others definitely are not. Through resources, research and the Scope of Practice Partnership, the AMA has what you need to advance your scope of practice advocacy agenda.

Panelists at the State Advocacy Summit offered the following tips for successful physician advocacy on scope of practice.

Be brief when giving testimony. “The less you talk, the better,” Dr. Barrett said.

Be persistent and think in the long term because that is what nonphysicians are doing in their efforts to expand their scope of practice.

Build relationships with legislators. Contact them during the “offseason,” have them speak at your events, volunteer for their campaigns and offer to serve as a resource on health-related matters. The first time you meet them should not be when you’re at their office asking them to vote a certain way.

The husband of a nurse practitioner, Dr. Barrett said the strategy in Indiana included highlighting the difference in education and training between physicians and nurse practitioners while expressing appreciation for the important role NPs play in a physician-led care team.

The pathway to independent practice is medical school, Dr. Barrett said, noting that a colleague in the Indiana legislature, Rep. Rita Fleming, MD—an AMA member—started her medical career as a registered nurse, continued her education to become an NP and then went to medical school and practiced as a ob-gyn. She delivered more than 7,000 babies at Louisville, Kentucky, hospitals and Clark Memorial Hospital, continues to work part-time as an obstetric hospitalist.

Dr. Fleming “is kind of our perfect example of the pathway to independent practice,” Dr. Barrett said.

Arkansas optometrists were able to get a bill passed allowing them to perform surgical procedures. Dr. Magie said it happened because they had larger numbers and had worked longer on building personal relationships with their state reps and senators.

This fight is not done, however, and he said Arkansas ophthalmologists and the Arkansas Medical Society hired a canvassing firm and collected enough signatures to put a referendum on the November ballot to repeal optometrists’ expanded scope of practice. Dr. Magie appealed to attendees to contribute to SafeSurgeryArkansas.com.

“This is a unique opportunity and it’s going to take the entire House of Medicine to win this battle—and it’s not going to be cheap,” Dr. Magie said. “We will change the scope of practice battles in Arkansas and across the country.”

“I think there is definitely a slippery slope,” she said, citing a recent law giving NPs and physician assistants the right to prescribe controlled substances.

“They said ‘this will end the scope wars,’” Harrell recalled. “You know how long that lasted? One session.”

She described a similar bill proposing to give pharmacists the authority to administer point-of-care testing and treatment for the flu and strep throat. Harrell noted that patients could also have chronic obstructive pulmonary disease or other conditions that pharmacists are not trained to detect. No action was taken on this “test and treat” bill in 2019, she said, but it has since been reintroduced this year.

Physicians in New Jersey recently persuaded legislators against adopting a bill that would have allowed advanced practice registered nurses to prescribe without physician oversight. The AMA Scope of Practice Partnership gave the Medical Society of New Jersey a grant supporting its efforts to defeat the legislation.

The center provides state, local and national specialty societies with issue briefs, model legislation and updates on the status of scope of practice legislative and regulatory issues in each state. 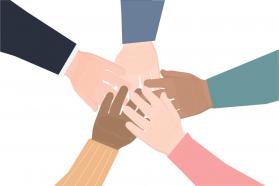 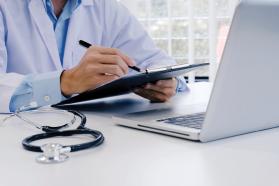 COVID-19 communication: Refining team-based care in a time of crisis 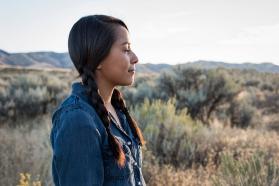