Missing from MACRA: 2 Meaningful Use milestones

Physicians are now free from reporting on two major Meaningful Use requirements, but some doctors may not be aware of this long-sought change that became effective Jan 1.

While it is hard to say how many physicians are in the dark about the change, there are anecdotal reports that some doctors don’t know that the Medicare Access and CHIP Reauthorization Act (MACRA) final rule agreed with AMA’s call to drop computerized physician order entry (CPOE) and clinical decision support (CDS) from Medicare’s payment program. What’s safe to say for certain is that the move comes as relief to physicians, based on surveys measuring their attitudes on electronic health records (EHR) usability in patient care.

If physicians are unaware or uncertain about the change, it’s understandable. It was embedded in the huge—824 pages in the Federal Register—MACRA final rule, which marked the transition to the sweeping Quality Payment Program (QPP). Surveys conducted during the 2016 run-up year to the MACRA final rule reported that many physicians were unaware or unprepared for the new regulations it contained. The new EHR-reporting standards for doctors are in the QPP’s Merit-based Incentive Payment System (MIPS) and, in particular, the Advancing Care Information performance category, which replaced Meaningful Use.

A June 27, 2016, AMA letter advocating removal of CPOE and CDS reporting provided a thumbnail view of physician objections. Eliminating the reporting requirement “will improve the usability of EHRs as these measures have resulted in additional data-entry and pop-up alerts that interfere with clinical workflow,” wrote AMA CEO and Executive Vice President James L. Madara, MD.

Making sense of MACRA: A glossary of new Medicare terms

Long-standing physician complaints, especially about CPOE, don’t stop there. They often match summary items from the 2013 benchmark AMA-Rand Corp. study that reported why EHRs are a prime cause of physician professional dissatisfaction—poor usability, time-consuming data entry, inefficiency and interference with face-to-face patient care. Such hassles were hard to avoid under Meaningful Use CPOE performance quotas and the requirement that entry be done by the physician or another licensed or credentialed individual. CDS may be viewed as more of a work in progress.

In 2016, the AMA surveyed 1,300 physicians on their attitudes toward digital clinical tools. The majority of the physicians were positive about the potential of the technology. They also said they know what they want. The top three factors in the appeal of digital tools are to improve practice efficiency, patient safety and diagnostic ability. When asked about CDS, 28 percent of respondents already used it and 45 percent were enthusiastic about it. CPOE was not listed among seven tools covered in the survey.

Physicians in private practice have more latitude on how they act on EHR adoption than their hospital-based colleagues. The Meaningful Use requirement for CPOE and CDS went out for hospitals in with the Outpatient Prospective Payment System (OPPS) final rule. Hospital compliance departments may not know that and so continue to require CPOE and CDS measurement, or require the use as part of the a state Medicaid EHR incentive program.

The change opens up a new area of advocacy for physicians within the institutions where they work. Physicians can point to the OPPS, making administrators aware that the reporting burden is no longer required. The conversation now can and should turn to what EHR use is most appropriate in patient care. Both at the institutional and physician practice settings, the change is a signal for EHR vendors to take a fresh look at user experience, as physicians are no longer captive to Meaningful Use reporting standards for CPOE and CDS. 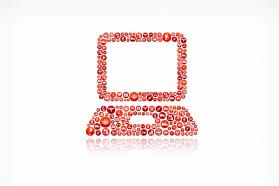