How physicians are making EHRs interoperable

Electronic health records (EHR) have consistently caused problems for physicians due to a lack of interoperability. At the 2016 AMA Annual Meeting, physicians and health IT developers explained how physicians must lead—and are leading—the way forward.

As the transformation of the health care system under the Medicare Access and CHIP Reauthorization Act (MACRA) moves closer to implementation, physicians are taking initiative in making sure that EHRs work in a way that allows them to improve patient care.

The vision that was established years ago for health care was a paperless, interoperable system in which physicians could share information to improve patient care. But, in Kansas, the state medical society and KaMMCO Health Solutions realized that physicians were not involved in the development of the solutions being offered to reach that vision. 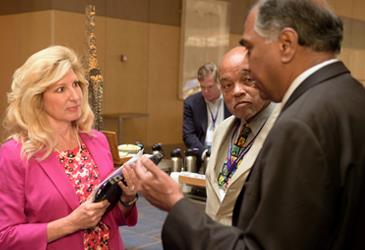 And it is working.

“This is an exchange that is owned by the doctors and the hospitals,” McCrary said. “It is governed and run by the people who contribute the data into the exchange, and that’s a very important concept—doctors create this data, and doctors have the responsibility to govern what happens with the data.”

“Interoperability is something that you’ve all heard about for a long time,” she said. Similar to how cellphones operate and communicate on a network, you have to have a network that “allows the data to flow between those [EHR] systems.”

Through their partnership with the Kansas Medical Society, KaMMCO has built this network and is very close to having all hospitals and practices in the state connected through their EHRs. 94 hospitals in Kansas today are live and sharing data.

“The vision of health information exchange and an interoperable network that is secure, that clinicians can use to drive improvements in patient care, is beginning to take shape in our state,” said Jerry Slaughter, executive director of the Kansas Medical Society.

“If we have a secret sauce,” Slaughter said, “it is that we insisted from the beginning that the efforts be truly physician led.”

Improving EHRs is a long-term process, but there are actions we can take today, both systemically and in our own practices and hospitals to drive change, said Jesse Ehrenfeld, MD, AMA board member and anesthesiologist at Vanderbilt University.

“At a systemic level, we’ve been deeply involved in many projects,” Dr. Ehrenfeld said. “One that I think has a lot of promise is the SMART [Health IT] platform.”

SMART Health IT is an open, standards-based technology platform that enables innovators to create apps that seamlessly and securely run across the health care system.

“The idea is to have an app platform for your EHR and that there is functionality that might be specialty specific [or] specific to a population of patients that could allow us through the use of an app that sits on top of your EHR to have … better visualization tools that could be substituted by end users or hospital systems to make things better, faster and to allow innovation,” Dr. Ehrenfeld said.

Moving toward this app structure creates a low barrier of entry for developers to enter the space and create apps that work for physicians and patients.

At Vanderbilt, Dr. Ehrenfeld and his colleagues came up with a technological solution to ensure that wrong-sided surgeries would no longer occur as a result of an inefficient surgical timeout.

“We know that not doing the right surgery on the right patient continues to be a problem,” he said. “While checklists are important, helpful and are a requirement … you have to use a checklist reliably if you’re doing a timeout to have optimal performance.”

“We created a technological solution tied to our EHR to try to back step this problem of not doing a timeout appropriately or well,” he said. Vanderbilt went from a paper process of laminated sheets to an electronically mediated timeout.

“The questions are sequentially displayed to the entire care team in the [operating room] on a large screen monitor,” he said. “You only see the question that is required at the moment” for a focused, step-by-step process. When the process is completed, it is flagged as so on the screen for the team.

EHRs that can’t communicate with one another have plagued the medical profession for years, but physicians have taken the lead and in several ways urged the developers and regulators to make this a thing of the past.

Measures that only serve to count each “click” a physician makes detract from patient care. Health IT vendors are closely following federal reporting requirements when designing EHRs—often at the expense of software functionality or meaningful information exchange.

The EHR User-Centered Design Evaluation Framework employs a 15-point scale intended to go beyond the ONC’s criteria and evaluate EHR vendors’ compliance with best practices for a user-centered design process to encourage the ONC to raise the bar on federal usability certification.

It is important that physicians stay in the conversation and take the lead to make sure that patient care is made easier through EHR use and not more difficult.

Also, the AMA’s grassroots campaign BreakTheRedTape.org in January held a town hall, in which physicians came together to offer solutions to what EHRs need and how they could work better for physicians and their patients.

In 2014, a panel of experts led by AMA President Steven J. Stack, MD, developed and published eight top challenges and solutions for improving EHR usability for physicians and their patients. These principles focus on leveraging the potential of EHRs to enhance patient care, improve productivity and reduce administrative costs

More on EHRs and interoperability 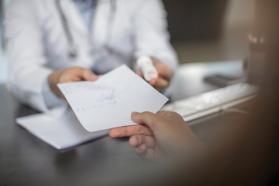 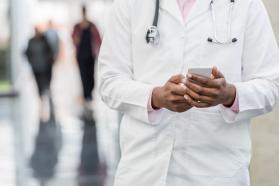