While population health is a hot topic among health professionals, it is still in its infancy in medical education, leaving many graduates feeling ill-prepared to identify and address health disparities. Two recent student-led projects took tomorrow’s doctors out of their own classrooms and into those of the communities they will one day serve to better understand the social determinants of health. The projects also provided insights into health professions for children who might have otherwise assumed they were not cut out to work in medicine.

Nicole Paprocki and Carol Platt, second-year medical students at the Chicago College of Osteopathic Medicine (CCOM) at Midwestern University, were third-place winners of the AMA’s 2016 Medical Education Innovation Challenge. The contest awarded monetary prizes to four student teams for projects that answered the question, “What does the medical school of the future look like to you?”

Informed largely by what Paprocki and Platt learned at the 2016 National Minority Quality Forum Leadership Summit on Health Disparities, in Washington, the projects were intended to give medical students a deeper understanding of the upstream causes of health inequalities, build longitudinal relationships between medical students and underserved communities, and increase interest in and access to health careers among children from groups that historically have been underrepresented in medicine. 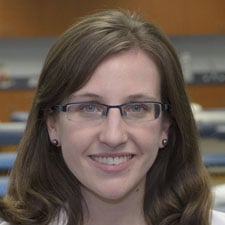 “We both came from teaching backgrounds,” Platt said. “We thought this would be an interesting opportunity to draw on that expertise and bring some of the challenges facing underprivileged students and their families into medical education.”

One of their “mini med school” projects featured an all-day visit to the 21st Century Charter School, in Gary, where Platt and 11 other medical students from CCOM gave hands-on lessons in radiology to 120 seventh- and eighth-graders. The children learned about x-rays, including how they work, why a physician would order them and how the varying densities of tissues show up on them. Some of the middle schoolers then related the lessons to their own experiences, using bones and skeletons the CCOM volunteers brought from their anatomy lab to point out fractures they had experienced.

This was followed by a visit to the same school a couple of months later, when CCOM volunteers taught lessons in emergency medicine, showing how to take vitals, wrap bandages and perform hands-only CPR.

“When I was teaching, there was so much standardized testing and so much in-your-chair, at-your-desk learning,” Platt explained. “We agreed that to really inspire and motivate students, you have to do something a little out of the ordinary, a little more hands-on.”

Then, through twice-monthly Saturday meetings that ran from October to March, 20 high schoolers engaged in activities to build their knowledge of anatomy and physiology, such as performing heart and brain dissections and learning how to take and evaluate their teachers’ blood pressures.

The students also gained insights into careers in medicine from speakers in a variety of medical professions and learned how to develop their own community health projects. One group made an after-school presentation to teachers on stroke because many of the kids had family members who had experienced the brain attack.

“Walking away from these projects, I hope students feel more confident in their ability to pursue careers in health, both because of the experiences they had and because they gained a network of people who they can reach out to and ask questions of,” Paprocki said.

As an example of the latter, she cited a twelfth-grader who accompanied her on a field trip to the Northwestern University Prosthetics-Orthotics Center. The young man had been very shy when Paprocki first met him and had repeatedly apologized to her for not knowing if he was interested in a career in medicine. But he had been very interested in engineering, and following the field trip, he asked Paprocki for contact information for the center’s director. He now thinks he would like to develop prosthetics. 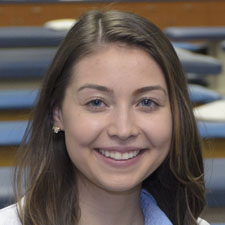 “I’m glad that this project has helped him build the confidence to reach out to health care professionals to get more experience, to do things like shadowing,” Paprocki said. “It’s important that we don’t force students into any particular role but that we make sure they know about every opportunity that’s out there. I’m so happy he persisted until the end of the year and finally got an opportunity to see himself in one of the roles of the health professionals who spoke to us.”

Both Paprocki and Platt hope to expand their projects next year and to get four-year, community-based service learning experiences into the curriculum at CCOM.

“This is about reaching individuals,” said Platt, noting that all the CCOM volunteers were required to undergo professional development that included information on 21st Century and Instituto and their community assets. “We don’t want to turn it into the stereotypical ‘fortunate doctors supporting unfortunate students.’ The interactions need to be so much more nuanced than that to be effective.”

The Medical Education Innovation Challenge is an extension of the AMA’s Accelerating Change in Medical Education initiative, a collaboration with leading medical schools and national organizations to advance the innovative education of future physicians.