If you told vaccine expert and pediatrician Paul A. Offit, MD, in January that he would be sitting down with colleagues on the Food and Drug Administration’s vaccine advisory committee this month to consider two vaccines that could bring an end to the pandemic, he would not have thought it possible.

Track the evolving situation with the AMA's library of the most up-to-date resources from JAMA, CDC and WHO.

It’s been just 11 months since Science published a paper with the SARS-CoV-2 genome. There have now been two clinical trials of a novel vaccine strategy—messenger RNA (mRNA)—that have been studied in 44,000 and 30,000 people, respectively. The vaccines use two different constructs and induce protection of approximately 95% soon after a second dose, including protection against severe disease and protection for people who are 65 or older. 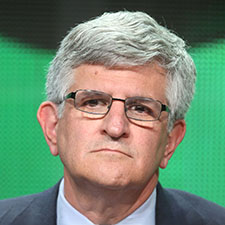 “We have to be open to the fact that we don’t know everything—to keep our eyes open. But on the face, we are dealing with a pandemic that has brought us to our knees. We have massive joblessness and homelessness and food insecurities. If this vaccine in anyway looks like the way the top-line data looks, it’s a lifesaver,” said Dr. Offit, director of the Vaccine Education Center and an attending physician in the Division of Infectious Diseases at Children’s Hospital of Philadelphia, during a JAMA Network™ livestreamed video interview.

Dr. Offit also discussed what to expect in the coming weeks and months when it comes to a vaccine rollout, distribution and ongoing safety surveillance. He is the co-inventor of the rotavirus vaccine, RotaTeq.

As the FDA’s vaccine advisory committee meets this month to consider emergency use authorization for the vaccines, committee members aren’t looking at press releases that summarize data from the trials. The experts will dig deeply into the volumes of data that have been compiled during the trials for the Pfizer/BioNTech and Moderna vaccines. Hearings on the vaccines are set for Dec. 10 and Dec. 17, respectively.

“You’ve seen the tip of the iceberg. We’re going to look at the base of the iceberg and make sure there is nothing at the base that is cracking that makes us wonder about whether the tip is really true,” Dr. Offit said in the interview with Howard Bauchner, MD, editor-in-chief of JAMA and senior vice president of AMA scientific publications and multimedia applications.

Read up on 11 coronavirus research findings you should know about.

Dr. Offit is encouraged that the results were so similar for the two vaccines that have different complex lipid-delivery systems, different doses and different testing groups, among other things.

“It’s exactly what you want to see,” he said.

As these vaccines roll out, physicians can say that among the tens of thousands of people who were vaccinated, there was no uncommon, serious side effect that was seen within two months of getting a dose, he said. Typically, if someone is going to have a serious side effect from the vaccine, it’s within the first six weeks after receiving a dose, Dr. Offit said.

That’s not to say that a serious, rare side effect won’t be seen after a vaccine is more widely distributed. For example, the flu shot causes Guillain-Barre syndrome in about one in 1 million people. And Dr. Offit noted that there are systems in place to pick up rare side effects, including the Vaccine Safety Datalink, as a vaccine is more widely distributed.

Dr. Offit cautioned that everyone should be prepared for natural immune response the vaccines will induce, which potentially means a low-grade fever, headache, muscle aches and fatigue.

“You’re not going to vaccinate your whole emergency staff at the same time and have them all out the next day,” he said.

Subscribe to the “Conversations with Dr. Bauchner” podcast. Each week, he interviews leading researchers and thinkers in health care about their recent JAMA articles.

There’s a lot of talk about how long the vaccine will be effective. Dr. Offit said that SARS-CoV-2 is not like the flu that mutates from minute to minute. Instead, it’s a single-strand RNA similar to measles and he is hopeful that these vaccines will continue to protect people from severe illness.

Effort to restore trust in science must begin now

“All you want to do is keep people out of the hospital and keep them out of the morgue and I think this vaccine can certainly do that,” he said. “Even if there is some fading of immunity over that six-month or one-year period after people get the vaccine, I still think it will accomplish that.”

Discover how the AMA helps answer your questions about COVID-19 vaccine approvals. 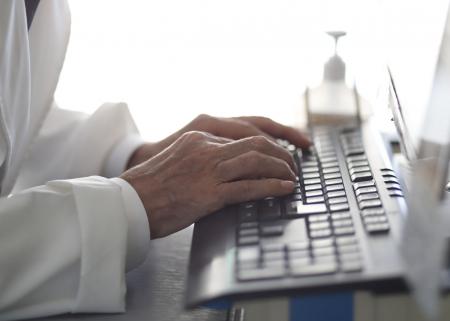 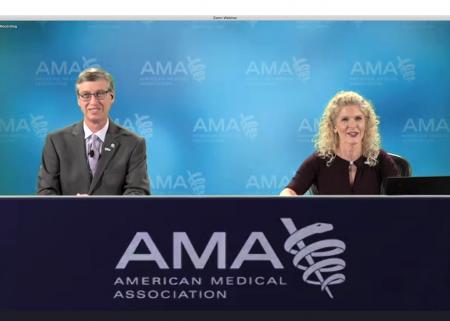 Special Meeting of the HOD 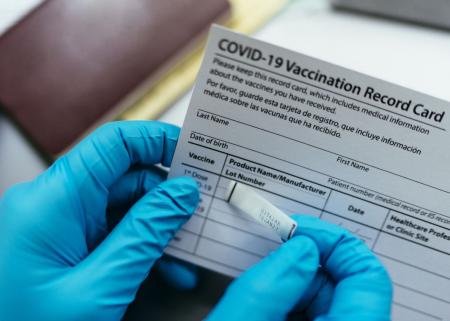 6 things to tell patients about their COVID-19 vaccine card

Learn smarter from sources you trust, JAMA and the JAMA Network™ specialty journals. Find relevant CME articles, audio podcasts and video—while deepening your knowledge of the clinical topic at hand.