What’s the news: The AMA supports bipartisan legislation that would expand the existing background check system to cover all firearms sales, including those at gun shows, over the internet and through classified ads while providing reasonable exceptions for transfers between law enforcement, family and friends.

“The federal background check system is effective at preventing certain prohibited purchasers, such as convicted felons and domestic abusers, from accessing guns,” AMA Executive Vice President and CEO James L. Madara, MD, wrote in a letter to Rep. Mike Thompson, D-Calif., and Rep. Fred Upton, R-Mich. They are sponsors of H.R. 8, the “Bipartisan Background Checks Act of 2021,” the bill the AMA supports.

“This system could be more effective if unlicensed dealers or private sellers were required to conduct background checks,” the letter adds. “By closing these loopholes, H.R. 8 can be an important tool in keeping guns out of the hands of those who are prohibited from having them and will help lessen gun violence and save lives.”

Why it’s important: AMA policy recognizes that firearm violence is a serious public health crisis that kills nearly 40,000 annually in the U.S. and supports measures for firearm safety and gun-violence prevention. This includes supporting a waiting period and background checks for all firearm purchasers.

The background-check bill, which has 210 cosponsors, was passed by the House of Representatives 227–203 in March and is now in the Senate’s hands. Dr. Madara’s letter applauds Thompson and Upton for their leadership and pledges to work with them for Senate passage of the legislation.

A 2019 iteration of the bill, also sponsored by Thompson, passed the House with a 240–190 bipartisan vote. Thompson spoke at the 2019 AMA National Advocacy Conference and thanked physicians for helping to build a coalition pushing the bill forward.

“I can’t tell you how helpful your support is,” Thompson said. 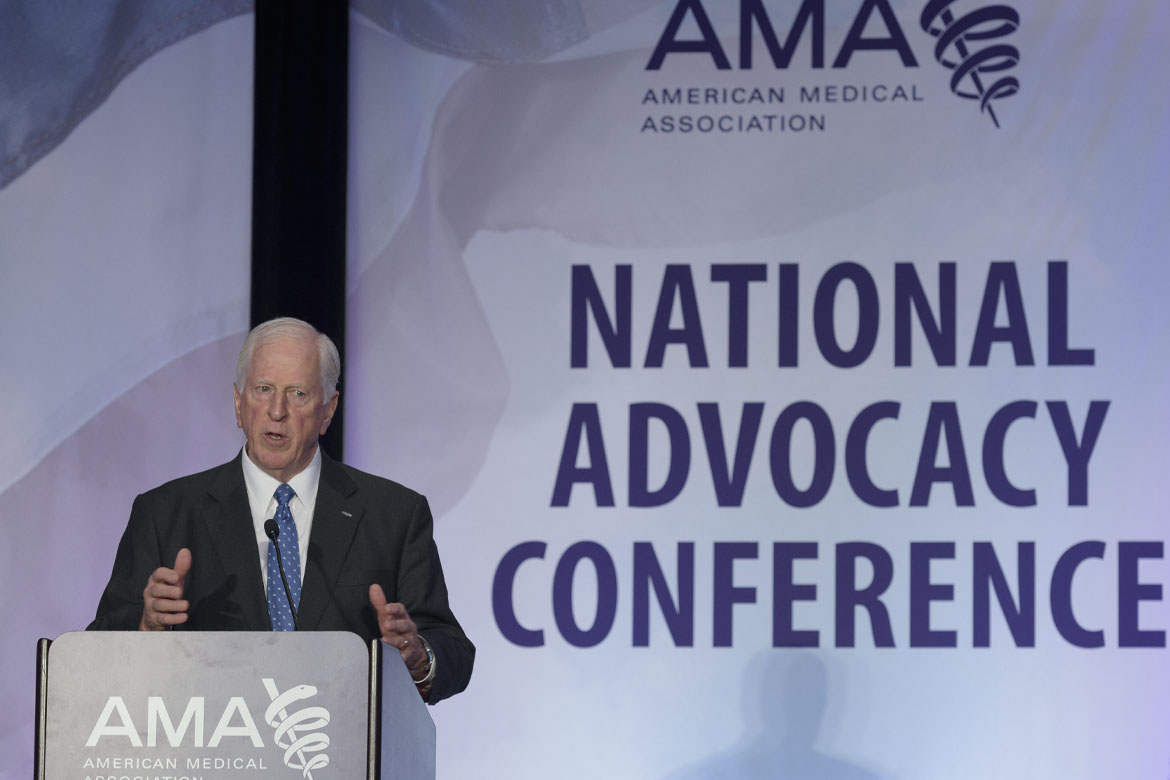 The AMA reiterated its support on the issue and for the bill after last month’s shootings that killed eight people in Georgia and 10 people in Colorado.

“As we saw again in these cases, gun violence is a public health crisis in our country, killing more than 30,000 Americans each year,” said AMA President Susan R. Bailey, MD. “The AMA supports common-sense reforms, broadly supported by the American public—including the Bipartisan Background Checks Act of 2021 that was recently passed by the House—to prevent further injuries and deaths.”

Learn more: Find out how the AMA advocates violence prevention and addressing firearm death and injury as a public health crisis.