Watch the AMA's daily COVID-19 update, with insights from AMA leaders and experts about the pandemic.

Unger: Hello, this is the American Medical Association's COVID-19 Update. Today we have our weekly look at the numbers, trends and latest news about COVID-19 with AMA's chief health and science officer, Dr. Mira Irons, in Chicago. I'm Todd Unger, AMA's chief experience officer also in Chicago. Dr. Irons, let's talk about vaccines. There've been so many questions over the past week. Are there enough vaccines? Are there not enough vaccines? How do we speed up the rollout? What's your perspective?

Dr. Irons: So still unknown, still more questions than answers. But from what we know so far, is that the government says that 31.2 million doses have been delivered to states. But it seems as though only 10.6 million people have received one dose of vaccine, and about 1.6 million people have been fully vaccinated. Now, those two numbers may be underestimates because people have anywhere up to 72 hours I believe to put the information in the data systems. But the reality is, it's far short of the goal that federal officials set to have at least 20 million people get their first shots before the end of 2020.

You know, the other issue that came up last week is this where the second dose is. We spent two weeks having a conversation about whether the government should release the vaccines that were being held to give second doses in order to get more people vaccinated. Last week we found that they had already been released, which actually led to concerns at the states confronting the reality that their allocations will not immediately increase.

Now, Dr. Fauci was on several news networks over the weekend and said there was no cause for concern, that people who already received their vaccine will get their second dose, and that every new allocation will first go to those who are awaiting a second dose, and then whatever's left will serve as first shots for those who are next in line. But the biggest issue is that these questions and concerns keep cropping up.

Unger: I guess one thing is, it does seem to be going slowly, and mistakes like not knowing where that allocation is, it doesn't instill confidence. What do you see as the future of this?

Dr. Irons: Well you know, the hope is the Biden administration has come out with their plan, and their plan is to get shots in arms. The fact that they have a plan is a good first step, but it's a big concern. The only way we're going to get through this pandemic is to use those vaccine doses and vaccinate people, and that should be the priority. Now, just another update. There are other vaccines in the pipeline. Johnson & Johnson has an adenovirus vaccine in Phase 3 trials.

This past week they reported their Phase 1-2a interim data that actually showed that their vaccine did get a good response in terms of neutralizing antibody and T-cell development. So those were promising, and from what we're hearing, it appears that they should be doing an interim analysis of their Phase 3 trial sometime in January and potentially an application to the FDA for authorization in February if all goes well. That could be a one-dose vaccine, and so that's what is being tested in the trial. So some new information to look forward to this month and next.

Unger: That is good news, and as you said before, shots in arms are what we need right now because the numbers are not looking good. I remember talking with you a few months ago about our crossing the 200,000 mark in terms of COVID-19 deaths. Now we're about to hit a new milestone of 400,000, so let's talk about the speed and the change of pace in which we're seeing cases and deaths.

Dr. Irons: Oh, absolutely. You know, we keep hitting these horrific milestones in a shorter and shorter period of time. Today's number is 24,079,207 people have been diagnosed, and the number on the Hopkins' website this morning was 399,003 deaths. But some of the other sites with more recent updates have confirmed that we have likely hit that 400,000 death figure. You know, it took 12 weeks for the death toll to rise from 200,000 to 300,000. But now the death toll has gone from three hundred to almost four hundred thousand in less than five weeks. You know, I worry that we're just getting immune to these figures. It's numbers that we would never have thought we would see. Over the past week there's been an average of just short of 219,000 cases per day, an increase of 3% from the average two weeks earlier.

To put it in perspective, it's now been one year since the first known coronavirus case in the U.S. was announced north of Seattle on January 21st, and we have added more than three million new reported infections since the start of January. More than 38,000 Americans have died of COVID-19 in the first two weeks of the new year, and about 3,300 people are now dying from the coronavirus every day. A recent estimate forecast published by the CDC was that another 92,000 could die from the virus over roughly the next three weeks. You know, the numbers are scary and reflect what public health experts have repeatedly warned, while the end's in sight with the help of ongoing COVID-19 vaccines, the nation still faces challenging times ahead.

Unger: Well, it's hard to believe that, what you brought up in terms of another milestone. It is really the one-year anniversary of our first case here in the U.S. When this was still kind of feeling distant, I remember when the AMA began publishing its first articles on COVID-19 looking at it in terms of prevention and treatment, diagnosis. It's hard to believe a year has sped by with these kind of results. We're now looking at a new response plan with the Biden administration. Can you give us the highlights and your first impression of what's been proposed?

Dr. Irons: Sure. President-elect Joe Biden's American Rescue Plan was announced last week. It's a $1.9 trillion emergency legislative package. That includes allocating more than $400 billion toward addressing the COVID-19 pandemic, including $160 billion to carry out a national vaccination program, expand testing, and mobilize a public health jobs program, amongst other things. More specifically, the breakdown includes investing $20 billion in a national vaccination program, including launching community vaccine centers around the country and mobile units in hard to reach areas.

He'd also increase federal support to vaccinate Medicaid enrollees. But in addition to that, the proposal will also invest $50 billion in testing, providing funds to purchase rapid tests, expand lab capacity and help schools implement regular testing. The other part of that plan is to fund the hiring of 100,000 public health workers, nearly tripling the community health workforce.

Dr. Irons: In terms of first impressions about the plan, my first impression is that there's a plan. Dr. Bailey from the AMA and the AMA have been asking for a coordinated, comprehensive approach to the pandemic, and I think we're seeing one here. There are resources in the plan to provide the states the resources they need in order to do this, and the focus is on the right things. It's getting shots in arms, it's expanding testing and also continuing the public health mitigation measures that we know that we need to continue to do.

Unger: Yes. We spoke with James Blumenstock at ASTHO back in November, and I think that's the first time where I ever heard the figure of needing at least $8 billion to fund what we thought was kind of that initial wave of a vaccination program. The number's obviously a lot bigger now, and we know we need a plan, and so here's hoping that we do start to see progress with this new plan in place. There's one piece of kind of misinformation I want to talk to you a little bit about, and it's this idea about underselling vaccines. Talk to us about what does that mean? What are we hearing?

Dr. Irons: You know, I think it's what we get into when we talk about risks, and benefits, and pros and cons, and the need to provide context to the conversation. You know, Dr. Hotez last week said, and I'll quote this, "Right now public discussion of the vaccines is full of warnings about their limitations. They're not 100% effective. Even vaccinated people may be able to spread the virus. People shouldn't change their behavior once they get their shots." But what we need to stress is, it's going to save your life and it's going to save other people's lives. You know, we did the same thing with masks early on.

We said that doctors and health care professionals should wear masks, but the general public shouldn't wear masks, and it confused a lot of people. What's really important to note is that the Moderna and Pfizer vaccines are essentially 100% effective against serious disease, and we need to stress that there is light at the other end of the tunnel. Yes, we don't know about transmission, and until we get enough people vaccinated, we have to continue the public health measures. But the best way to persuade people to behave safely usually involves telling them the truth, and I think that we're starting to hear that message and we're on the road to that.

Unger: Well again, thanks to Dr. Peter Hotez, a friend of the COVID-19 Update and a health care hero for the message. It's with any kind of communication, it's keeping it simple for everyone because there is just so much out there in terms of miscommunication. Well, in closing and on that topic, are there any key messages that the AMA wants people to hear this week?

Dr. Irons: Yeah, two messages. On the 14th, the AMA strongly endorsed the decision by HHS to remove barriers to prescribing medication for opioid use disorder. The AMA had urged HHS to change the regulations last year in order to remove a major barrier, and we endorsed the decision last week. On the 12th, AMA President Dr. Susan Bailey, underscored the need for a coordinated, comprehensive federal response to the COVID-19 pandemic in a national address delivered by a livestream through the National Press Club.

She also focused on the need for a science-based approach to decision-making, highlighting the scientifically rigorous process that produced the COVID-19 vaccines, and urged Americans to get their vaccines when it's their turn. I think that for many of us in the science community hearing Vice President Biden's selections for his science team and elevating science to a cabinet-level position is something that in my wildest dreams I never thought would happen, but it does show that his team has heard about the importance of science, and I think that we're on a good path forward.

Unger: That's good. Well, good advice from Dr. Bailey. I can't wait for my 86-year-old mother to get her vaccine next week, and the same for me when it is my turn. That's it for today's COVID-19 Update. Thanks, Dr. Irons, for being here. We'll be back with another segment tomorrow. In the meantime, for resources on COVID-19 visit ama-assn.org/covid-19. Thanks for joining us. Please take care.

Disclaimer: The viewpoints expressed in this video are those of the participants and/or do not necessarily reflect the views and policies of the AMA.

A Physician’s Guide to COVID-19 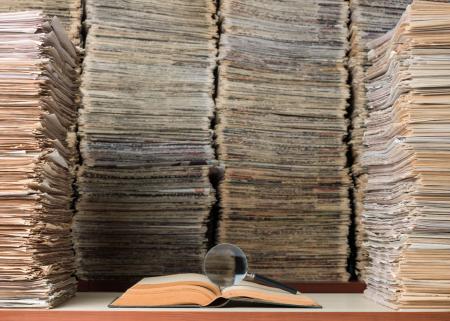 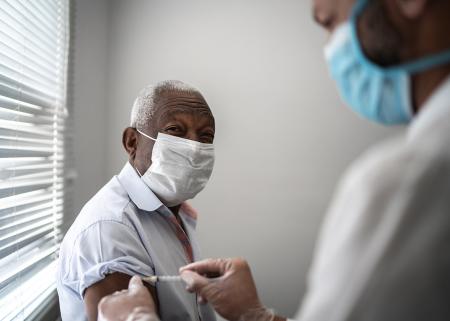 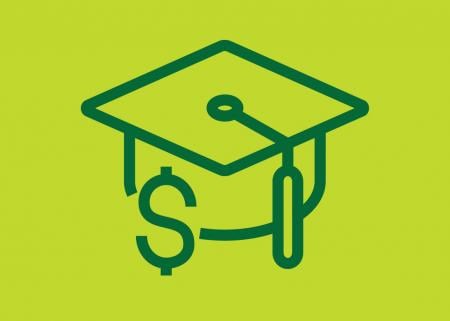