Serving a population made up largely of African-American and Hispanic patients, a Miami primary care and multispecialty group saw the same racial and ethnic health disparities in hypertension that are rampant in the American population at large.

But the team at Doctor’s Medical Center (DMC) was able to secure a 16 percent improvement in its BP-control rate by integrating their clinicians’ expertise with a robust EHR system and implementing a population-health management strategy, a team-based approach and evidence-based medicine.

DMC has 12 outpatient clinics, with 44 physicians and other clinicians providing care to approximately 50,000 patients, 27 percent of whom were diagnosed with hypertension. A majority of patients at DMC have low incomes and are living in the most underserved communities of Miami-Dade County, Florida. 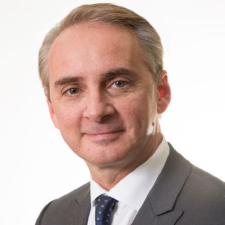 “We are extremely proud of this achievement because of the disparity among minority groups in reference to blood pressure control,” said Claudio Micieli, MPH, the chief operating officer of DMC, in a video presentation available for viewing on Target: BP™. “And for us, this success is so important because more than 90 percent of our patient population is minority groups.”

“There are a lot of social determinants that have an impact on the control of blood pressure among these patients,” Micieli added. “They’re at a high risk of developing not only hypertension, but cardiovascular disease and other complications.”

4 ways to partner with black patients to control hypertension

Here the steps DMC took with its successful hypertension-control initiative.

To determine the patient population, DMC used its EHR system and put together a protocol to screen each patient every time they came into their clinics. Of patients with hypertension, 51 percent were African-American and 40 percent were Hispanic, Micieli said. Nearly half had a comorbidity such as obesity and diabetes.

By flagging patients in their system, the physician and care team will see a potential opportunity to address BP control  at each clinic visit.

Create a care team. Once you understand the patient population and how many have uncontrolled BP, a care team needs to be put together.

“We move from the physician to the care team,” said Micieli. “And when I am talking about the care team, it’s not just the medical assistant and nurses. It is every single person—from the front desk to the patient’s driver.”

The most important member of the care team, however, is the patient. DMC provides patients with tools and counseling to help improve their lifestyles, but the group had to create a social services department to help overcome socioeconomic barriers.

“Sometimes people don’t have food on their tables or a way to get to the office,” Micieli said. “If the patient can’t come, we offer them a [ride]. We say, ‘No problem. We will pick you up and bring you back home.’”

Establish partnerships. Physician practices and health systems don’t have to control BP in African-American and Hispanic patients on their own. By creating a partnership, many of the tools and resources are available already, such as Target: BP.

“You don’t have to reinvent the wheel,” Micieli said. “Sometimes we want to do everything by ourselves, but every single ingredient that you need to be successful in controlling hypertension in your patients is out there. You need to establish those partnerships.”

He encouraged physicians and their groups to look to the subject-matter experts for guidance, such as the American Heart Association and the AMA. For example, DMC applied elements of these organizations’ BP Improvement Program to help with training their teams. To ensure accuracy in treating patients with hypertension, DMC also provided physicians and support staff with training every six months.

After reaching the initial goal of 70 percent BP control by 2017, DMC is now aiming for a BP control rate of 75 percent by 2018. Leaders there are continuing to assess their approach. 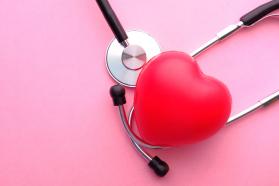 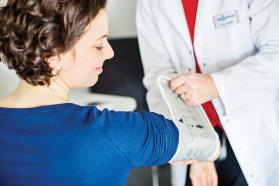 22 new measures will help you put BP guidelines into action