Growing up in Miami, Florida, Pilar Ortega, MD, had a Latino doctor and grew up in a community that included her family that emigrated from Spain and neighbors from Cuba, Venezuela, Puerto Rico and Central America.

It wasn’t until she was in college—and then even more so in medical school and residency—that she learned how unusual her situation had been and how acute the shortage of Hispanic physicians and health professionals is in the rest of the country.

While Hispanics make up the largest minority group in the U.S. with between 17% and 20% of the total population, they make up only about 5% of the physician workforce. 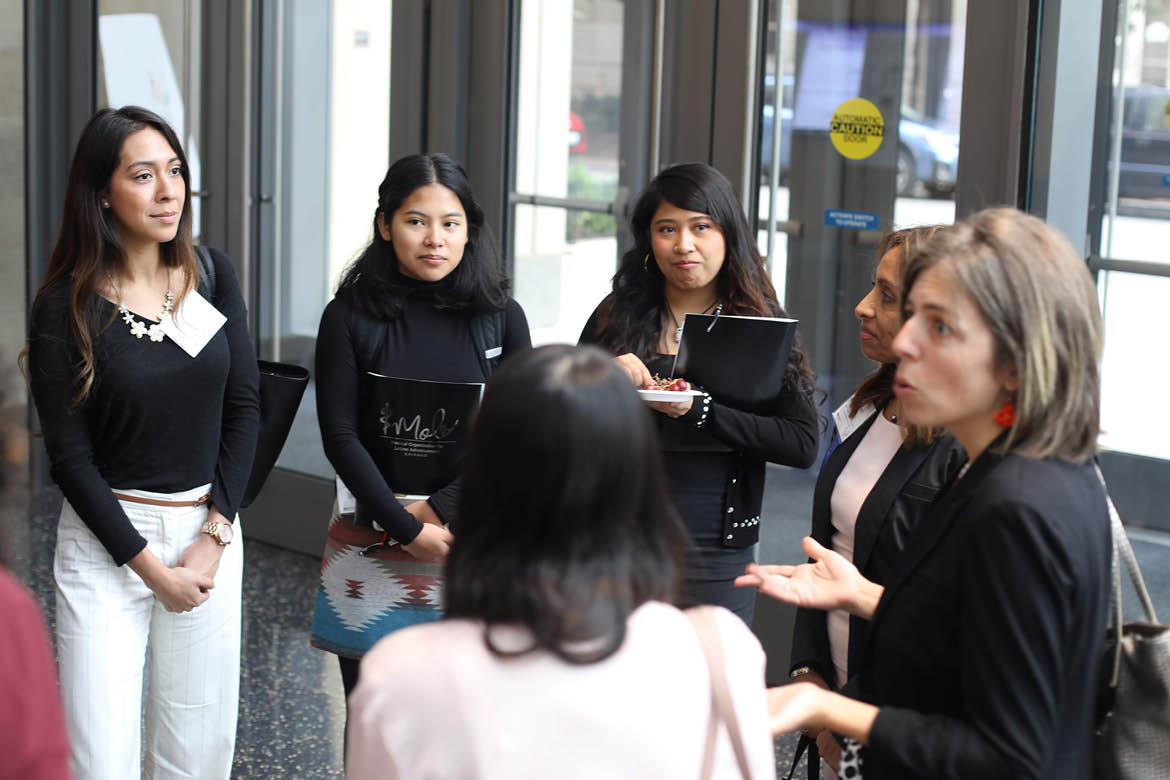 Now living in Chicago and practicing as an emergency physician, Dr. Ortega saw a need for an organization to support regional networking of Hispanic physicians as well as recruiting local students into the field and mentoring those already in med school or in training.

So, in 2017, the Medical Organization for Latino Advancement (MOLA) was launched. Dr. Ortega is the organization’s president. She is also assistant clinical professor with dual appointments at the University of Illinois Chicago Departments of Emergency Medicine and Medical Education, where she directs and teaches the Medical Spanish program for the College of Medicine’s Hispanic Center of Excellence.

There’s a need, Dr. Ortega said, “to see your mentee face to face and to connect with others doing the same research in the same city that you’re in.”

The organization has grown to 400 members, with about half being physicians, about 40% medical and premed students, and 10% are other health care and public health professionals.

Co-chairing the MOLA student committee are Richard Gómez, a Loyola University Chicago Stritch School of Medicine student originally from Dallas, and Itzel López-Hinojosa, a University of Chicago Pritzker School of Medicine student from the Chicago area. Gómez is a third-generation Mexican-American, while López-Hinojosa is the daughter of parents who immigrated from México.

For López-Hinojosa, MOLA has provided a culturally welcoming environment that she did not experience in professional or academic environments while in college.

“It was a whole different experience. You walk in and they’re serving food you enjoy, speaking in Spanish, you’re greeted with a hug and kiss—even though they just met you—and they pronounce your name right,” she recalled. “All these things seem so small, but they add up.”

While the friendly introduction sparked López-Hinojosa’s interest, what kept it was hearing the stories from the practicing physicians and learning why they got into medicine and how they chose their particular specialty which, she said, “adds to her vision” about her own career path.

Gómez describes himself as a “nontraditional” medical student. After graduating from Stanford, he worked for six years in business analysis and research before returning to school. During that time, he said he engaged with many medical students and residents about his path forward, but it was participation in MOLA that helped him “see the end product.”

Why the AMA is committed to a diverse physician workforce

Gómez learned about MOLA after meeting a Latino physician at a Chicago networking event for Stanford alumni. The physician told him that he was presenting at the upcoming MOLA research symposium and invited Gómez to the event. He’s been involved ever since.

“At the symposium, they focused on the fact that there’s limited data on Latinx patients and health outcomes,” Gómez recalled. “So, to be at an event where they openly discussed these limitations and called to address those and to be bold and try to expand the data and knowledge out there is really what inspired me to get involved directly.”

In addition to its focus on professional development, MOLA also has community-outreach events promoting wellness and getting high school students interested in medicine with career discussions and procedure-simulation exercises. There are also mixers with Hispanic law students to promote interprofessional networking, where Gómez said it was interesting to learn about law students having to choose a specialty much like med students do.

Gómez and López-Hinojosa share a vote on the MOLA board, and she said it’s been both “exciting and nerve-wracking” in casting votes on new board members and the organization’s direction regarding mentoring, scholarships and public health event programing.

“I’m sitting at the table with senior physicians and it’s really amazing,” she said. “They want to listen.”

The experience is giving her the confidence to present her own ideas such as bringing medical students into physicians’ homes for dinner and to “talk about the voyage.”

“It’s only going to get busier and the opportunities will grow significantly,” Gómez said.

Dr. Ortega said MOLA fits her philosophy that she passes on to students, which is to align who you are and what you value with your professional life.

“It makes it so much more meaningful,” she said. “So, for me, the experience of realizing that my identity as a Latina physician is critical to who I am and is something unique that I can contribute to students and to my patients—that makes all the difference in the world in terms of finding meaning and feeling satisfied with my work.”

Up
18
More about:
I’m speaking! How resident communications differ by gender
How to get up to 3,000 more Black people in physician pipeline
Women physicians underrepresented in cable news COVID-19 coverage
Featured Stories